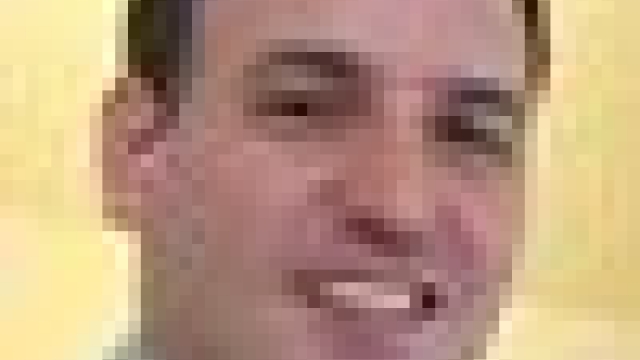 John Kissinger [01/12/2016 9:23 AM]
Keener did the first preliminary review before the book actually hit the market and just about killed the book at publishers level. It was all downhill for MacArthur’s Strange Fire after Craig S. Keener tore the book apart. Here’s more by De Arteaga, Charles Carrin, Keener and Frank Viola http://cupandcross.com/5-more-reviews-of-macarthurs-strange-fire/

John Kissinger [01/12/2016 8:19 PM]
Ricky Grimsley John Conger MacArthur is a solid scholar and his rapture teaching is beyond approach. That’s why it was so wired that he went with secessionism and this book after having a similar one back in the day. This time, however, there seemed to be tension in the Calvinistic camp because the conference began the end of Mars Hill’s Mark Driscoll. But that’s a different story. Like Dr. Vinson Synan wrote: “Write another book John.” http://renewaldynamics.com/2013/11/01/strange-fire/

Ricky Grimsley [01/12/2016 8:58 PM]
John macarthur is dead wrong about the rapture and he is sooooooo wrong about the mark of the beast. How can you trust a cessationist to be lead by the spirit.

John Conger [01/12/2016 9:01 PM]
He’s a solid scholar? Cause he agrees with you on the rapture? He’s a cessation is who teaches you can be saved after having the mark of the beast. Feel free to follow him if you want

John Kissinger [01/12/2016 9:05 PM]
Let’s be fair now! His study Bible with his early commentaries is really well pieced theologically. We cannot agree with his cessation and therefore the critique to his book. https://www.youtube.com/watch?v=B9Q9y6MSV0U

Link Hudson [01/12/2016 9:21 PM]
I haven’t read the book. I did see the main sermons at the Strange Fire Conference on youtube, and a break out session or two. I really don’t see why real students of the Bible would jump on the cessationist band wagon after listening to this. They didn’t make a Biblical case for cessationism that holds water.

The main argument seems to be that they don’t believe the gifts continue because it goes against their doctrine of scripture–which isn’t in the Bible. Using II Timothy 3 for it doesn’t make sense. If II Timothy 3 means the gifts have ceased, then they would ahve ceased before Paul got done writing the epistle and all the prophetic stuff John experienced in the book of Revelation couldn’t have happened.

Link Hudson [01/12/2016 9:26 PM]
Nadab and Abihu offered ‘strange fire’ that the Lord had not commanded them in the tabernacle. Some of the Reformers taught that doing church wrong was like offering ‘strange fire’. John Knox preached a sermon about it that you can hear on YouTube.

If we accept the premise that doing church wrong is analagous to offering the wrong kind of fire in the tabernacle… and I’m not saying that’s write, then who is offering the strange fire? I Corinthians 14 contains certain ‘commandments of the Lord.’ Look at the commandments in the passage. I Corinthians 14:26 commands ‘let all things be done unto edifying.’ So how is not allowing ‘every one of you’ do the things the verse mentions within the guidelines given in the passage obedience? The verse mentions having a psalm, doctrine, tongue, revelation, interpretation. The passage’s commands allow for speaking in tongues and interpretation, prophets speaking, and yielding the floor to one who receives a revelation.

If a prophet stands up to speak in the church where John MacArthur preaches, he would likely get escorted out by security and taken to the police like that one guy who stood up to rebuke John MacArthur for his cessationist error a few months ago.

Wouldn’t forbidding tongues and interpretation and the operation of the gift of prophecy fit more into the ‘strange fire’ category than some of the other things conservative Reformed folks are worried about in church? Some of these people try to apply the ‘regulative principle’ to what kinds of musical style they see in church, but ignore what is plainly stated in the one lengthy passage we have about what to do when we ‘come together.’

John Kissinger [01/13/2016 5:20 AM]
We received reviewers’ copies before the book ever hit the market. Dennis Balcombe Hanny Setiawan @Marius Lombaard did the review from the international point of world missions that no one else has done since. MacArthur was absolutely right on ch. 2 (I think it was) dealing with C. Peter Wagner and NAR. It would be great to read the book before actually commenting wholeheartedly 🙂 http://cupandcross.com/strange-fire-not-in-a-global-pentecostal-context-of-ministry/

Shall They Cast Out Demons?

Michael J. Dies Can believers be possessed, or demonized, by evil spirits? According to the article “They Shall Cast Out Demons” by Maureen Eha…