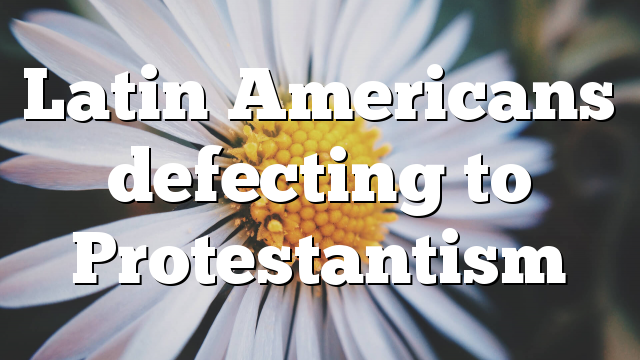 A new survey by the respected Chilean polling firm Latinobarómetro finds Latin America now to be only 59 per cent Catholic, down from 80 per cent in 1995.

Just five decades ago, in 1970, Latin America was 92 per cent Catholic. Mexicans, Argentines and Brazilians, for example, were born into the Catholic church and lived out their lives as Catholics.

However, after a half-century of precipitous decline, Latin America will no longer be majority Catholic by 2030.

Latin Americans have been defecting to Protestantism for decades. Now many are rejecting organised religion altogether…

Under the creative article title, “We Worship With Magi Not MAGA,” Christianity Today wrote, “The atrocity was in large part brought to us by the white…