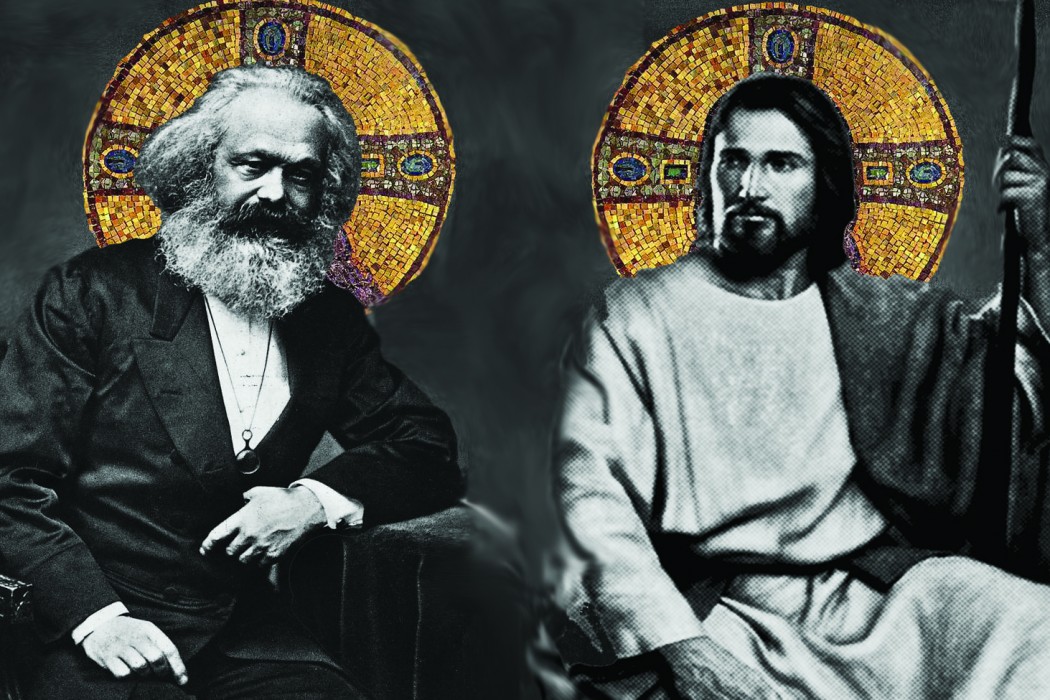 At some point, we are going to have to come to the place that we realize that Jesus was not a southern classic Pentecostal that religiously voted Republican. The sooner we realize this, the better.

Stan Wayne [10/13/2015 10:34 AM]
True – it is good to keep politics in general at arms length because it can arouse carnality in people but the alternative to Republican in this country has gotten very evil and it is hard for a Christian to survive in any other environment but republican now

Joseph Mcmahan [10/13/2015 10:36 AM]
Jesus didn’t go around tearing down other Christian brothers or sisters either. Being a christian doesn’t give you the right to go around slandering churches either.

Joseph Mcmahan [10/13/2015 11:01 AM]
That he did and he didn’t teach everybody how to slander one another or to slander the church because you have a rift with the pastor. Be careful with the grudge against the church and slandering the men of God. That’s dangerous ground

Peyton Gurley [10/13/2015 11:15 AM]
I understand what you’re saying, but you can’t take contending for the faith as tearing someone down. There’s a fine line. A lot of people, in our political correct culture, think merely quoting a Bible verse is hate speech. People think even mentioning Jesus is judgement. But I do agree with this post.

Timothy Nail [10/13/2015 6:41 PM]
I agree as any rational person would that Jesus was not from the south eastern section of the U.S. and He supersedes Pentecostalism and certainly was not a Republican but how is it that our coming to this already known conclusion sooner going to make things better?

Link Hudson [10/13/2015 7:22 PM]
Some people seem to think conservative economic philosophy is in the Bible, as if Adam Smith were one of the twelve apostles. Or that Jesus would have supported Democracy.

I’ve even heard the idea that God somehow inspired or led the founders of the US to write the constitution, and not just from Mormons. That’s really weird to me. So many people think ‘this nation was founded on Christian principles.’ There was certainly an influence, but there were also Masonic ideas, freemasonry, and various revived philosophies related to democracy that aren’t in the Bible.

Jon Sellers [10/25/2015 2:31 PM]
Pray to God for mercy that Hillary does not win. Hillary winning would be like Nebuchadnezzar taking Israel captive to Babylon. 😉

John Kissinger [10/26/2015 9:50 AM]
“some Christians say they cannot vote for Trump if he gets the nomination and would even rather see Hillary elected than to vote for Trump” Alan N Carla Smith

Alan N Carla Smith [10/26/2015 3:09 PM]
okay. Peter I’ll bite, can you please explain your reasoning that Jesus is made out to be a southern Pentecostal or even a Cali-Penti? Might I add do this without tearing anyone poster down. oh yea and why would Jesus vote Republican or Democrat?

Link Hudson [10/26/2015 3:24 PM]
Alan N Carla Smith I’ve been in some church services where it seems like te preacher wants to wrap the Bible and Christianity up American flag, preaching American nationaism and philosophy instead of scripture.

Even the left-leaning folks can do this with American philosophies when it comes to freedom and social justice and equality. Americans like to read their concept of ‘equality’ into scriptures where it isn’t there, both conservative and liberal.

FacebookTwitterSubscribe
Subscribe to receive all news to your email or phone: [wysija_form id="1"]
classicjesuspentecostalreligiouslyrepublicansouthernvoted