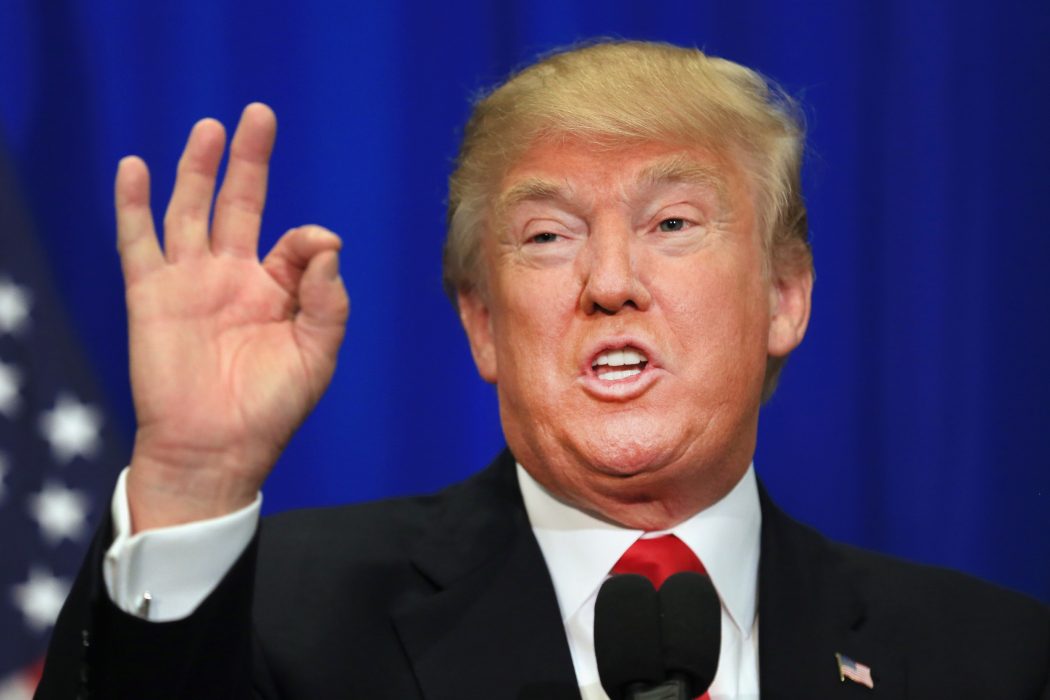 If President Donald Trump meets with Kim Jong-un, he will be the first sitting US president to confer with the head of the North Korean regime. The historic summit would give the president a chance to confront Kim face-to-face about his country’s severe human rights violations—which have concerned Christians, religious freedom advocates, and humanitarians for decades.

Trump’s not the only one with such an opportunity. US and South Korean officials are scheduled to meet in Finland this week with a North Korean diplomat, and Sweden is in talksto negotiate the release of three American citizens currently detained in North Korea. South Korea has now also proposed three-way talks with the US and North Korea, possibly at the Demilitarized Zone (DMZ) at the border.

The prospect of Trump’s meeting with North Korea has raised questions over what could be accomplished by coming together and concerns about the risks of reaching out to a country whose rhetoric and policy has long been hostile to the US.

While commentators around the world weigh in, I asked someone who knows the threat of North Korea like few others—John, a Christian refugee who escaped from the country.

Even though I work for Open Doors, an organization that has supported persecuted Christians for 60 years, I don’t hear from many people like John. Few North Koreans make it out of their home country, and those who do remain secretive to avoid retaliation on their family and friends.

This North Korean refugee had a warning for Trump and the American officials: “Do not underestimate Kim Jong-un.”

John went on to explain that even with the rest of the world buzzing about possible denuclearization, North Korea’s state-run newspapers continue to emphasize the country’s nuclear power as national defense, going as far as devoting a recent cover story to “underlining how, without nuclear power, Iraq had become colonized by Western invasion.”

If the Trump-Kim meet-up happens by May, as the president has announced, refugees like John and advocates for persecuted Christians want a discussion that goes beyond the nuclear issue to address the treatment of prisoners under the North Korean regime.

“If President Trump or other US representatives have the chance to talk to North Korean power holders, they must take this chance to advocate for Americans Kim Hak-song, Kim Sang-duk, and Kim Dong Chul,” said David Curry, CEO of Open Doors USA, referencing the three Americans imprisoned in North Korea right now. (Two are Christian professors from the country’s only private university.)

“We simply cannot afford to let these Americans stay another day on North Korean soil, or we risk more unfortunate outcomes like what occurred to American student Otto Warmbier.”

Warmbier was unjustly imprisoned on trumped-up charges—a pattern under Kim Jong-un’s rule—before finally being released to the US last year on his deathbed. He has become the poster child for how North Korea has treated Americans, a reflection of Kim’s disregard for human life and human rights.

As people who value all life and champion dignity for all people, it’s not just the Americans we are concerned about. “We can’t forget that President Trump has a unique opportunity to advocate for far more than just three hostages,” Curry said. “North Korea holds tens of thousands of Christians in various types of work camps, often jailing them for the crime of following Jesus or possessing a Bible.”

An estimated 250,000 North Koreans are held in prison camps, where they are subject to harsh conditions and unjust treatment. The number of Christians in the communist country has dwindled since the 1950s and ’60s, when—under the leadership of Kim Il-Sung—70,000 Christians were killed, set to labor camps, or banished to remote areas.

Open Doors’ partners in North Korea estimate that a small number of these banished Christians are still alive, along with about 50,000 of their descendants, and that another 50,000 believers are held in detention centers, prisons, or political camps.

“Christianity is regarded as a political crime and it is punished like one,” the North Korean refugee told me. “There is a great risk to hold the Bible in North Korea. The children, young and old, would not imagine talking about the Bible.”

His observation is confirmed by a report from a former prisoner who spoke with Open Doors, saying:

My parents were secret Christians, and when we were discovered, we were forcibly moved to a camp and accused of being a rebellious Christian family.

The fact that our family did not deny our faith was the only reason that we were not allowed to see, speak, or go anywhere. We had to live long years and suffer from the hardest labors. However, we confessed Jesus Christ as our Savior and kept our faith even under this hellish persecution.

For the 17th consecutive year, North Korea ranked as No. 1 on the annual Open Doors World Watch List, which documents the top countries where it is most difficult to be a Christian.

An Open Doors field office has been able to collect information about the prison system in North Korea, designed to punish and reform citizens through interrogation-based detention centers, ritual torture, and finally, labor camps where they serve their sentence.

One Christian woman described her detention: being forced to strip down for a cavity search, then placed in solitary confinement, a room just large enough for a single person to lie down, because of her faith. Pregnant prisoners were taken away for abortions. After violent interrogations, prisoners in labor camps continue to face physical and emotional torment. They work 12-hour shifts, receive a few hundred grams of food a day, and are not permitted to bathe themselves.

“Many Christians do not survive,” John added. “They are tortured and used to test biological and chemical weapons—a VX gas like the kind used to assassinate Kim Jong-un’s half-brother.”

“Christian women who become pregnant are especially targeted for this type of torture. It’s because they possess or read the Bible that they perish in this severe way,” he said. Under Kim’s rule, “Christians literally have to choose between life and death.”

Outside of the prison camps, conditions are better, but North Korean citizens—all of them—have lost their freedom and are forced to revere the country’s ruler and ideology.

A devoted fascist, Kim tries to regulate every aspect of society—what literature, radio shows, TV programs, and websites they can access; what they are allowed to believe; and even whether they are permitted to reproduce.

Given this reality, there may be no bars on the windows or locks on the doors, but make no mistake: The people who live in the northern part of the Korean peninsula are all prisoners in one way or another. And they too must be freed.

Perhaps it’s because of John’s faith, which grew in a climate of hardship, that he remains both cautious and hopeful about upcoming meetings between leaders from America and his country.

“I want Trump to address the 250,000 prisoners in North Korean prison camps. And the hunger citizens face,” he said. “I would like to see Kim Jong-un encouraged to open the door and take on the economic reform process. This is the beginning step to becoming a democratic society.”

Might Kim be convinced to take small steps to ease religious restrictions? John recognizes that once North Koreans can freely read the Bible and practice their Christian faith, they inevitably will begin to glorify God rather than the regime they have been conditioned to worship.

“If this truth is revealed, the root of trust in the Kim family will be shaken and there will be no place for Kim Jong-un,” he said. “There is no small step to religious freedom under the Kim family … unless the regime falls.”

Sarah Raymond Cunningham is the director of communications at Open Doors USA (opendoorsusa.org) and an author and researcher who studies community and connectedness. She is the host of the Truth or Dare podcast on iTunes and blogs atsarahcunningham.org.

Pastor Shane Brown gives a Bible-based teaching about the highest calling and priority of a Christian. http://www.prayerfaithministry.com Facebook Comments