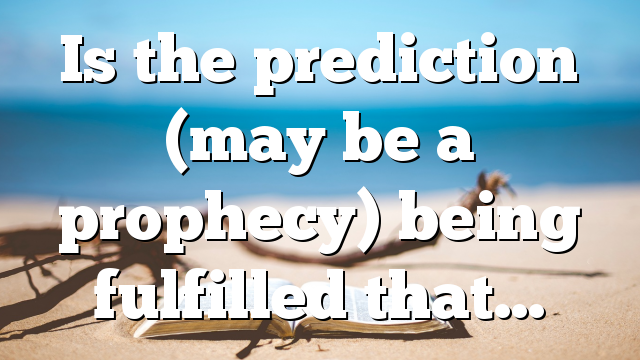 Is the prediction (may be a prophecy) being fulfilled that was given by a well known missionary, who was not a member of the CoG, but; however, was invited by General Headquarters as an outsider to address certain concerns of the CoG as it prepared for its General Assembly in 1986? He had stated that if the 1986 changes occurred, the end result would be lower financial income, smaller attendance and less emphasis on spiritual matters such as revivals, etc.