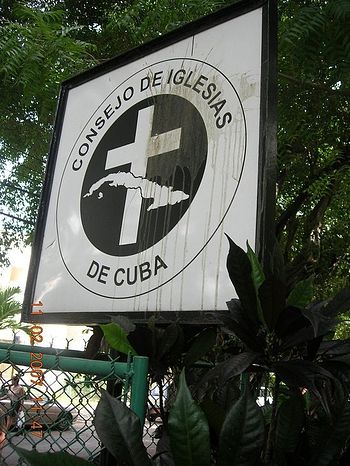 By Antony Bushfield
A Cuban government crackdown on Assemblies of God churches has seen at least 1,400 buildings seized.

Many have already been demolished, according to Christian Solidarity Worldwide (CSW). The charity says the churches had been earmarked for seizure in 2015 and so far many have been confiscated and destroyed. Pastors have been detained, harassed and their possessions have been seized. One hundred other churches face demolition in the coming weeks, CSW says, in what it describes as a major crackdown on religion.

The Assemblies of God churches are accused by the Cuban government of being illegal because they are not registered.

CSW has reported nine cases of harassment against church leaders in 2016, including those detained whilst their churches were being demolished. In one case Rev Mario Felix Lleonart Barroso was arrested hours before President Barack Obama arrived in Cuba on an official visit. CSW’s Chief Executive Mervyn Thomas said: “CSW is alarmed by the escalation of violations throughout Cuba, but humbled and inspired by the courage and perseverance of the many religious communities who continue to peacefully resist government pressure. “We remain disappointed by the broken promises for reform on the part of the Cuban government and urge it to change course.

“We call on the international community and in particular the United Kingdom, European Union and the United States government to stand in solidarity with Cuban citizens by pressing the Cuban government to halt these repressive actions.”

FacebookTwitterSubscribe
Subscribe to receive all news to your email or phone: [wysija_form id="1"]
assembliesbuildingschurchcubagodseizes