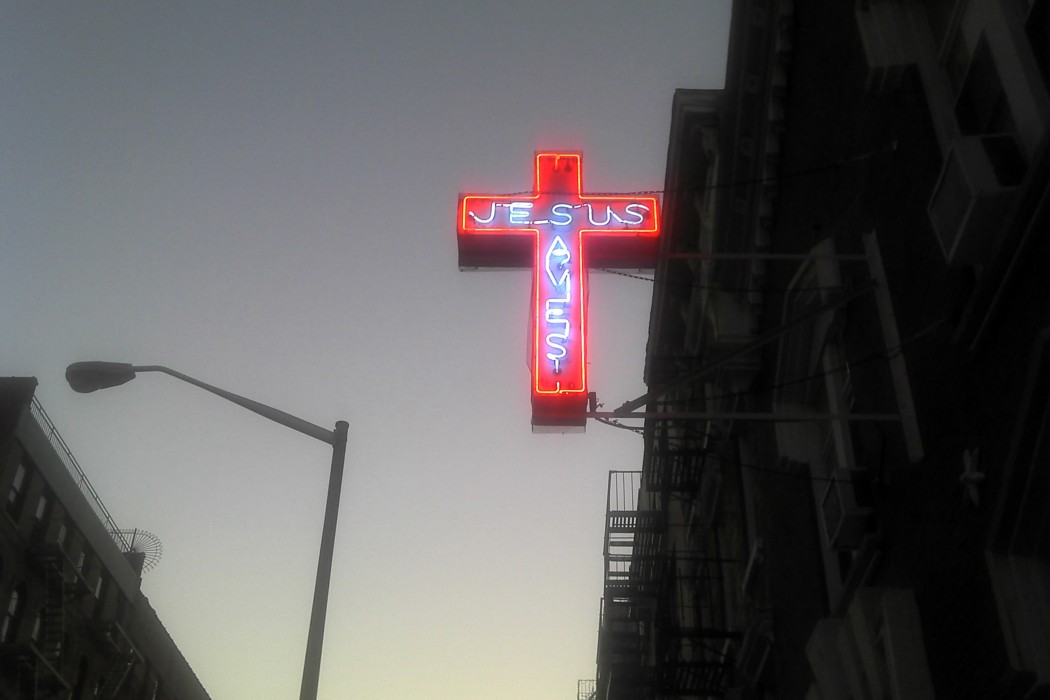 Is it possible for someone to lose their salvation? My thought on this is: you can lose your salvation, but I believe you must backslide to the point of turning away from God completely before you have lossed your salvation and are now bound for hell once again.

Billy Winneroski [01/01/2016 10:23 PM]
Well there is that scripture that talks about the “judgement seat of Christ,” and someone says, “didn’t I do this and that in Your Name?” That, to me, would make me believe at one point, the person at the judgement at that time, WAS once a Christian

Andy Thompson [01/01/2016 10:26 PM]
Yes I could name two things that are present in some modern churches. I am Not talking about murder or suicide either!

Brody Pope [01/01/2016 10:31 PM]
Wasn’t it Paul who wrote something about, shall I go on sinning that grace may abound, God forbid? Its Romans 6. And I believe that John may have written something about it too.

Josh Willis [01/01/2016 11:00 PM]
Revelations 3:5 says “He that overcometh, the same shall be clothed in white raiment; and I will not blot out his name out of the book of life, but I will confess his name before my Father, and before his angels.”

You take what you want from that scripture, but for me I’m going to do the best I can to turn away from sin. I don’t want to try and straddle the line of salvation by only having a little bit of sin. I want my salvation to be definite. Come Judgment Day it would be a terrible thing to almost get in but be just short of entering the Kingdom of God. An eternity of hell is a longtime to have regret of what you did or didn’t do. The pleasures of this life isn’t worth chancing your eternity if you know it’s wrong.

Stan Wayne [01/01/2016 11:07 PM]
I think justification is by faith alone – so overcoming means keeping the faith in the face of persecution and trial

Ed Brewer [01/01/2016 11:09 PM]
Can’t ‘lose’ it any more than you can ‘find’ it – salvation is not an ‘it’. As a man can’t simply ‘decide’ to be a Christian, he doesn’t just ‘decide’ to be a sinner. Apostasy is a process – it’s a death of a thousand self-inflicted spiritual cuts brought on by incremental abandonment of covenant relationship. A man doesn’t go to heaven because he has an ‘it’, but because he knows a ‘HIM’. Likewise, a man doesn’t accidentally wake up one day lost – free moral agency is the gift of our creation, and it is NEVER taken away from a man – God won’t make a man go to heaven that doesn’t want to go.

Charity Alewine Murphy [01/01/2016 11:17 PM]
I’m so glad you guys are posting this. I have recently waged this war inside thinking myself bc I do not believe once saved always saved.

John Conger [01/01/2016 11:58 PM]
Great question: let’s go straight to scripture and forget ideology. So many on one side or the other has their particular scripture that they love to us to back up their belief. But honestly both sides are wrong and right. Baptists will say we have been sealed with the holy spirit until the day of redemption and other will say Christ no longer effects us we have fallen from grace. Are either scripture wrong? ABSOLUTELY NOT. They are both correct. Yes we have been sealed but we can also add unnecessary things to the requirement of salvation and therefore make our faith void (gal 5) or Heb 10 says if we sin wilfully after having received the knowledge of the truth then there remains no more sacrifice for sin but a certain fearful fiery indignation that will devour the adversary. I believe this clearly makes a distinction between someone who is repentant and still struggles with son and someone who willingly and rebelliously sins. One is covered by grace in his short comings but the other is not. I do not belief we can stumble out of salvation, it must be a conscience decision. (Also what I believe about blasphemy of the Holy Spirit)

Timothy D McCune [01/02/2016 12:02 AM]
Furthermore I was raised that one could lose salvation, now I’m not 100% sure on it. I see that yes people do walk away from God and turn away, many argue those were never saved and use scripture to back up there position. And some here can post scripture to the opposition point saying salvation can be lost. I for one plan on living for Christ and if or when falter I will ask His forgiveness for my faltering into sin. Let me pose this question to the group. : Is it possible that we you and I have a sin ” any sin” no matter how small that we have forgotten about, since we have become Christians? Just one sin that we ( I ) did not ask forgiveness for that was forgotten in our minds but it’s a sin, unforgiven. Does that sin stain not send a soul to hell in the theory of ” losing ones salvation”?

John Ruffle [01/02/2016 4:35 AM]
There are people that turn to heresy that once we’re among us. Whether they were truly saved in the first place I know not. But salvation is not a one time ‘experience’ – it’s a life. Humans all go through conception and birth, but you’d never think it when being passed by madmen in Audis on the freeway / motorway.

Brian Roden [01/02/2016 10:02 AM]
The Parable of the Soils seems to point to two groups who gladly receive the word, but later due to persecution or the cares of the world, the plant withers or is choked out. That may just be referring to believers who don’t produce fruit, or it could be referring to those whose faith dies.

John Conger [01/02/2016 10:04 AM]
My wife was raised independent Baptist. Very adamant. When she married me I was the devil corrupting their child. I learned it doesn’t matter how many scriptures you point out. Ideology is more precious to most than the word

Curtis Fenison [01/02/2016 11:17 AM]
I was raised independent Baptist. Dad was the Theologian of Independent Baptist. We had a Print House and printed and distributed mainly this subject matter. It has taken many years to get the OSAS doctrine of devils out of my head so that I dont draw a blank when challenged to Brody Pope.

Curtis Fenison [01/02/2016 11:20 AM]
The main problem and danger with OSAS and its believers is; 1. They don’t recognize they are putting more faith in the doctrine to keep them saved then they are putting faith in Jesus Christ. I have several sisters. When discusing the matter I can tell the ones that have made OSAS an IDOL because they get furious and accuse me making them doubt their salvation.

Curtis Fenison [01/02/2016 11:37 AM]
2nd problem with OSAS is that it is a purposeful philosophical cancer that creates false security by subtly and deceptively replaceing ongoing sanctification as John Kissinger has posted.

John Conger [01/02/2016 11:37 AM]
My wife’s family truly believed they could act however they wanted and they would still be saved. They all cheated on their spouses. Turned out most of the guys were child molesters. (I don’t believe most Baptists are) I remember her parents attacking her one day about going to a Pentecostal church. I asked them point blank “we are the only children you have that live holy and serve God, isn’t that enough for you and her mom said ‘no'”.

John Kissinger [01/02/2016 11:38 AM]
outside of Pentecostalism there’s a craving for spiritual emotion that is often traded for what is neither spiritual nor emotional

Thomas Jackson [01/04/2016 4:46 PM]
The “great” Southern Baptist, Charles Stanley, says that if ever you had a “moment” of faith you are saved and nothing can take that from you. However. The Bible says things like “he who overcomes”, and “he who perseveres”, and “be faithful unto death and I will give you the crown of life.” Hebrews 6:4-9 speaks of a Christian having experienced all these things “and then to have fallen away.” Fallen away from what Charles? How many trees have you never been in and then fallen from them? Obviously, unless you simply must prove OSAS despite the facts, these verses are speaking to a Christian falling away. Verse 6 says “and then have fallen away”, followed by “it is impossible to renew then again to repentance.” For folks who want to know what the Word says, there is that “again.” You cannot bring someone “again” to repentance unless they have already repented. Of course some will agree to this point and then say, “But it doesn’t say they lost their salvation.” Keep going – in context – to verse 9 “it ends up being burned.” Rev 3:5 “he who overcomes will thus be clothed in white garments; and I will not erase his name from the book of life.” You would by necessity have to have some serious mental condition to believe OSAS – which is never stated in the Bible – over these verses which obviously state the contrary view.

It’s a privileged this morning… #ourCOG

It’s a privileged this morning… #ourCOG