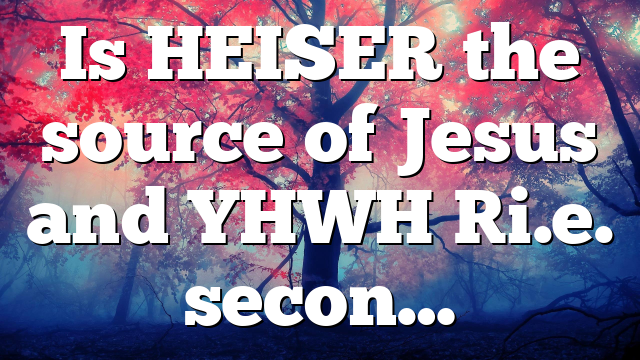 Is HEISER the source of Jesus and YHWH [i.e. secon d YHWH] being the same being? and demons (evil spirits) coming from the the Nephilims or is he just summing them up here?

DAYS OF PENTECOSTAL THEOLOGY: TONGUES AS THE INITIAL EVIDENCE OF THE BAPTISM

What a local church practices may not be in line with the statement of belief of the denomination or movement. However, generally an affirmation…