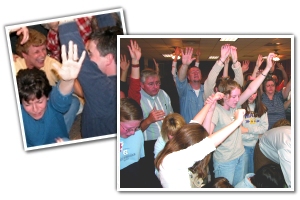 John Kissinger [09/02/2015 10:59 AM]
This is great BUT are you expecting his appearance in the clouds to take His Holy Church away from this world before the Tribulation starts? For some glad morning when this life is over, I’ll fly away…

Brenda Smith [09/02/2015 6:07 PM]
If the rapture happened in 70AD and we’re now 1000 yrs after the Millennial reign of Christ, where is the new city, the New Jerusalem? If this is the new earth, why do we still have seas, why is there still a raging evil in the world? Your statement is ??

Tim Anderson [09/02/2015 8:54 PM]
Here’s what I consider to be a neutral article for those of us who need a brush up on the subject, https://en.wikipedia.org/wiki/Amillennialism

Brenda Smith [09/02/2015 9:54 PM]
Not only that… the Apostle John would have been in heaven not the isle of Patmos to receive the Revelation from Jesus, for he surely would have been among those raptured in 70AD.

Today we want to take a look at the Apostles

Today we want to take a look at the Apostles’ Creed. ANOTHER EARLY MANUSCRIPTS THE APOSTLES’ CREED http://andnowyouknowmore.blogspot.com John Kissinger [11/09/2015 6:14 AM]http://www.pentecostaltheology.com/?s=creed