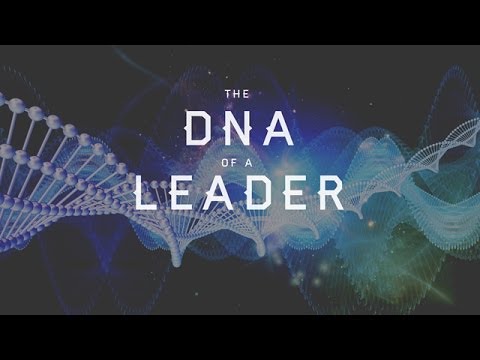 When the God-called leader Moses held up his arms over the valley, the battle went for God’s people (Exodus 17). Aaron and Hur were not appointed to take over, replace, or even advise Moses in the course of action that he was to take. They were to help him do what God had ordered him to do. Their job was supporting the leader’s arms to insure victory for those under his authority. Unlike many today, Aaron and Hur were quite content to play a supplementary role to Moses. Because they were satisfied with less than being the leader themselves, the war was won. Imagine the upset if they, as a committee of two, had decided to set aside the prophet and leader of God’s choice! Victory was promised, not if Aaron and Hur stretched forth their hands, but only if Moses’ hands were stretched. See Numbers 12 for a good example of what happens when God’s appointed leader and order are set aside. Because Aaron and Miriam presumed to tamper with God’s divine order they were smitten with leprosy. An example of man-made substitution for the divinely appointed leadership came when Moses was on the mountain. By popular consent, Aaron took over. He then constructed the golden calf and permitted the people to lapse into drunken debauchery and idolatry. His permissiveness is typical of those NOT called by God to be responsible for the flock. This lapse led to the moral breakdown and the death of many. (Exodus 32)

Korah and his fellow rebels stood against Moses. Brazenly they accused him of nepotism in setting up the rules for the priesthood. God exacted a terrible price for their presumption that they knew more than God’s appointed leader. When they moved to set him and his leadership aside, they ran into a storm of wrath from God which obliterated them and their families (Numbers 16).

They used the standard procedure of accusing Moses of presumption and pride–THEIR SIN. These people resent and resist the doctrines of God’s Word which teach judgment upon all evil doers. Jude 11 holds up these evil men up as examples to avoid. They made the common mistake of failing to understand that God reveals to HIS appointed leaders (fathers, husbands and God-called preachers) special insight and wisdom not given to others.

No human leader is above listening to counsel and weighing it prayerfully. However, this NEVER replaces God’s leadership for His chosen leaders. When God wants a job done he calls a man to do it. It is far more important to be in absolute submission to God than to any human authority. Paul remarked on one occasion, “Immediately I conferred NOT with flesh and blood.” Of the apostles and leaders at Jerusalem he said,”…they added nothing to me…” He did NOT go to Jerusalem to receive approval (Galatians 1:16,17). His commission was not from his apostolic peers but from God. The Holy Spirit sent out Barnabus and Paul (Acts 13:13).

Paul was forbidden of God to preach in Asia (Acts 16:6). In Acts 21:12,13, he was warned against going to Jerusalem. He disregarded the local church workers and apostles and went on as the Lord had shown HIM. These friends and peers were sincere, but mistaken in trying to interfere.

Peter went independently to visit Cornelius in response to the direct prompting of the Lord (Acts 10:11). Had he submitted the matter to the church and apostles for approval, it would have doubtless been turned down! When Paul was called to Macedonia (Acts 16:9), he did not send a runner to Jerusalem to see if Peter or the others of his peer group would approve this venture. Instead he moved swiftly and decisively to obey the voice of the Lord. God-called men must be free to move quickly and directly to do the will of God in any given situation.

Had Paul been a novice, he doubtless would have sought some signal confirmation for such a radical departure from the accepted channels and inclinations of his own mind and heart about the matter. Peer counseling and guidance must always be cooperative and never coercive. God’s people must remain free, at liberty, but not operating in license.

God never calls a committee, always a man, to do his bidding. This avoids bickering and indecisiveness and enables God’s program to move with speed and accuracy. The more people who become involved in a decision making process, the more slippage and margin for error of human wisdom is inserted.

A God-called pastor is able to guide his flock by love and example. He will need men around him to lean upon but they serve under his leadership. To assume equality with him in position would be the sheerest presumption. At all times he is the pastor and God will work primarily through him to provide leadership for the people in his flock.

A pastor who has caught the vision of being a true under shepherd (I Peter5:3) will lead by his example of laying down his life for the flock. This will create in true sheep a desire to emulate the shepherd as he emulates Christ (Philippians 3:8-17). This is a wholly voluntary following and can never become demanding or domineering. The urge to drive and dominate is not a godly quality, but involves witchcraft and manipulation, which are forbidden in Scripture.

While it is true that loving and tender compassion be expressed toward an erring sheep, this does not mean that anything goes or that there must be peace at any price. A shepherd must love enough to stand firm on Biblical principles, even if it leads to expelling erring ones from the fellowship of the flock (I Corinthians 5). Those who continue to rebel after being approached and urged to repent must not be permitted to continue to pollute the body.

Surgery, as drastic and severe as it seems, is preferable to permitting the poison of rebellion and stubbornness to permeate the entire group. Many men are too permissive to do this and thus are disqualified from ever being shepherds. Jesus was kind and tenderhearted toward sinners who were groping to understand their needs. However, with the hypocritical and self-righteous, He was very stern, abrupt and sharp.

Both Peter and Paul admonished the younger to be subject to and respectful toward their elders. “Likewise, ye younger, submit yourselves unto the elder. Yea, all {of you} be subject one to another, and be clothed with humility: for God resisteth the proud, and giveth grace to the humble.” (1 Peter 5:5) “Rebuke not an elder, but intreat {him} as a father; {and} the younger men as brethren;” (1 Timothy 5:1)

There may be occasions when older men fail God. In this event, the younger must step from under his yoke and, in love and respect, move on with the Lord. Be careful of attitudes here, for the impatience of youth often causes them to see things in a less than mature framework.

In Exodus 18:13,25, Moses chose the elders and they were directly responsible to him. There were no co-elders, but all were under his supervision. Elders were not even equal among themselves for they were given jobs of varying size and importance (Deuteronomy 29:10). Any church with co-elders is headed straight for trouble. A two-headed creature in nature is a monstrosity, as is a family with two husbands (heads). Elders are appointed to work under a head, not to be the head.

Equality of all the elders is a fallacy which has often been advocated. A master carpenter is certainly not co-equal with a young apprentice, although they both bear the title of carpenter. However, their training, background and the products of their labor are all vastly different. No matter how much potential the younger may have, he can never be classed as an equal of one, who by virtue of hard work, experience and training has earned his position. Elders were set in the church by the apostles (Titus 1:5). Certainly every pastor needs such older men around him for counsel and encouragement as the flock begins to grow. They must remember however, that he as pastor is like an apostle over them. They are therefore subject to him and his appointment. He is in his office by the call of God, they in theirs by appointment. There is a difference. (Isaiah 55:5) God ordained that his flock be led by a pastor shepherd, not run by a board. Down through history God has followed the same plan of calling a man and giving him a vision. He then equips and empowers the man to carry it out. Boards and committees almost always come after, not before the ministry. These must only implement, not lead nor direct the work. In both Old and New Testaments the pattern is the same. There is a God-called and anointed man selected to spearhead and lead the work God wants to do.

After a work for God begins to gain momentum, the man of God will draw to himself other men to become involved. As the supporting network appears, the most subtle danger also comes. There is a move to remove the work from the leader’s hands and begin to dictate and restructure the whole program. Human reason and planning attempt to replace the divine leadership. This is always a disastrous development for such presumption grieves the Holy Spirit.

FacebookTwitterSubscribe
Subscribe to receive all news to your email or phone: [wysija_form id="1"]
godsLeadershipplan

In Revelation 19:16, of which kings is Jesus king?

KJV Rev_19:16 And he hath on his vesture and on his thigh a name written,
KING OF KINGS, AND LORD OF LORDS.

We know that Jesus is the Christ/son of David and thus king of the Jews, or at least will be in the 1000 year reign. When is or will he be king of other kings? Is he or is he to be one king over many kingdoms with Jesus ruling over the other kings? Or is the idea that the nations are “rolled into” Israel?:

YLT Rev 11:15 And the seventh messenger did sound, and there came great
voices in the heaven, saying, `The kingdoms of the world did become
those of our Lord and of His Christ, and he shall reign to the ages of
the ages!’

Who are the “kings of the earth”?