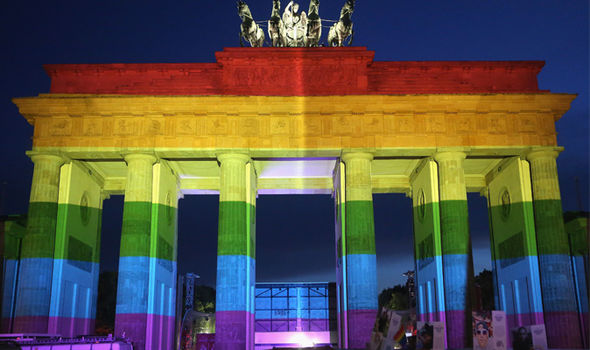 BERLIN – German lawmakers voted Friday to legalize same-sex marriage after a short but emotional debate, bringing the country in line with many of its Western peers. Though Chancellor Angela Merkel voted against the measure, she paved the way for its passage by freeing other members of her party to vote their “conscience.”

Lawmakers voted 393 for legalizing “marriage for everybody” and 226 against, with four abstentions. Merkel said Monday that lawmakers could take up the issue as a “question of conscience,” allowing members of her conservative coalition, which has been against same-sex marriage, to individually vote for it.

Germany has allowed same-sex couples to enter civil partnerships since 2001, but has not granted them full marital rights, which include the possibility to jointly adopt children. The new law won’t take effect for several months because it still needs to pass the upper house of Parliament and be approved by the president, though those are formalities. It is also expected to face legal challenges.

Merkel told reporters after the vote that her vote against the measure was based upon her reading of the country’s law concerning marriage and that she did think gay couples should be able to adopt. Germany’s basic law is vague, saying only that “marriage and the family shall enjoy the protection of the state,” but Merkel said that for her “marriage as defined by the law is the marriage of a man and a woman.”