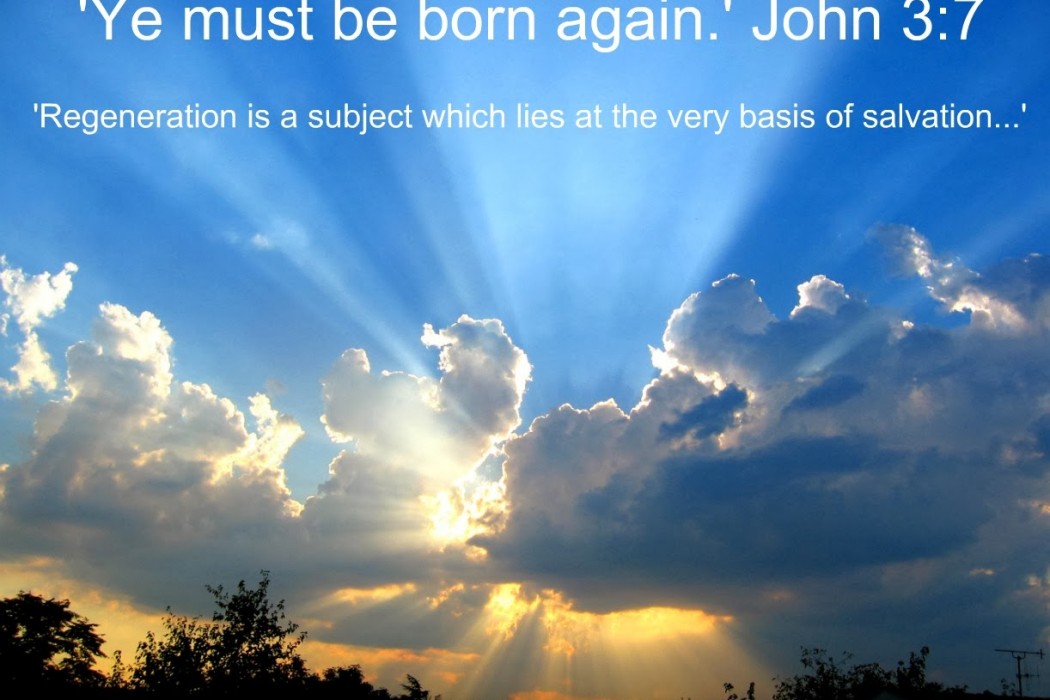 John Kissinger [06/30/2015 3:35 PM]
As already indicated in a previous discussion with Barry G. Carpenter on this scripture, free will here is clearly indicated by personal choice – some received Christ and some did not. We should not take the_nature_ of the new birth, “of God” and render it the_cause_ of believing. Bill Coble Alan N Carla Smith Rick Wadholm Jr Charles Page

Charles Page [06/30/2015 3:59 PM]
the cause of believing is the hearing of preached scripture and the assent of the regenerate to it.

Charles Page [06/30/2015 5:36 PM]
yes, Norman Geisler is a Calvinist! -moderated Calvinist. It is by and through the faith of God that we are saved. Geisler boast of a work of man that brings about salvation.

John Kissinger [06/30/2015 5:43 PM]
Just a clarification on your previous comment, the verse says “born of God” not “born of the will of God” Seems like God wills to save “as many as received Him” but they have to receive him first.

John Kissinger [06/30/2015 6:19 PM]
John 1.12 indicates that people become children of God by faith. That is, upon believing, God gives them the right to become something that they were not prior to believing – children of God. John 1.13 then clarifies that they become children of God not from human ancestry (that is the significance of ‘not of blood, nor of the desire of the flesh [which equates to sexual desire that might lead to procreation], nor of the will of a husband [who was thought to be in charge of sexual/procreative activity]’), but from God, describing their becoming children of God as being born of God. ‘Becoming children of God’ and ‘being born of God’ are parallel expressions referring to the same phenomenon

John Kissinger [06/30/2015 6:34 PM]
No label – just clarifying that what you refer to as “WILL” simply means manly desire or as the NET Bible properly translates: “children not born by human parents or by human desire or a husband’s decision, but by God” (John 1:13)

John Kissinger [06/30/2015 6:38 PM]
Verse never says ‘will of God’ just ‘of God!’ You are imputing your newly acquired theological conviction on the verse, thus implicating theology which is not contained in this scripture. The phrase ‘will of God’ is simply not there. Verse clearly states ‘of God’ alone. #SolaScriptura

Charles Page [06/30/2015 7:44 PM]
you have to deny original sin and total depravity to affirm the will of man. You have a right to boast of your salvation!

John Kissinger [06/30/2015 7:45 PM]
Not really. But you have to deny Adam had free will to advocate no human will in salvation. One way or the other the topic here is not systematic doctrine itself but the meaning of John 1:12-13 #SolaScriptura

Barry G. Carpenter [06/30/2015 9:31 PM]
I have no idea where this “will of the husband” is coming from. I tried to make this point with Jon but I have received no satisfactory answer. It is certainly not in the text and completely goes against the simple, natural reading of the text. Charles Page is correct to assume a “free will” denies radical (total) depravity. It must. Also, this IS about systematic theology because this verse does not stand alone in space but within the bounds of a Biblical Canon. Therefore this passage (like every other) cannot be in contradiction to the remainder of the canon. Please let me take another approach. To be consistent in our reading of the Bible IF “will of man” means “husband” here then it must have the same meaning where ever else we encounter the phrase. I am still waiting on an explanation of “husband” BUT let’s assume this is correct for the sake of argument. How does “husband” relate to the same phrase found in 2 Peter 1:2″ For the prophecy came not in old time by the will of man: but holy men of God spake as they were moved by the Holy Ghost.” –?

John Kissinger [07/01/2015 5:41 AM]
The first word here (????, anhr) is often used for a husband, resulting in the translation “or a husband’s decision,” or more generally, “or of any human volition whatsoever.” L. Morris may be right when he sees here an emphasis directed at the Jewish pride in race and patriarchal ancestry

The second word thél?ma (from thél?, “to desire, wish”) – properly, a desire(wish), often referring to God’s “preferred-will,” i.e. His “best-offer” to people which can be accepted or rejected.

Pentecostal Theology [07/01/2015 6:12 AM]
Here we go guys. Hope this helps the discussion http://www.pentecostaltheology.com/d-a-carson-the-gospel-according-to-john-monergism-will-of-husband-free-will-to-receive-salvation/

Barry G. Carpenter [07/01/2015 6:30 PM]
(OSAS)- I think this is off topic & will only bring confusion/distraction to the topic at hand. May we please stay with the John passage for now? Greek nouns have gender while English nouns do not. The classic example in most Greek grammars is death (masculine) and sin (feminine). “Writings” and “hour” are feminine nouns. Now, does this mean that every time we see “Writings” (often translated as “Scriptures”) that it is referring to female writings? Of course not. For ex.: Matt. 9:10 “Then it happened that as Jesus was reclining at the table in the house, behold, many tax collectors and sinners came and were dining with Jesus and His disciples.”
Do we atomize this passage and conclude that the word sinners (????????? ) is feminine that Jesus was dining with Publicans and sinful women? No. We recognize the context and see although the word translated as “sinners” is fem. in Greek (always) context will determine who the word is referring to (in this case used generically).
John 1:13 “men”= ???? (I’ll use Stronge’s as it is the most accessible- ie., available online).
Definitions:
-with reference to sex; of a male; of a husband; of a betrothed or future husband; with reference to age, and to distinguish an adult man from a boy; any male; used generically of a group of both men and women.
Certainly, ???? is used sometimes (seems more so in the KJV) for husband but it is also used for “humanity” (in the generic sense to include both men and women). So, how do we determine which definition fits the noun? Context!
You (Jon) have already acknowledged the universal character of the passage (John 1), and every first year Bible student knows John focus of his writing is to a universal audience. Does John deal with Jews? Yes, as we can see in chapter 3, etc. But in chapter 1 the language is universal (“every man,” – “world’- etc.).

Mark 10:12 “And if a woman shall put away her husband, and be married to another, she committeth adultery.” (KJV)
The word here is ????- but why is it translated “husband” and not just adult male or used as humanity? It is because the context is most specifically in reference to marriage.
Many Greek words have multiple definitions (examples in English: “love”-“world”- etc.). So what must be the determining factor of the meaning? Context.
YOU: “The second word thél?ma (from thél?, “to desire, wish”) – properly, a desire(wish), often referring to God’s “preferred-will,” i.e. His “best-offer” to people which can be accepted or rejected.”
> How is this referring to “God’s preferred will?” Thelema is a generic term. AND it is specifically connected to a phrase : “will of men.” I don’t want to be rude but from these series of posts I am concluding that many here have no concept of context. 🙁

John Kissinger [07/01/2015 7:01 PM]
As noted in the split discussion ?????? (noun gen. masc. sing.) is translated as husband or male everywhere in the NT. And rightfully so since translated only as man would make no sense in the many occasions used in connection with wife. Some Slavic MSS following Byz./TR even specify as “male desire” or even “male lust” so the rendering “will of man” (especially in its theological term as implied in this discussion) is left without textual support.

Jim Powell [07/06/2015 8:27 AM]
John 6:37, 39, 44, 65; 8:34. These verses imply that we as human beings are not ”free”, do not have ”free will” but we are sinners by nature, born with a will that is not free but corrupted by sin. Man was created upright, moral, and righteous but when man sinned against God he lost that original righteousness and the will that had been free was now corrupted, everything was now tainted, ruined by sin. Whoever sins (all of humanity) is in bondage to, or the slave of sin as Jesus taught. Through regeneration the Holy Ghost renews the will causing the person to be enabled to become willing now to receive Christ, turn from sin, believe and obey God’s Word which means salvation is of the Lord as scripture teaches us (Ezekiel 37:26-27; Jonah 2:9).