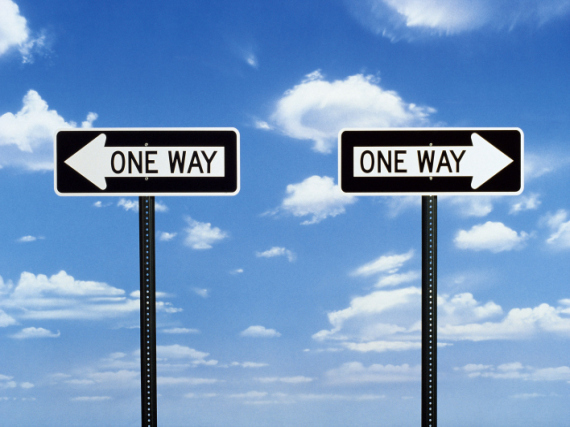 Charles Page [10/14/2015 12:40 PM]
trying to understand if Mike is open theist or moderated Calvinism – he seems to going against Arminianism.

Link Hudson [10/14/2015 5:33 PM]
I suppose an open theist could theoretically believe in 5-point Calvinism. But usually, Calvinists tend to be into determinism on issues other than predestination of the saints.

Charles Page [10/14/2015 5:49 PM]
Calvinists tend to be into determinism: double predestination, reprobation and not just predestination of the saints!

Link Hudson [10/14/2015 6:14 PM]
Charles Page, what is your problem with the article. Do you disagree that the crucifixion of Christ the ‘Lamb slain from the foundation of the world” was predetermined? Some things clearly are definitely determined, but the Bible seems to indicate that certain other things are not.

Link Hudson [10/14/2015 6:17 PM]
Charles Page, my mind still stays open on that issue, but I believe some things are predestined. We all do, if we believe that there are unfulfilled prophecies that are yet to be fulfilled in the Bible.

I believe in the elect being predestined to heaven however their behavior is not determined. Contrary to the article I believe in a distinction between foreknowledge and omniscience.

Omniscience is God eternal pre-vision. Foreknowledge is His decrees and they cannot be prevented, it is settled from eternity.

The only certain determinations are the names recorded in the book of life and the lamb slain from before the foundation of the earth was laid. Lambs book of life!

Link Hudson [10/14/2015 6:51 PM]
Charles Page why would foreknowledge mean predestination when the word is ‘foreknowledge’?

Charles Page [10/14/2015 6:56 PM]
those who God foreknew (not foreseen) he also did predestine. Predestination and foreknowledge are synonymous.

You can’t confuse God’s desired will with his decrees. Who He decrees to salvation will be saved, effectually, and what he desires is his providential care and is conditional with man’s free exercise of will.

Romans 8:29
For whom he did foreknow, he also did predestinate to be conformed to the image of his Son, that he might be the firstborn among many brethren.

Charles Page [10/14/2015 7:20 PM]
both classical Arminians and moderated Calvinist (OT) want to say the same thing about man’s free will; that it is compatible with God’s sovereign will. God saves according to God’s ‘for seeing’ who will believe.

There are Arminians who deny man’s depravity and hold to Pelagianism.

Ricky Grimsley [10/15/2015 7:00 AM]
I read the article and i completely disagree with it. I think that arminianism is just calvanism with a pretty bow. What is the difference between a god who determines you go to hell or a god who creates you knowing you are going to hell. Either position violates all the scripture where god repents, tests, shows emotion, or decides.

Charles Page [10/15/2015 11:43 AM]
What is the difference between a god who determines you go to hell or a god who creates you knowing you are going to hell? good question

Ricky Grimsley [10/15/2015 12:01 PM]
My personal answer is that i dont believe god has exhaustive foreknowledge. I dont think he knows the future as a fact yet because it doesnt exist yet. I believe that prophecy is more of god making it happen than knowing. Like this.
Matthew 26:56 KJVS
[56] But all this was done, that the scriptures of the prophets might be fulfilled. Then all the disciples forsook him, and fled.
This happened because it was written not because it was seen and then written. Imo

Ricky Grimsley [10/15/2015 1:47 PM]
Im saying that god knows everything that can be known. He knows every possibility. He declares the end from the beginning but the middle is filled with freewill choices. Think of gods response to abraham at the sacrifice of isaac. NOW I KNOW that you will not withhold thy only son. As in god just now knew for sure. Take for instance king saul. Jacob prophesied that the “scepter would not depart from judah”. However the people israel rejected god as their king perhaps earlier than he planned and god gave the kingship to the tribe of benjamin first but it was never going to last because his original plan was for judah to reign and david wasnt ready yet. Imo.

Ricky Grimsley [10/15/2015 2:33 PM]
Well i dont necessarily believe in “middle knowledge”. What i believe is that god knows every possible outcome but not always what you will do. The case of the abraham/isaac sacrifice. How else do you explain god changing his mind.

“The Christ of Christmas” Complied and edited by, Luchen A. Bailey, D. Litt Sometime around 1955, we visited Knott’s Berry Farm in Southern California….