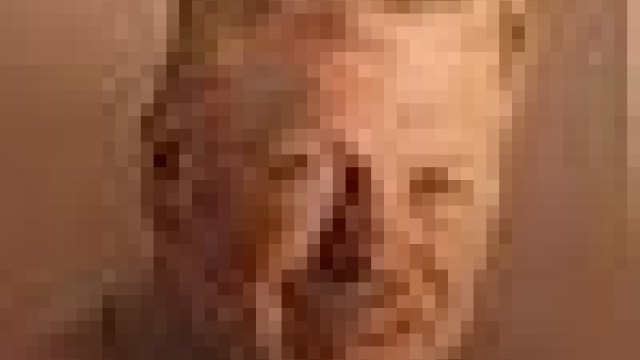 Question for those who do not belief in gap theory. When do you say dinosaurs lived? Also about light from stars etc? Was the light created in transit?

Randy Buchanan [01/02/2016 9:11 PM]
I don’t buy the traditional gap theory. I think the 24 hours days did not start until after the third day. All previous day’s could have lasted for any amount of time.

It was not until the third day that time existed, “And let them be for signs and for seasons, and for days and years…”

Joshua Silva [01/02/2016 9:24 PM]
I don’t believe the dinosaurs ever lived…I had a feeling it was always just a lie…with all these dinosaur bones bull.

Brian Mathis [01/02/2016 10:19 PM]
There is some evidence that they coexisted. Given the rate at which animals go extinct in 6000 years it is possible. The fossil record indicates a catastrophe wiped them out. The flood would explain it. Never gave much thought to the light point.

Stan Wayne [01/02/2016 10:44 PM]
this is interesting but for some reason, contentious – but it is difficult to understand rejecting fossil evidence of extinct animals and starlight being ancient

John Kissinger [01/03/2016 5:56 AM]
like Ricky Grimsley always says: which scripture verse(s) are we working with here John Conger or are we discussing Jurassic park?

Ricky Grimsley [01/03/2016 8:21 AM]
Its possible that dinosaurs and humans lived together. The “sons of god” didnt just make human/angel hybrids but also animal. I think these verses elude to that. Genesis 6:7,11-12 KJVS
[7] And the Lord said, I will destroy man whom I have created from the face of the earth; both man, and beast, and the creeping thing, and the fowls of the air; for it repenteth me that I have made them. [11] The earth also was corrupt before God, and the earth was filled with violence. [12] And God looked upon the earth, and, behold, it was corrupt; for all flesh had corrupted his way upon the earth.

Trust Hollywood for good theology do not.

Brian Mathis [01/03/2016 4:59 PM]
You can also look at Dake’s Pre-Adamic theology if you have issue with time frames. If it was correct the fossil record would be from the first earth. All of which is prior to the Genesis account.

John Conger [01/03/2016 5:05 PM]
Lol I know what I believe. I was asking those who don’t accept the gap theory. Most young earth people that I’ve heard either say dinosaurs aren’t real orthey coexisted with man. Both of which make us look like fools to the world. We should never taylor our beliefs to the world’s view but I also believe that while scientific theory does not always support scripture, scientific discovery does

1. Where lost souls come from? 2. Where the demons come from? 3. When did Satan fall from the Heavens? 4. How did 1/3 of the angels fall with Satan? 5. Why do the Bible tells us TWO creation stories? 6. Why was earth created staples and void (this brings to perspective flat earth vs a globe as well)? 7. Why do the Bible tells us TWO flood narratives? 8. Age of earth? 9. The disappearing of the dinosaucers and why where no dinosaucers in Noah’s ark? 10. The whole doctrine of Original sin and its coming into man’s flesh?

Just try to explain the above without pre-Adamic race GAP theory and you will see for yourself… #ourCOG http://www.pentecostaltheology.com/gap-theory-creationism/

Mike Albright [01/04/2016 9:56 AM]
My answer to the OP: 1. Dinosaurs went on the ark with Noah. They are mentioned in the book of Job and are contemporary with him. 2. The speed of light is not constant, which has been scientifically demonstrated. It is much faster in the void of space.

Ricky Grimsley [01/04/2016 10:03 AM]
Much faster….? Like double or triple? It would have to be almost infinite for adam to have noticed stars right after creation. Saying job mentions dinosaurs is reaching. One of those creatures is the devil.

Stan Wayne [01/04/2016 10:04 AM]
Mike – I understand the hypothesis but try as many may these kinds of young earth positions just don’t hold up to scrutiny – unless it is unspiritual to scrutinize them – consider:

3) even with your light speed hypothesis – how many speedy light years away are you saying stars are? 6000 or more?

Stan Wayne [01/04/2016 10:10 AM]
I think demons are not dispositive of this matter because they may be unrelated to our time scheme and could have been created and fallen long before Gen 1:1 – the eternal and physical realms being so different

FacebookTwitterSubscribe
Subscribe to receive all news to your email or phone: [wysija_form id="1"]
beliefgaptheory

Christ died to take your sicknesses

Promise for the Day – Christ died to take your sicknesses. (Finis J. Dake)