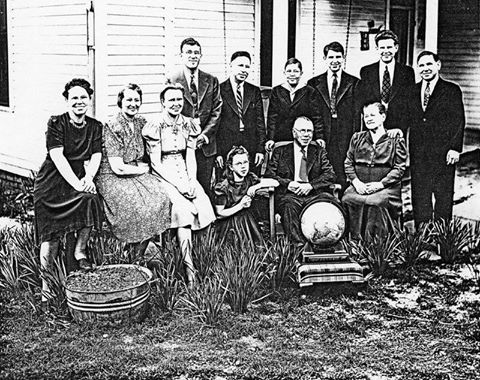 The public is invited to help commemorate the First Assembly that took place in January 1906 that birthed the Church of God and the Church of God of Prophecy. The event will be held at the First Assembly House near Fields of the Wood in Murphy, North Carolina. The program will begin at 11 am and will include a reading of the First Assembly Minutes, comments by Dr. Harold Hunter, director of International Pentecostal Holiness Church Archives and Research, an inspirational challenge by Dr. David Roebuck, director of Dixon Pentecostal Research Center, praise and worship and special comments. Following the service, the Burger Mountain Café at nearby Fields of the Wood will be open for lunch and fellowship.
First Assembly Commemoration Service
January 26, 2017 • 11 am

Has it been resolved as to which came first the holiness (fire baptized movement) at Charleston, TN or the Church of God at Tellico Plains? It does seem that the fire baptized group was first.

The present Pentecostal movement began in the American Midwest in 1886, in Monroe County, Tennessee, near the North Carolina border. It spread west and triggered a movement called the Azusa Street Revival in Los Angeles, California in 1906, which lasted three years and served as a launching pad to the Pentecostal movement in the United States. With a strong and established presence in the Midwest and emerging occurrence in Southern California, the Pentecostal movement eventually spread to all corners of the United States. In the next decade, several Pentecostal churches were founded and eventually Pentecostal denominations were formed before 1920. For the next several decades if a person had a spiritual experience characterized by Pentecostal manifestations, they would for the most part, be kicked out of their church, leading them to eventually to join one that taught, supported, and encouraged people to seek Pentecostal experiences. Pentecostal churches and denominations grew during these decades. Some of the growth can be attributed to “new growth”; that is, people who formerly were not Christians and did not go to church. Yet many of the numbers can be attributed to “transfer growth”; that is, people who were already Christians and attending elsewhere who were force to leave and join a Pentecostal church.

The last kingdom on planet earth