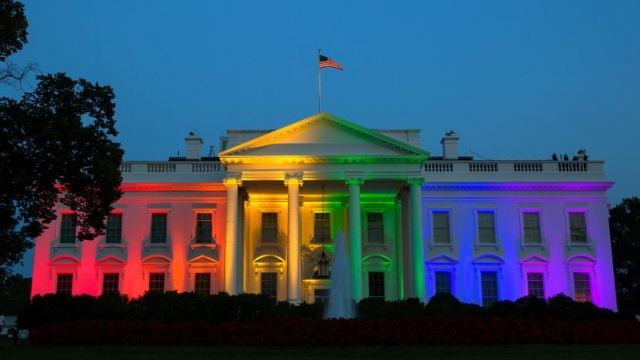 WASHINGTON – The House on Thursday is set to pass sweeping legislation prohibiting discrimination on the basis of sex, sexual orientation and gender identity, though it faces an uncertain future in the Senate.

The Equality Act would amend existing federal civil rights laws to extend protections for LGBTQ Americans in what Democratic lawmakers and advocates say would make significant progress toward legal protections for all Americans. It is one of President Joe Biden’s top legislative priorities.

An increasing share of Americans self-identify as LGBT, according to a new report released as the House was set to vote on legislation that would bar discrimination on the basis of gender identity and sexual orientation.

The House previously passed the Equality Act in 2019, but the legislation stalled in the then GOP-controlled Senate. The newly introduced bill has support from Democrats and President Biden, who last week urged Congress to pass the legislation, arguing it represented “a critical step toward ensuring that America lives up to our foundational values of equality and freedom for all.”

Republicans have voiced opposition, including over concerns that the bill would fail to protect religious freedom.

Some 5.6% of U.S. adults now consider themselves to be lesbian, gay bisexual or transgender, according to new Gallup survey results from more than 15,300 interviews conducted in 2020. Nearly 87% said they’re straight or heterosexual, and 7.6% gave no response.

About one in six adults in Generation Z — that is, people born between 1997 and 2002 — identifies as LGBT, Gallup found. “One of the main reasons LGBT identification has been increasing over time is that younger generations are far more likely to consider themselves to be something other than heterosexual,” the report said.

Gallup didn’t regularly measure this question in 2018 or 2019, but when it asked a yes-or-no question about LGBT identification in previous years, the share of adults identifying as such steadily inched up from 3.5% in 2012 to 4.5% in 2017. During those years, about 5% said they had no opinion.

FacebookTwitterSubscribe
Subscribe to receive all news to your email or phone: [wysija_form id="1"]
actequalityforHousethetodayvote