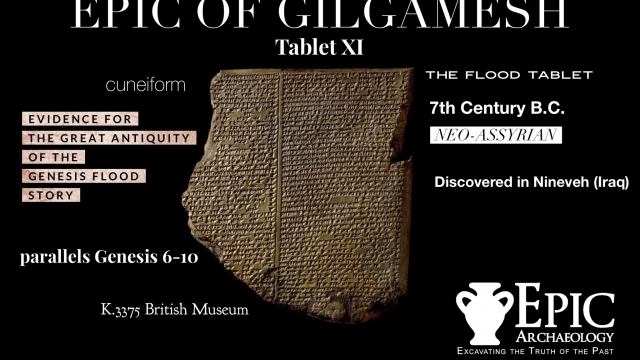 Epic Archaeology is going to Turkey!

From the very beginnings of recorded human history, in the oldest historical inscriptions of civilization in ancient Mesopotamia, humans have marked the beginning of their history as being “…descendants of a great flood.” The question is, is there any truth to these traditions and inscriptions?

The Bible, of course, also presents the story of a great world-wide flood in the Old Testament book of Genesis. In Genesis 6-10, the Bible records the events which lead up to the flood, as well as the account of a man [Noah] and his family, and how they survived it, by constructing a great “ark” which preserved he, his family and a great number of animals from certain destruction. According to the Bible the great wooden ark came to rest on the “mountains of Ararat” (Genesis 8:4).

I am very excited to announce that we are now living at a time, in which this very ancient story MAY have definitive archaeological evidence to back it up!

On October 16-18th, 2019, esteemed Turkish archaeologist, Dr. Oktay Belli will be hosting the Fifth International Symposium of Mount Ararat at Noah’s Arkat Agri Çeçen Üniversitesi, located in Eastern Turkey. Professor Belli is considered to be one of the world’s foremost scholars on the culture of ancient Urartu (Ararat).

I am very excited to announce that I have been invited by Professor Oktay Belli to attend this very important and potentially historic conference! Dr. Belli has been granted the first ever archaeological license to survey Mt. Ararat!

Mount Ararat is the highest mountain in Anatolia reaching a height of 5137 meters (over 16,000 ft) in elevation. It is believed by many to be the final resting place of the remains of Noah’s Ark. As such, it is considered to be one of the most sacred mountains on earth.

This conference will bring together scholars from around the globe to present the latest research on Mt. Ararat. The Symposium will be hosted by Agri Ibrahim Çeçen University on October 16-18, and will feature the latest research on Mt. Ararat (Urartu) and its surroundings, history, archaeology, art, geography, geology, economics, ethnography, linguistics, and much more!

There could also be new developments on the potential discovery of the ark on Ararat! This is why I will be attending this very important conference!

I would like to ask for your help in two ways:

thinking about signs following believers…drop the theology and look at it in a logical practical sense. We Pentecostals have a praxis standard rather than…