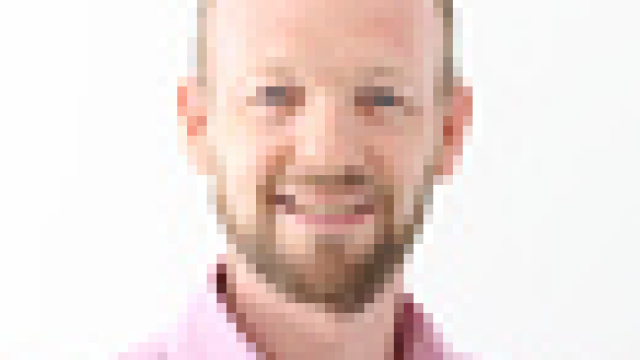 In this dissertation, I have argued that the evidence of the primary sources of early Pentecostalism contradicts the ‘latecomer to dispensationalism’ approach. The early Pentecostals were heirs of a dispensational, premillennial eschatology. They believed in a secret rapture from the beginning of their movement. Whilst their interest in the early

159 McQueen, Toward a Pentecostal Eschatology, 163.

years was in preaching the coming of Christ with urgency and not producing detailed dispensational charts, nonetheless they should be considered dispensationalists when a ‘family resemblance’ approach is adopted. If this analysis is correct, it calls for a reassessment of the way in which we understand early Pentecostalism in relation to dispensationalism.

3.1  Early Pentecostals in Relation to Other Dispensationalists

The  Zionist  cause  is  one  example  of  the  overlap  in  interests  within  this  broader dispensationalism.  In  almost  every  issue  of  the  four  periodicals  I  reviewed  for  this dissertation,  references  to  the  Zionist   cause  abound.   The  editors  provided  current statistics  on  the  repopulation  of  the  ‘Holy  Land’  by  Jewish  immigrants,  in  many  cases linking  this  return  to  prophecies  about  a  future  for  Israel.  Many  of  the  articles  on  the Zionist  cause  were  republished  from  cessationist  dispensational  publications,  such  as Gaebelein’s  Our  Hope.  Titles  such  as  ‘Present  Condition  of  Palestine  Indicative  of  the Lord’s Return’160 are common. In light of this, Macchia’s comment about ‘a certain lack of interest  in  such  questions  [i.e.  end-times  events]’ 161   does  not  accurately  represent  the periodical literature of the early Pentecostal movement. Clearly, Pentecostals shared with other dispensationalists a strong interest in the future, especially in relation to the Jewish people.

dispensationalists.162 As  observed  in chapter  two,  King  also  argues  for  the  ‘leavening’  of Pentecostalism with cessationist dispensational despair. A better approach is to view the eschatology of early Pentecostals as a tension between ‘future hope’ and ‘future despair’, just  as  that  of  other  dispensationalists.  Sexton,  without  a  hint  of  reliance  on  Scofield, wrote  an  editorial  entitled,  ‘What  Will  the  Year  1913  Bring?’  She  opens  the  piece  with James  5:7,  ‘Be  patient  therefore,  brethren,  unto  the  coming of the  Lord’.  Following this exhortation, she proceeds to explain why the world is getting worse, rather than better. Statistics on alcohol use, crime, divorce  and the widespread decline in the churches are marshalled  to  support  this  perspective.  Her  conclusion  highlights  the  tension  in  the eschatology of early Pentecostals:

On account of these sad facts, and because we know that according to the Word wickedness will increase on the earth till the end of the age, our hearts cry out to our Lord to hasten His coming and for such a cloudburst of Pentecostal latter rain as will better fit us for that great, glad day. 163

A study of the periodicals of early Pentecostals shows that they, as other dispensationalists, held views that may be considered both pessimistic and optimistic.

3.2  Dispensationalism in Light of Family Resemblance

This dissertation argues for understanding dispensationalism in light of ‘family resemblance’ rather than according to a strict set of beliefs based on the views of Darby or Scofield. According to this approach, a set of broad features comprise the essence of dispensationalism, rather than a strict set of beliefs propounded by specific theologians or the number of dispensations or the interpretation of individual passages. Many of the reasons given by scholars for not considering early Pentecostals dispensationalists are answered by this approach. For example, holding to three dispensations or seven does not alter the essence of the system, if the main points cohere. The application or non- application of the Sermon on the Mount to the Church does not alter the essence of the

system, as long as a belief in a literal millennium is upheld. This same approach allows flexibility  in  regard  to  the  interpretation  of  individual  passages  on  the  rapture  or  the revelation of Christ, or on whether or not the dispensations overlap.164

Cessationist dispensationalists and early Pentecostals, according to this approach, may   be   understood   as   fellow   theological   travellers.   On   eschatology,   cessationist dispensationalists  and Pentecostals  of the  first  decades  of the  20th  century had more  in common   than   with   many   traditionalist   Reformed   or   Lutheran   groups.   Although cessationists believed that the exercise of the miraculous gifts ceased towards the end of the 1st century, they did not mark a break in the dispensation of the Church at that point. Their views on the gifts did not appear in their dispensational charts, nor did they disdain all use of typology in their reading of the Old Testament.165 On the other side, the early Pentecostals spoke of the ‘Latter Rain’, but this season did not form a new dispensation in their  eschatological  programme.  They  also  emphasised  the  centrality  of  Scripture  over experience  in  their  doctrinal  formulations.  By  way  of  example,  Pastor  William Hamner Piper urged his audience to ‘remember, please, always to test the vision by the Book, and never  the  Book by  the  vision,  and if your  vision  does not  agree  with the  Word of God, away with it.’166   Further studies  from both cessationist  and Pentecostal  scholars should fairly  assess  the  views of these  early  20th-century groups based on  the  primary  sources, rather than on their personal or denominational notions from a later period.

Proponents of the ‘latecomer to dispensationalism’ approach often portray the changes made within Pentecostal eschatology as evidence of the second-generation Pentecostals’ move towards fundamentalism or evangelicalism. Whilst this may have

164 For a similar approach to the essence of dispensationalism in the late 20th century see: John S. Feinberg,  ‘Systems  of  Discontinuity’,  in  Continuity  and  Discontinuity: Perspectives  on  the  Relationship between the Old and New Testaments, ed. John S. Feinberg (Wheaton, IL: Crossway, 1988). Kindle.

165 For example, Scofield, commenting on Genesis 1:16, says, ‘Dispensationally the Church is in place as the “lesser light”, the moon, reflecting the light of the unseen sun’. Scofield, Scofield Reference Bible, 4.

been  true  in  some  instances,  another  approach  is  to  understand  these  changes  as modifications of their already existing dispensationalism. A broad dispensationalism was accepted by  early  Pentecostals,  and this system was then refined upon  interaction  with the  publications  and  conferences  of  other  dispensationalists,  such  as  Scofield,  Arno Gaebelein or Clarence Larkin. For instance, the visual theology of Larkin, as exemplified in his work Dispensational Truth,167  directly influenced F. J. Lee’s presentation of biblical history  and  eschatology  in  a  conference  session.  The  publication  of  the  discourse included  a  diagram  that  borrowed  aspects  of  Larkin’s  charts.168 If  Pentecostals  already accepted a broader dispensationalism, it is not surprising that they would have used other dispensationalists’ work to supplement or modify their own views. Other refinements in their dispensationalism were necessitated by the rise of doctrinal diversity. For example, in  the  1930s,  discussion  arose  about  the  timing  of  the  rapture,  and  for  this  reason Pentecostal  groups  began  to  define  their position  with  respect  to  the  pre-trib,  mid-trib and post-trib positions.169 This could be understood as a move towards evangelicalism or fundamentalism, but on my reading this is the natural development of doctrinal positions as each group confronted differing positions and further defined their own.

This chapter has looked at ways in which a reassessment of early Pentecostals in relation to dispensationalism leads to a more nuanced view of the eschatology of the movement in the first two decades. The ideas I mention provide some first steps towards reassessing the movement’s early history in light of the primary sources, but more research should be conducted in this area.

In this dissertation, I have argued against the ‘latecomer to dispensationalism’ view

on  the  eschatology  of  early Pentecostals.  Following  a  ‘family  resemblance’  method of

discussing dispensationalism, I have argued that the early Pentecostals may correctly be understood as proponents of a broader dispensationalism, a theological vision that gained popularity within Moody’s ‘interdenominational evangelicalism’. Following an introduction to the topic and a select literature review in which the popularity of the ‘latecomer’ view was shown, I examined the eschatological approaches available at the beginning of the 20th century in chapter one. In chapter two, I used four periodicals to argue that the early Pentecostals were dispensationalists in a broad sense of the term. They held to the main features of dispensationalism, such as a belief in the division of history into dispensations, the distinction between Israel and the Church, the rapture and a literal thousand-year millennium. In chapter three, I brought out several implications of this analysis.

Based on this research, Pentecostals and cessationists alike need to revise some of their statements on the eschatology of the Pentecostal movement in the early years. This reassessment could provide incentives for questioning the belief that dispensationalism is a  leaven  that  should  be  removed  from  the  bread  of  Pentecostalism.  This  research  also highlights commonalities shared by both cessationist and Pentecostal dispensationalists of the early 20th century. Whilst I had initially begun to research the ways in which the eschatology of early Pentecostalism changed in the 1920s and 1930s, I was redirected by the scope of this dissertation to focus on the early years and consequently was only able to sketch a tentative proposal on the issue of the changes that occurred in the subsequent decades. Further research is needed on how and why Pentecostal eschatology changed in these decades. This dissertation has focused on the eschatological views of only a certain sector of North American Pentecostals, so a fuller treatment would need to incorporate a broader panorama of diverse groups from North America and the rest of the world. I hope that this dissertation may encourage others to take up some of these research questions in  the  quest  for  understanding  the  eschatological  views  of  early  Pentecostals  from  a broader   viewpoint   than   that   espoused   by      the   ‘latecomer   to   dispensationalism’ perspective.

———. ‘An Introduction’. In Althouse; Waddell, Perspectives in Pentecostal Eschatologies, 1–24.

Barth, Hattie M. ‘The Message of the Hour’. The Bridegroom’s Messenger, December 1927.

Culbreth, J. A. ‘The Baptism and Evidence of Pentecost Foreshadowed’. The Bridegroom’s Messenger, February 15, 1908, 8.

Darby, John Nelson. ‘Is the Comforter Come? And Is He Gone?’ The Collected Writings of

———. Seven Lectures on the Second Coming of the Lord: Delivered in Toronto, in 1863.

Feinberg, John S. ‘Systems of Discontinuity’. In Continuity and Discontinuity: Perspectives on the Relationship between the Old and New Testaments. Edited by John S. Feinberg.,. Wheaton, IL: Crossway, 1988. loc. 1221–1761, Kindle.

Mangum, R. Todd. The Dispensational–Covenantal Rift: The Fissuring of American Evangelical Theology from 1936 to 1944. Studies in Evangelical History and Thought. Eugene, OR: Wipf & Stock Publishers, 2007.

Minutes of the General Council of the Assemblies of God. Gospel Publishing House, 1914.

Morehead, Houston R., ed. Minutes of the 43d General Assembly of the Church of God.

Piper, William Hamner. ‘The Sovereignty of God: In Its Dispensational and Individual

Pyles, Franklin Arthur. ‘The Missionary Eschatology of A. B. Simpson’. Accessed June 22, 2018.  https://online.ambrose.edu/alliancestudies/ahtreadings/ahtr_s141.html.

Seiss, Joseph A. The Apocalypse: A Series of Special Lectures on the Revelation of Jesus Christ with Revised Text. 12th ed. 1. Philadelphia: Philadelphia School of the Bible, 1865.

Sheppard, Gerald T. ‘Pentecostals and the Hermeneutics of Dispensationalism: The

Simpson, A. B. The Holy Spirit or Power from on High: Part II: The New Testament.

———, and Crawford Gribben. ‘J. N. Darby and the Irish Origins of Dispensationalism’.

‘The Association of Pentecostal Assemblies’. The Bridegroom’s Messenger. July–September 1929. 273.

Tomlinson, A. J. ‘The Translation Power: The Work of the Holy Spirit in the Last Days Emergency’. The Church of God Evangel, March 2, 1918, 9.