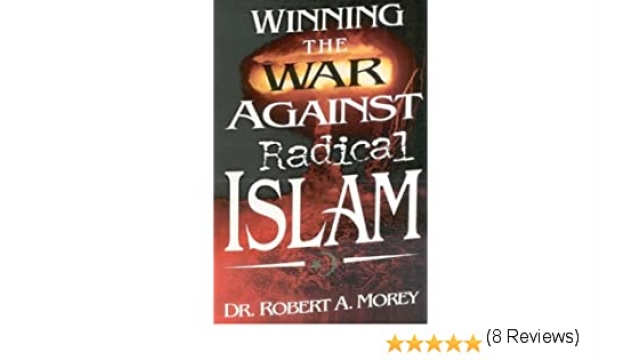 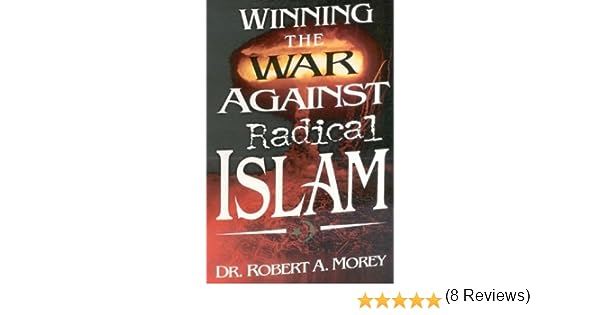 Dr. Robert Morey has one solution to the ‘alleged ‘war on terror’. HOW? Destroy the foundations of Islam!

While all will not say ‘Amen’ to that, it’s worthwhile to point out that Christianity has a foundation which cannot be destroyed…ever. Islam, on the other hand, depends on places and buildings for its continued existence.

From his book Winning the War Against Radical Islam “The terrorists and terrorist nations such as Saudi Arabia only fear one thing: the destruction of the religion of Islam. There is nothing in this life that has greater value to them than Islam. They are willing to sacrifice and even die to promote Islam. This religious motivation is the engine that drives the Jihad against us.

The path to Paradise, according to the Five Pillars of Islam, involves the city of Mecca and its stone temple called the Kabah. Muslims pray toward Mecca five times a day. What if Mecca didn’t exist anymore?

They must make a pilgrimage to Mecca and engage in an elaborate set of rituals centered around the Kabah once they arrive. What if Mecca and the Kabah were only blackened holes in the ground?

What if Medina, the burial place of Muhammad was wiped off the face of the planet?

What if the Dome Mosque on the Temple site in Jerusalem was blown up? The greatest weakness of Islam is that it is hopelessly tied to sacred cities and buildings. If these cities and buildings were destroyed, Islam would die within a generation as it would be apparent to all that its god could not protect the three holiest sites in Islam

John Kissinger [12/10/2015 12:08 PM]
Jimmy Humphrey some may go into madness; many will be glad but MOST Christians will not even care and keep on ignoring the signs of His Coming https://www.youtube.com/watch?v=9_nts1Knhdw

Charles Page [12/10/2015 12:13 PM]
Trump is proposing a temporary halt to allowing Muslims to enter the US – it is not a WWIII strategy. There seems to be some validity to his proposal.

I have suggested to round up all the Muslims and send them to Cleveland, Tennessee. The building that TL Lowery is trying to sell would serve as a relocation center.

Charles Page [12/10/2015 12:16 PM]
The muslims carry prayer beads and the Christians shout and speak in tongues. quiet to distinguish who is who! The Christian ladies will be wearing pants and the Muslim women wearing modest attire.

John Kissinger [12/10/2015 12:16 PM]
So as a vet Charles Page would you call back all Muslims currently serving in the US army that cannot be vetted? Steve Webb

Charles Page [12/10/2015 12:24 PM]
Morey’s solution is as ridiculous as ISIS coming here to destroy Cleveland, Tennessee and all the Pentecostal temples. How would that change Christianity?

However, I do think America should fight back against Islamic extremism; and I also think there is some credence and expedience to banning the immigration of Muslims and people from Islamic dominated areas and countries who are NOT American citizens.

I actually think America should close the borders to ALL immigration and focus on taking care of our own problems for a while — at least until we are actually in a position to afford to bring others here.