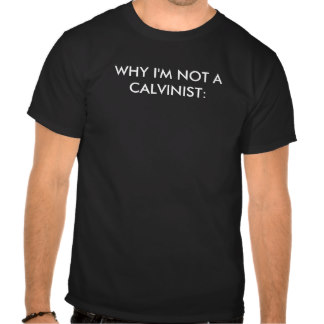 Has the topic of the doctrine of election, predestination, etc been discussed?

Its been a rather hot topic in another group but I value some of the opinions here a little more. I have never really dug through it myself. I always grew up believing that we all had a choice to come to salvation but enough debate has caused me to get into it more deeply.

Charles Page [03/11/2016 11:45 AM]
Check out the KJV it is an excellent source for election and predestination. Better than any other source!

Brian Roden [03/11/2016 11:46 AM]
The extent of the atonement (particular vs general, or limited vs unlimited) has also been popping on Twitter the past few days.

Charles Page [03/11/2016 11:52 AM]
The extent of the atonement is that it is effectual for the ones Christ died. If the atonement is general and unlimited then everyone is saved. I think we all deny universal salvation. There is a hell and a lake of fire.

Charles Page [03/11/2016 12:05 PM]
If atonement is universal yet the lake of fire exist for those not recorded in the book of life then the atonement is not effectual but is hypothetical and potential in application.

Martin Luther introduces the hypothetical and potential aspects through justification by the sinner’s faith. #solafide

Ricky Grimsley [03/11/2016 12:29 PM]
Well the real question (i think) whom did he foreknow. It says the ones that he did foreknow he predestined to be conformed to the image of his son. Surely we know that not everyone is conformed to the image of his son. So what are we left with…..either God foreknowledge requires our participation? Or God foreknows only those that predestined and others futures are “open” ? The scriptures have to be true. The bible lays out that God does foreknow some group of people. It also gives several examples of God changing his mind and learning people’s choices in real time while also listening to Moses,etc. Personally what I would say is that God looked at what he wanted to do and decided that some things had to be done. He prophesied them and then made them happen.

Ricky Grimsley [03/11/2016 12:31 PM]
It does seem that the false prophet and the antichrist are or were predestined to hell?Revelation 19:20 KJVS [20] And the beast was taken, and with him the false prophet that wrought miracles before him, with which he deceived them that had received the mark of the beast, and them that worshipped his image. These both were cast alive into a lake of fire burning with brimstone.

FacebookTwitterSubscribe
Subscribe to receive all news to your email or phone: [wysija_form id="1"]
Pages: 1 2
doctrineelectionpentecostalpredestinationtheology

[Where are you? Not, in what place? But, IN WHAT CONDITION? “Is this all you have gotten by eating forbidden fruit? Why would you…