Rick Wadholm Jr has offered an interested biblical topic on the digital vs. printed NIV versions, which touches on issues Charles Page has previously address about the NIV version(s) 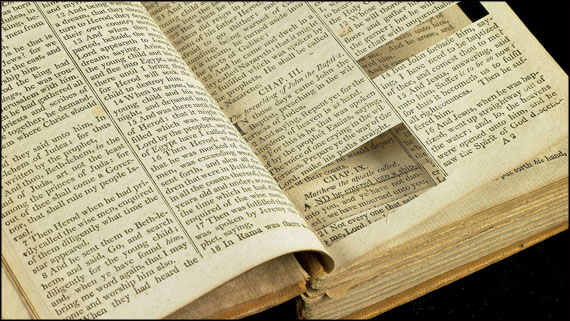 John Kissinger [07/17/2015 3:05 PM]
I am re-posting my comment to Rick Wadholm Jr if interested to anyone: INDEED various digital / online NIV editions (depending on the year of copyright) differ significantly one from another and from the printed editions from the corresponding year. It has been under much debate with no avail through various Bible tech conferences in recent years. Digital NIV is turning to the modern day TR.

Rick Wadholm Jr [07/17/2015 3:09 PM]
And here is my comment reposted: I do tell my students they need to use the print versions when citing a translation because of the potential for some errors. Though the differences are owing not to the NIV, but to those who host the translation and their ability to properly encode and represent the text.

John Kissinger [07/17/2015 7:33 PM]
A reference on Codex Vaticanus (not) being available to the KJV translators. I dont think under the circumstances, King James could freely send his translations to the Vatican to consult MSS. Codex V was there but it was hardly accessible to them. The Genesis omission is largely viewed as due to paper deterioration as is the lack of Revelation at the end… Luckily there’s no paper deterioration in the digital variants of NIV 🙂

John Ruffle [07/18/2015 3:01 AM]
Interesting conversation and as for the “Message” it wouldn’t bother me if they all were pulped. I think what this says more than anything else is that those who hold to KJV only hold an unsustainable viewpoint.

John Kissinger [12/08/2015 7:15 AM]
was gonna post the conclusion of the Rapture video Timothy Carter claims to have watched, but not sure if Ricky Grimsley can take it 🙂

John Kissinger [12/08/2015 3:56 PM]
Timothy Carter I am holding off with the video b/c Ricky Grimsley has neither confirmed nor denied his ability to handle it hereafter 🙂

Charles Page [12/08/2015 7:15 PM]
Rapture went off as expected we came close to two black holes and then a new galaxy formed making for a lot of turbulence.

We were warned by the founders about the day we are now seeing. You’re not going to want to miss Perry’s latest video. Don’t…