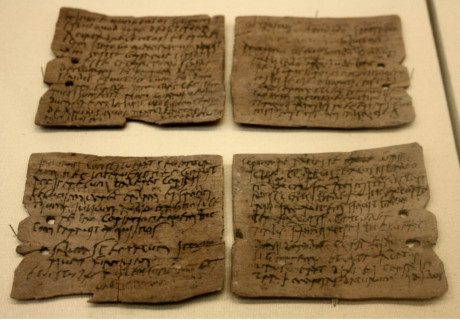 It is sometimes depicted that the basic argument to read “the creation story” (Genesis 1) as a non literal story are modern science and the evolution theory. But I believe that the biggest problem with a literal view is in the text itself. More specific in the differences between the “creation stories” in Genesis 1 and 2.

Then God said, “Let us make humankind in our image, after our
likeness, so they may rule over the fish of the sea and the birds of
the air, over the cattle, and over all the earth, and over all the
creatures that move on the earth.” (1:26)

The Lord God formed the man from the soil of the ground and breathed
into his nostrils the breath of life, and the man became a living
being. (2:7)

The Lord God planted an orchard in the east, in Eden; and there he
placed the man he had formed. The Lord God made all kinds of trees
grow from the soil, every tree that was pleasing to look at and good
for food. (Now the tree of life and the tree of the knowledge of good
and evil were in the middle of the orchard.) (2:8-9)

All quotes are from the NET Bible.

Is there a way to make a strong argument that both those stories are to be read literally (as if it was written by a modern historian)? How could those different accounts be merged?

FacebookTwitterSubscribe
Subscribe to receive all news to your email or phone: [wysija_form id="1"]
contradictioncreationgenesis

2016 Church of God Resolution on the Sanctity of Biblical Marriage

WHEREAS, a United States Supreme Court ruling in 2015 legitimized same-sex marriage in all 50 states and overturned state laws to the contrary, contravening…