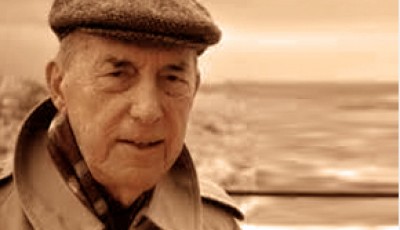 In fact, there is another “medically certified” demon called Tourette’s syndrome or Pronouncement of Curses in Public

From the book Your Invisible Enemies

What is Tourette syndrome?
What are the symptoms?
What is the course of TS?
Can people with TS control their tics?
What causes TS?
What disorders are associated with TS?
How is TS diagnosed?
How is TS treated?
Is TS inherited?
What is the prognosis?
What is the best educational setting for children with TS?
What research is being done?
Where can I get more information?

FacebookTwitterSubscribe
Subscribe to receive all news to your email or phone: [wysija_form id="1"]
cursesderekexplainsprincepronouncementpublicsyndrometourettes

Did Jesus re-visit John after his wilderness experience?

The Gospel of John describes a scene where John the Baptist saw Jesus coming toward him and he made the following statement:

“Look, the Lamb of God, who takes away the sin of the world! This is
the one I meant when I said, ‘A man who comes after me has surpassed
me because he was before me.’ I myself did not know him, but the
reason I came baptizing with water was that he might be revealed to
Israel.” Then John gave this testimony: “I saw the Spirit come down
from heaven as a dove and remain on him. And I myself did not know
him, but the one who sent me to baptize with water told me, ‘The man
on whom you see the Spirit come down and remain is the one.” (John
1:29-34)

At first sight, it seems the writer was describing the actual baptism itself, as per Matthew’s account. However, the next few days finds Jesus choosing his disciples – not going into the wilderness as the Synoptics relate it. So, is this scene a ‘revisit’ so to speak? Is it Jesus coming out of the wilderness, walking past John, at about Passover season, some months following his actual baptism?
If so, then the Gospel of John is not recording the baptism event directly, but is recording John B’s testimony of that event. In other words, John B. sees Jesus returning, and calls out, “This is the man I baptised several months ago! This is the man the dove descended upon!”

So, is the Gospel of John recording the actual baptism event, or is he recording an occasion when Jesus revisited the same place on his way back from the wilderness? The latter explanation may reconcile some of the perceived differences between John and the Synoptic Gospels.