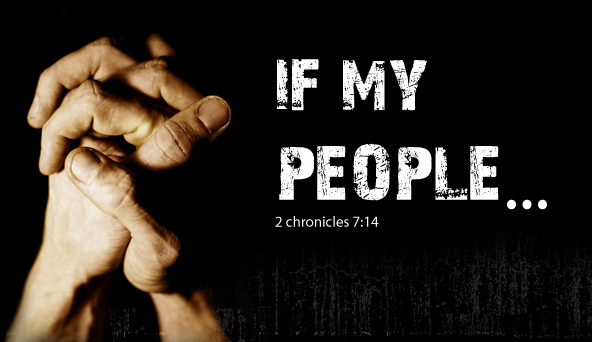 I have just returned from an important week of prayer on my Prayer Mountain. Spending much time over major ministry issues, and receiving some real revelation is giving me a strong sense of direction. Particularly praying over Britain, the utter chaos which has emerged over Brexit – the Chequers meeting, then the resignation of David Davis and now Boris Johnson! I was praying for strong leadership – whichever side of the Brexit question you are on – one thing is certain, we need a period of strong and decisive leadership.

Part of my prayer in Austria was on what God has chosen for me to do in Britain – I am still asking Him, do I stay where God clearly put me in the former Soviet countries – or do I return to Britain? I am like so many before me in the Bible, looking for that miracle which will tell me without question which way I must go. Pray with me that God will make His answer clear – as He has always done since my first visit to Israel in 1961. Like Gideon I have put out my ‘fleece’, there are two things which will answer me, and like Gideon I am putting the ‘fleece’ out 2 times. One is what happens between now and Sept 8th, the other I will reveal on Sept 8th.

The urgency of our need to pray is increasing until it seems that only God can deliver us as a nation. Our meeting in Westminster Central Hall on September 8th is critical. Will the Prime Minister stay on, or do we have a leadership contest? We have a Parliamentary summer recess, but in October the EU must make the critical final decisions over our future! I felt in prayer that God had given me answers – I can list the number of times God has shown me what to do in the past – and He has always fulfilled what He has revealed prophetically in advance. It took a big miracle, when God healed my throat cancer in 1964, to take me out of Britain to the Soviet Union. But look at the phenomenal miracle that has followed; God has transformed, not only Russia, but most particularly the Ukraine. When I left my pastorate in 1965 to go to the Soviet countries, most people criticised me, but without that miracle and my response, we would not see a whole nation transformed, as Ukraine has been, from the President down, until it has touched the nation spiritually.

Please pray very much, today I leave for Armenia – then Moscow – then the far side of Siberia. Both Armenia and Russia are critical – how God deals with them may influence my future ministry – after all I am now 6 years into my final 40 years of ministry! But my final sign from God will be something different – and it will be a miracle as significant as that healing from throat cancer in 1964! That’s why I am so dependent on your prayer support.

Both in Armenia and Siberia we are not only evangelising, but meeting with the large numbers who not only turned to Christ 25 years ago, but are now spearheading the ministry that came out of the days of Revival there. And looking back, the Revival 25 years ago in Siberia was much bigger than any of us could have imagined. Yet they, and I, believe that this is not the end, but either a new beginning or an acceleration of a Revival which will ultimately reach the rest of Europe. Remember Hudson Taylor’s prophecy that the last great revival begins in Russia – then comes to Europe! I still am amazed at what happened in Russia, and still is: my book ‘Why Siberia’ was incredibly prophetic.

What we did in Siberia, costed us £2 million 25 years ago, would cost almost £10 million now! But our UK income has never passed that £2 million mark even today! One of my answers will be when God gives the financial breakthrough which He clearly promised! Obviously, we do have a serious financial problem, and strangely since I have started working back in the UK, which is greatly increasing our costs, our income, which I thought would increase, has dropped very significantly. So, I must ask the question, is God telling me something? Or is it just the old Devil trying to hinder me? OK, so yes, I will soon know the answer!!

This week I was in Parliament for the monthly prayer meeting. Things are critical since the failure to find a solution to the Brexit problems and the subsequent resignations. Without a solution, Britain will be in a very difficult situation, the issues are above politics, they concern the spiritual future of our nation. I believe that, just as in Ukraine, only God can solve the problems through prayer; the Christian Leaders and the President himself in Ukraine, recognise that. God’s leading to hold the next Day of Prayer in the Westminster Central Hall on September 8th is critical – we need the nation to call upon God, to forget our political differences and, as Bible believing Christians, to pray that God’s Will shall be done through this crisis. This is becoming more and more a spiritual issue. I believe that, through our problems, God can turn the heart of our nation back to Him. We need a strong Christian witness to the Scripture, ‘righteousness exalts a nation’. Our future is being delineated by a minority – we must rise up and become the true ‘voice of the nation’. September 8th is critical because parliament will now be in summer recess – nothing much can change until after September 8th, then October is the month when the EU must make the final decisions. If we don’t pray desperately…

We need much specific prayer – we need to fill Central Hall Westminster – if we need an overflow we must organise soon – please register asap online. God is on the Throne and I believe that through it all, God’s Will shall be done in this nation. Despite every crisis, as I proved in my prison cell 46 years ago, God’s plan is being wrought out for this nation! Amen – God will bring us into victory, despite the Devil’s deception!

Yours, already sensing the victory – my God has never been defeated!

Are You Flirting With Demons?