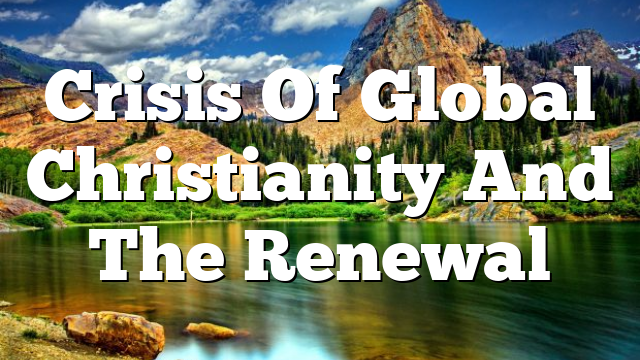 Vondey perceives a “crisis of imagination” (chapter 1) in contemporary theology, which is a crisis concerning the very nature of theology. Vondey argues that theology must go “beyond reason” and respond to revelation with the imagination rather than aiming solely for ratio- nal interpretation of God’s self-disclosure. Although much of history has rejected the imagi- nation (as only an imitation of reality), Vondey offers a Pentecostal view of the imagination in which the Holy Spirit is active to give a vision of holiness and the coming of God’s king- dom. The result is Vondey’s proposal that one engages theology as a “play of the imagina- tion” (rather than as a rational performance of a script).

In chapter two Vondey describes a “crisis of revelation,” pertaining specifically to the place of Scripture within the doctrine of revelation. Vondey wishes to go beyond viewing Scripture as a book of theological data requiring human interpretation to viewing encoun- ters with Scripture as events of revelation in which God speaks. Hence Vondey (following Amos Yong) presents “revelation as the interplay of Spirit, Word, and community” (71). Vondey also discerns a “crisis of the creed” (chapter three), particularly with respect to the structure of the Nicene-Constantinopolitan Creed. The crisis of the creed is manifest in the filioque controversy with the accompanying division of the creed into a structure of three articles. Highlighting the affinity between a Oneness Pentecostal doctrine of God and the trinitarian theology of Catholic theologian Catherine Mowry LaCugna, Vondey chal- lenges the tradition to focus on the economy of salvation as he emphasizes the perichoresis of the divine persons leading to a “theology ‘without articles’ ” (107). Building on the theol- ogy of LaCugna might actually hinder Vondey’s proposal given that LaCugna’s hesitancy to develop a doctrine of the immanent Trinity has made her work controversial.

In chapter four Vondey observes a “crisis of the liturgy.” Vondey suggests that many in the late modern world have viewed liturgy as meaningless because liturgy has typically been understood as performance rather than play. Vondey aims to go “beyond ritual” as he com- mends a Pentecostal view of liturgy as “the people of God at play” (141) freely responding to God.

With respect to the Church, Vondey discerns a “crisis of Christendom” based on his per- ception that the institutional structures of Christendom have collapsed (chapter five). Here Vondey uncovers an underdeveloped Pentecostal ecclesiology, which views the Church as eschatological movements of the renewing Spirit. Vondey commends this ecclesiology to

suggest that church structure can take on many different forms in the play between Church and various cultures.

Vondey’s final chapter marks the culmination (and even heart) of his book as he here evaluates the recurring theme of engaging in theology as play. Vondey proposes that ortho- doxy is currently experiencing a “crisis of play.” Vondey offers the dynamic, imaginative play of global Pentecostalism as a source for renewal in “religious life, institutions, structures, liturgy, catechesis, worship, preaching, ecumenical relations, and theological parlance” (193). Theologians at play would “criticize, expose, and demythologize the facade of mean- ingless systems, empty symbols, and overbearing institutions” and also (through a pneuma- tologically infused imagination) present “God and the world in a manner that liberates from the predominance of existing patters, old systems, and outdates metaphors” (181). It is not completely clear how Vondey can consistently maintain both that (first) theology must be done as play (which is contrary to rules, systematization, purposes and goals; 190 and 194) and that (second) Pentecostalism (as an expression of theology at play) can “insist on ortho- doxy” (201). In other words, how can Pentecostalism maintain a “commitment to the past, the teaching and practices of orthodox Christianity and the Christian spiritual tradition” (196) when Vondey presents Pentecostalism as “an alternative to the limitations of orthodox theology” (184)? Perhaps the insistence on orthodoxy can be assured given that theological play occurs with God who can direct the play. Alternatively, perhaps “theology as perfor- mance” needs to be supplemented, rather than replaced, by “theology as play.”

Vondey excels in his analysis of classical and global Pentecostalism and his book does a great service by illustrating the great value of integrating Pentecostalism into the global theological agenda. At the same time, I question whether Pentecostalism is “indispensible” to the global theological task (as Vondey repeatedly states), although it is no doubt benefi- cial. To cite two examples as reasons for my caution, Vondey himself notes that his proposal (following Yong) regarding the pneumatological imagination is not peculiar to Pentecostal- ism (39) and Vondey’s proposal regarding the doctrine of God could be based on LaCugna’s trinitarian theology without drawing on Pentecostal insights. Vondey’s “crisis” language may also be overstated at times. One might wonder, for example, if it is fair to say that there is currently a crisis of the creed given the recent ecumenical advances concerning the fil- ioque. Regardless of these observations, there is no doubt that following Vondey’s proposal and engaging in theology as a play of the imagination will provide much impetus for future theological thought.

Recovering The Wesleyan Vision Of Pentecostalism