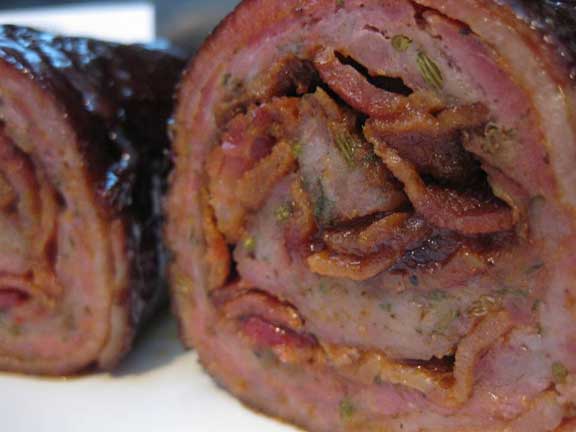 Tom Steele [11/24/2015 8:25 AM]
You know that you are OK to eat pork or shellfish, but you say you are not stupid enough to eat poison? That is a contradiction, the flesh of pigs and shellfish are toxic and cause all sorts of diseases, they just kill you much more slowly than the poison frogs do. There’s not a verse in the New Testament, when context is put into play, that overrides what God commanded in His Word in the Torah. I have numerous studies that prove it in length. That’s the point of this MEME though, to show how misinterpreting the Bible happens. If this verse justifies pork, than it justifies eating the poison frogs, and if every creature is good, than no creature is to be refused. I suggest you read the study I posted above titled “Created With A Purpose.” It breaks down every word in the verse from the original Greek. You’ll be surprised to find out that this verse is about not throwing away good food, as opposed to some made up permission by God to eat toxic things,

“Whoever said that must have not known what they were talking about and it most certainly couldn’t have come from God,” said the religious leaders.

Tom Steele [11/24/2015 12:39 PM]
Yep, He said not to call GENTILE PEOPLE unclean. Had nothing to do with actual food. Read the passage, the food is only seen in a vision, the meaning of the vision is revealed by the recipient of the vision himself, Peter, saying that God showed him not to call any man unclean.

Terry Wiles [11/24/2015 1:26 PM]
Tom, you need to read more carefully. Acts 11:2-3 clearly says that the circumcision party criticized Peter saying “you ate with them.” Then Peter explains in the following verses clearly relating it to “eating” as well as opening the door of salvation to the Gentiles. Verse 18 says after his explanation they fell silent with their criticism.

Tom Steele [11/24/2015 2:10 PM]
Yes, verse 18 also says they they saw that God granted salvation to Gentiles. Jesus ate with sinners too, in neither account does it ever say that they ate unclean meats though. Unless you can prove that Peter ate pork when he had dinner with the Gentiles that day than your argument holds no weight at all.

Terry Wiles [11/24/2015 2:14 PM]
Lol. Just eating at a gentile table would have made it unclean. Scripture presented to the Pharisees didn’t do it either. Have it your way.

Tom Steele [11/24/2015 2:22 PM]
There is a difference between Jewish kosher laws from kashrut and Clean Animal Laws from Torah.

FacebookTwitterSubscribe
Subscribe to receive all news to your email or phone: [wysija_form id="1"]
Pages: 1 2 3 4
baconchallengeeatershamlovers

We’re so excited to celebrate Valentine’s week by bringing you part two of our relationship miniseries! This week, we’re tackling the topic of dating!…