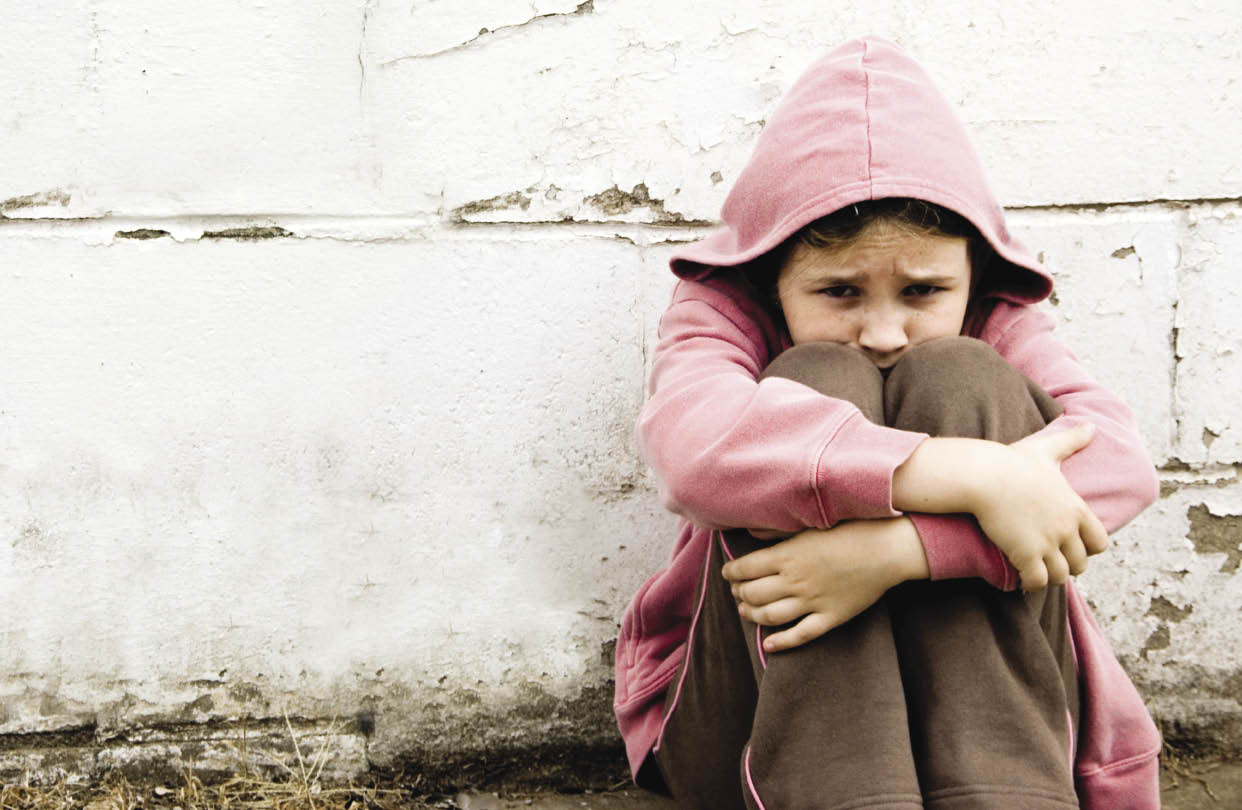 CBN.com – Proverbs 8:13 says, “Let those who love the Lord hate evil.” Those of us who love the Lord and love our children, not only hate evil, we do all we can to protect our kids from evil. The Bible makes it clear that this includes protecting them from spiritual forces of wickedness in the invisible heavenly realms. We are charged with helping our children learn to guard their hearts and minds from the deceptive and destructive forces of evil that often masquerade as harmless, or even good. As Christians, we have to do all we can in the power of the Holy Spirit to make sure the enemy of our souls does not gain any ground.

I understand why many in the Christian community, especially Christian parents, are deeply concerned and opposed to a series of books that present witchcraft,wizardry, and divination in a positive light. I know that God hates divination; and I hate divination. I would never allow my kids to be involved in it’s practice, even under the guise of “just playing around.” I understand how scary it can be to think about the overwhelming impact the Harry Potter books are having on popular culture, aimed at — and winning — the hearts, minds, and allegiance of millions of children while seemingly making light of occult practices. As a parent, Bible teacher, and volunteer youth leader, I had to know what the appeal of these books means and decide how to protect my kids from any influence of evil. These concerns led me to prayerfully read the first book in the series.

I have given this whole issue considerable prayer and thought, sought godly counsel, read widely on both sides of the debate, and sought God for wisdom. I came to a conclusion I did not expect. Even though I understand why some Christians choose to forbid and guard against these stories — and I do believe this is the right decision for some — after reading the first book, I chose to read them aloud with our family. We used them to educate and warn our children against the real occult influences in our world today, and to train them in discernment of good and evil. We have even found a way to use these popular stories as a connecting point through which we have been able to preach the gospel of Jesus Christ (read this testimony in Redeeming Harry Potter).

While this is not the right decision for all Christian families, I would encourage believers to consider a biblically viable alternative to simply forbidding these stories. The only way I can do this is because I do not equate reading a story about fictional “magic” with dabbling in the practice of anything the Lord has forbidden in Deuteronomy 18 or anywhere else in the Bible.

Here’s how you do it:

1. Instead of running from their popular culture or leaving them to interpret it on their own, study it and engage it WITH THEM. Read the books to them; never just let them read questionable material on their own. Judge for yourself, don’t rely on someone else when God gave you responsibility for your children’s spiritual upbringing. When you engage the culture with them, you can use it to teach them to identify practices, choices, and characteristics as good or as evil and potentially dangerous.

2. Give them the absolute measuring line of God’s Word, the Bible. Teach them to use it whenever they are trying to figure out if something is permissible for them. For example: Go over Deuteronomy 18:9-14 and teach them that it is always wrong to practice or engage in any of the things listed there; they are never to look to any supernatural power other than God to tell them the future or give them guidance for their lives. They are not to look to the stars for their future but to the One who made the stars, and everything else.

The key Bible reference that forbids involvement with the occult is found inDeuteronomy 18:9-14. Here, Moses is speaking to the people of Israel to prepare them to enter the promised land. He said,

3. Prepare your kids to go into their culture without disobeying God. Deuteronomy 18 clearly forbids God’s people from “learning to imitate,” practicing, engaging in, or listening to those who practice sorcery or divination. However, we must remember these dictates were given because they were getting ready to go into a pagan culture. They were to be “in the world”, but not live like the pagan world lived. There is a significant difference between listening to occultic practitioners and hearing about them. To listen to those who practice sorcery would be like reading your horoscope or calling a psychic hotline to hear what they have to say to you. That is forbidden; but it’s different from hearing about such practices. Make this distinction clear.

Once they understand this, let them test their discernment skills as you encounter the occult in the culture. When the witch shows Dorothy her Auntie Em in the crystal ball in Wizard of Oz, ask things like: Do you think it is okay to use a crystal ball like that? Why not? Beyond just disobeying God, what are the dangers of trusting in what might be seen? How could that be used to trick or manipulate someone?

4. Help your kids use fictional situations and characters as a safe simulated environment in which to define what the real dangers of the occult are and to sort out the good from the evil.

That reminds me, real psychics do a lot of damage, too.

5. Use fictional situations and stories whenever you can as object lessons at the expense of the fictional character rather than your child in real life. In such a story, when a character has to make a moral decision you can use that to help your children think through what would be the right choice. If the character makes a wrong choice and suffers consequences, or makes a right choice and is rewarded, you can use that as a virtual learning experience. The benefit is that your child is spared the real danger while you guide them through the stories, helping them measure the character’s decisions by the measuring stick of God’s Word. Such practice reinforces their biblical understanding while building moral strength.

6. Establish that there are real spiritual forces of evil that can be dangerous. God says so!

7. When you present the battle between good and evil to your children, make it personal. Present a compelling picture of a powerful God who loves them and wants what is best for them. Present “the evil one” (Satan, the devil) as and evil being — murderous, deceitful, and tricky — who was kicked out of heaven for his rebellion against God. Now he is out to destroy those made in the image of God, while God sent Jesus to defeat the works of the devil. Jesus came to give people life in the fullest measure of all that is good. The devil comes to kill, steal, and destroy.

Tell them Bible stories where there is a show-down between the forces of God and the forces of evil — Elijah vs. The prophets of Baal, Jesus’ temptation by Satan, Moses and Aaron vs. Pharaoh’s magicians, Daniel vs. all the best sorcerers and magicians of Babylon. Kids will always want to be on the winning side in a battle between good and evil.

Don’t just use Bible stories, find stories they love — like Harry Potter or Little Mermaid — and relate the battle between good and evil in the story to the true battle between good and evil in our world in a Christian context. For example, in Little Mermaid the evil one is like Ursula who tries to trick and destroy Ariel to get back at her father, King Triton. King Triton could be likened to God — a loving father who gives all to protect and redeem the child he loves from the clutches of the evil one. In Harry Potter, you can relate the evil one, Satan, to the murderous Voldemort who is out to kill Harry using deception and cunning schemes. They will figure out for themselves that they don’t want to do anything that would leave them vulnerable to that kind of evil character.

9. Explain the difference between “magic” used as a literary devise in a fantasy or fictional story and spiritual realities that may seem just as fantastic. You need to clearly communicate that the miracles of the Bible may seem like fiction, but really happened by the supernatural power of God; the fictional magic is just pretend. You might say something like, “Authors sometimes use magical powers in a story to make it more exciting and do things beyond what we can do in real life. A fantasy or fictional story is not real. If we read a story that does use magic as a literary device, that doesn’t mean the author endorses using magic in real life. When we read such a story, we are pretending. Reading a story where we hear about something occult does not mean that we would ever participate in anything occult. In real life, whenever anyone looks for supernatural power or knowledge apart from God it is wrong. Kids understand the difference.

10. Make it clear that a fantasy story may use “magic” as a literary device framing the battle between good and evil within a story where there is “good magic” and “bad magic” but in the real world God forbids all use of occultic magic. In real life there is no such thing as good witchcraft, white magic, or acceptable sorcery. We may accept “Glenda the Good Witch” vs. “The Wicked Witch of the West” in The Wizard of Oz, or Lucy reciting an incantation from a book of spells in C.S. Lewis’ Narnian story The Voyage of the Dawn Treader, but in real life we are never to emulate or believe in “good magic” or “good witchcraft”.

Finding Meaning in Our Labor

Finding Meaning in Our Labor…. “But I said, ‘I have labored to no purpose; I have spent my strength in vain and for nothing….