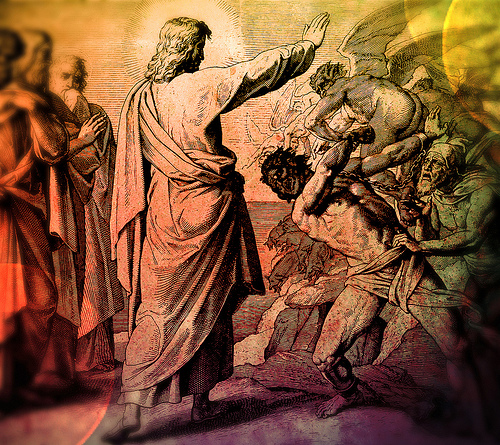 I appreciated your report on deliverance ministry (“They Shall Cast Out Demons,” May). I felt it was informative for all who are unfamiliar with deliverance ministry. I find that many Christians are hesitant to accept this ministry as being for the church today. And few seem to realize the importance of and need for freedom for Christians. Thank you, Charisma.

I have been involved in deliverance ministry one or two times per week for three years now. It’s very apparent how great the need is and how few the workers have been.

I believe the enemy has done a good job at keeping the wool pulled over many believer’s eyes on this issue. The devil has convinced many Christians that Christians can’t have problems with demons. Deliverance was a major part of Jesus’ ministry, and it should also be a part of ours. God’s people need to be trained in this area and more churches need to be doing it.

We are excited to see the body of Christ turn more favorably to deliverance as part of the answer to people’s needs. I have been involved in it for more than 29 years and have watched the church’s attitude toward it change slowly, until just recently. Thank you for giving attention to this subject matter.

I believe there are demons and that the church has not always recognized demonic activity. But I have a problem with the statement, “Jesus spent a fourth of His time casting out demons.” I can only find a few instances in the gospels where Jesus cast out demons.

I have seen cases in which undisciplined living was called “being controlled by demons.” There is as much danger in claiming demonic activity for lives of disobedience to Scripture as there is in overlooking demonic power.

Smile, chuckle, shed a tear… Read about real folks finding bits of heaven in the most unlikely places!

ON FRIDAY SEPTEMBER 30, A RARE BLACK MOON WILL OCCUR RIGHT BEFORE THE JEWISH FEAST OF TRUMPETS, WHICH MANY ARE LINKING TO THE APOCALYPSE….