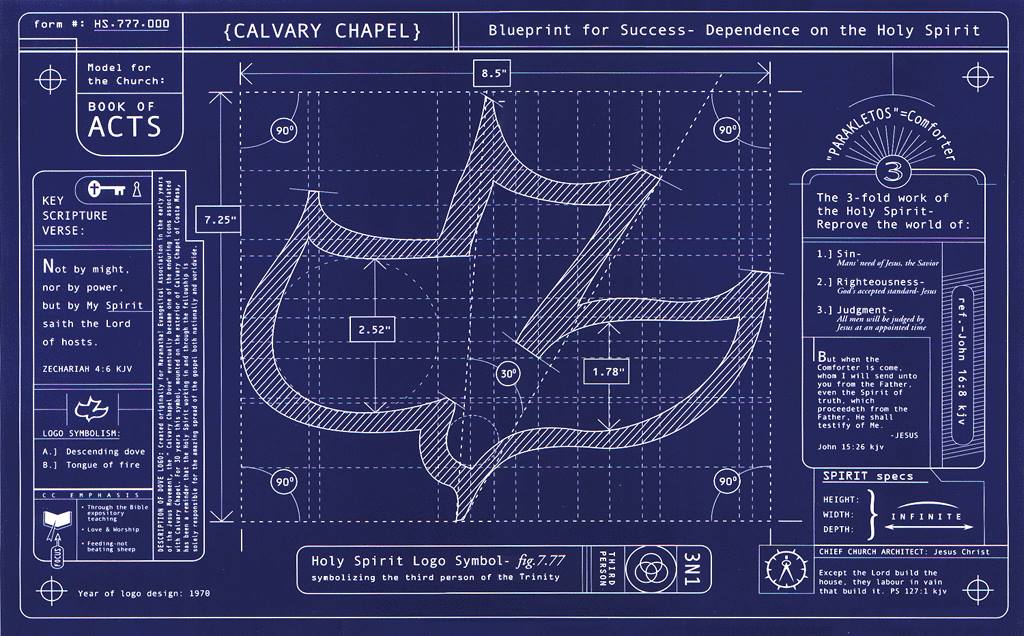 Menzies (2007) argues that the Reformed Evangelical roots are more significant than any others, whereas Dayton (1987) argues for the primacy of the Wesleyan-Holiness roots and Clark (2004) adds to this the relevance of the Anabaptist-Moravian roots for Wesleyanism and thus for Pentecostalism.

I believe that one of the biggest reasons that the body of Christ hasn’t made a greater impact on our generation today is because of our failure to operate in the gifts of the Holy Spirit. Without a doubt, Jesus and the first apostles used the gifts like a bell, calling men to their message and confirming that God was truly the One speaking through them.

Hebrews 2:3-4 says, “How shall we escape, if we neglect so great salvation; which at first began to be spoken by the Lord, and was confirmed unto us by them that heard him; God also bearing them witness, both with signs and wonders, and with divers miracles, and gifts of the Holy Ghost, according to his own will?” The Lord bore witness to the accuracy of their message through miracles and gifts of the Holy Spirit.

In Mark 16:17-18, Jesus said all true believers would flow in the miraculous: “And these signs will follow them that believe; In my name shall they cast out devils; they shall speak with new tongues; They shall take up serpents; and if they drink any deadly thing, it shall not hurt them; they shall lay hands on the sick, and they shall recover.” If a Christian’s life isn’t supernatural, it’s superficial.

According to the text, the classical Pentecostal gateway position is challenged by the Third wave movement and many modern-day charismatics. But can we really separate the pneumatic baptism from the gifts of the Spirit or should they operate both theologically and practically within the scope of the unity of the Spirit?

It is also omitted by the text, that as soon as ap. Paul is done writing about the gifts in 1 Cor. 12 and love in 1 Cor. 13 he moves into specific explanation of the gift of tongues and interpretation in 1 Cor. 14. How does one operate these two gifts without Holy Spirit baptism the text does not indicate. For us, however, is important that ap. Paul addresses namely gift of tongues and interpretation, which are obviously directly linked to the Holy Spirit baptism.  The line of discussion Paul follows alone, makes his understanding of  Spirit Baptism and Gifts of the Spirit not so different than Luke’s, as well as the “gateway” or fullness in the Spirit teaching prominent among early 20th century Pentecostals.

This book is both academic and inspiring. Tackling the tension of the role of tongues in the modern western world, Menzies establishes the biblical place and priority of this vital function of the Holy Spirit. Pastors, such as myself, will glean new insights and great material to include in their sermons.

In his new book, Menzies takes a wide-ranging look at what the Gospels, Acts, and Paul have to say on the matter. Some of the texts he examines might not be the first ones that pop into your head when you think of Bible passages about tongues, but Menzies does an incredible job of showing not only their relevance, but how deeply embedded the issues involved in any doctrine of tongues are in the New Testament. For those who imagine that tongues are a concept limited to Acts and 1 Corinthians, one of Menzies main section headings might come as a bit of a surprise: part two of the book is entitled ‘Jesus and Tongues’.

Menzies looks at both the connection between tongues and the baptism of the Spirit, as well as looking at the gift of tongues in its own right. Finally, having examined the Biblical materials (as the New Testament scholar that he is), Menzies doesn’t leave us in the ancient Mediterranean world, but concludes with some 21st century theological reflection on the value of tongues .

What makes this book even better is its accessibility. Menzies is well-respected New Testament scholar, but this book isn’t couched in the technical jargon that so much NT scholarship is hidden behind. He gives us good scholarship here in a straight-forward, readable way. So hopefully this book should be easily accessible to Pentecostal pastors who might be put off by overly technical works. If you can cope with reading a decent commentary (like maybe the Pillar New Testament Commentaries or the New International Commentary on the New Testament series), you’ll have no problem whatsoever reading this book.

One last thing: Menzies concludes each chapter with a testimony. And really, I think this adds to the strength of the book. The testimonies he gives are well-connected to the issues he’s been discussing in the chapter, and (for the most part) very well highlight how the New Testament scholarship connects with the life and mission of the church. And the order is significant too: first serious biblical study, then experience. The Pentecostal faith is grounded in Scripture, and our experience interpreted in light of what the Bible teaches. This is far and away the best book I know on the subject of speaking in tongues. I think those who read it will look at tongues in a fresh light, and I hope it will be widely read and have a significant impact.

“Even though I walk through the darkest valley, I WILL FEAR NO EVIL, FOR YOU ARE WITH ME; your rod and your staff, they…