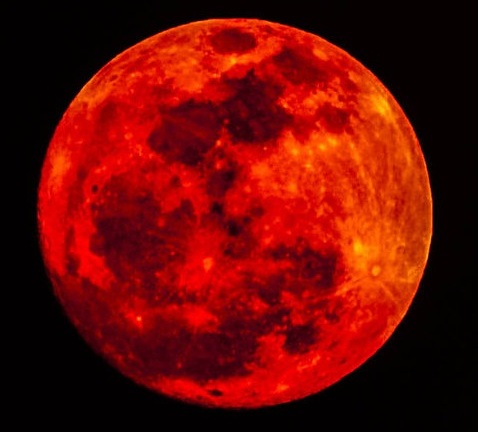 A supermoon is a full moon or a new moon (yes a new moon is also classed as supermoon, even if you can’t see it) at its closest point to Earth. The moon orbits Earth in an elliptical plane so sometimes it can come quite close to our planet (which is called a perigee) and at other times, it can be at the furthest point from Earth (which is called an apogee).

Forget all the other supermoons you’ve seen in the past. Or even meteor showers, blood moons and lunar eclipses. Because on November 14, your night sky is going to light up with the biggest full moon you’ll see in a long time.

Supermoons aren’t all that uncommon, but this one’s going to be pretty special because for the first time since 1948, the full moon will be nearest to Earth. And it won’t get this close again until November 25 2034. If you want to see the astronomical event this year .

The perigee distances can vary but at its closest, the moon is about 30,000 miles (48,000 km) closer to Earth than during apogee. When the sun, the moon, and Earth line up – the occurrence is known as syzygy. NASA explains: “When perigee-syzygy of the Earth-moon-sun system occurs and the moon is on the opposite side of the Earth from the sun, we get a perigee moon or more commonly, a supermoon!”

FacebookTwitterSubscribe
Subscribe to receive all news to your email or phone: [wysija_form id="1"]
1421stbiggestbrightestcenturynovembersupermoon