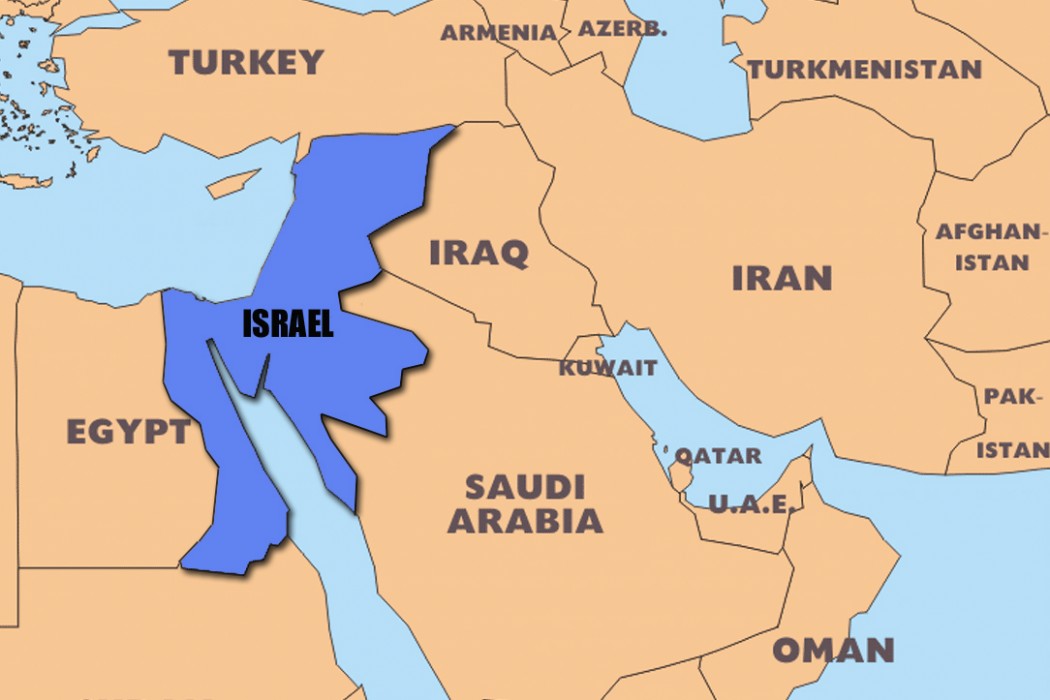 <strong>Is the beginning of the end of the world upon us? Well, that depends upon who you ask.</strong>

In case you haven’t noticed, <a style=”color: #e91e24;” href=”http://www.theblaze.com/stories/2013/09/12/shocking-number-of-americans-believe-were-now-living-in-the-end-times-as-described-in-the-bible-poll-finds/” target=”_blank”>End Times theology</a> has become a hot topic in media this summer. From discussions surrounding Syria and its alleged role in Biblical prophesy to grander curiosities about Jesus Christ’s supposed Second Coming, the debate over these themes has been a spirited one, as TheBlaze recently <a style=”color: #e91e24;” href=”http://www.theblaze.com/stories/2013/09/08/why-some-believe-these-end-times-bible-verses-could-hold-the-key-to-the-syrian-crisis/”>noted</a>. And as supporters continuously speak out, critics of End Times theology are vocal of late, highlighting their contention that applying Old Testament Bible verses to future unforeseen events and happenings is haphazard (we highlighted some of the main arguments against this <a style=”color: #e91e24;” href=”http://www.theblaze.com/stories/2013/09/08/why-some-believe-these-end-times-bible-verses-could-hold-the-key-to-the-syrian-crisis/”>prophetic inclination</a> in past coverage of the issue).

Considering these critiques, TheBlaze once again interviewed author and Bible expert Joel Rosenberg to see what he has to say in response to those who disagree with his interpretation of scripture. Rosenberg, who believes that Isaiah 17:1-3, among other verses, highlight what’s to come, attempted to poke holes in counterarguments, charging that those who dismiss the view that the Bible holds many keys to the End Times fail to see the full picture.
<div id=”ad-300×250-instory-1″ class=”inline-ad-wrap clearfix ad” data-cb-ad-id=”instory_300x250-1″>
<div id=”google_ads_iframe_/75484061/TheBlaze.com/Stories/Faith_2__container__”>As a refresher, Isaiah 17:1-3 reads, “See, Damascus will no longer be a city but will become a heap of ruins. The cities of Aroer will be deserted and left to flocks, which will lie down, with no one to make them afraid. The fortified city will disappear from Ephraim, and royal power from Damascus; the remnant of Aram will be like the glory of the Israelites,’ declares the Lord Almighty.” Considering the current international conflict, this is obviously capturing attention.</div>
</div>
Some critics dismiss the application of these verses to future prophecy and note that Damascus has been attacked numerous times throughout its history. Thus, they believe prophecy has already been fulfilled. Some hold that there’s no remaining foresight at any level and simply believe that what is described already unfolded in 732 B.C.
<h4><strong>1. Damascus Has Been Attacked Before, But…</strong></h4>
TheBlaze asked Rosenberg to respond to this latter claim and he noted, first and foremost, that Damascus certainly has been attacked in the past – but the Bible expert added an important caveat: Damascus has never ceased to be a city, something that Rosenberg believes is clearly prophesied in Isaiah 17.

“There’s no question that Damascus has been attacked and conquered numerous times through history. Nobody is debating that,” said the author. “The question is whether the actual text has come to fulfillment.”

Rosenberg pointed out a unique fact about Damascus, the capital of Syria: It is one of the oldest continuously inhabited cities on the earth. It is first mentioned in Genesis and yet it still appears in modern-day headlines.

While he agrees that the 732 B.C. attack undeniably unfolded (Isaiah 7 and 8 predict this event, Rosenberg believes), he also holds that the prophesy in Isaiah 17:1-3 hasn’t yet been fulfilled, because Damascus continued to be a city following the attack by the Assyrians — and it remains an active and inhabited locality even today.
<h4><strong>2. Rosenberg Says Isaiah Didn’t Receive the Prophecy Until After 732 B.C.</strong></h4>
Rosenberg’s second argument is that Isaiah, in the expert’s estimation, didn’t receive the contents of Isaiah 17 until after 732 B.C. If this is true, it would mean that the Assyrian attack on Damascus was not what was being referenced in the text.

“It’s true that Isaiah prophesied about the conquering of Damascus — that happens in chapter 7 and 8 — and that is exactly what came to fulfillment in 732 B.C., but in chapter 14, in verse 28, Isaiah says something that’s fascinating and relevant,” argued the author.

Isaiah 14:28 reads, “This prophecy came in the year King Ahaz died.” Rosenberg believes this line is key to the debate. Since King Ahaz (king of Judah) died around 710 B.C., Rosenberg (who said the year of death was closer to 715 B.C.) runs through some logic that would, at the least, force his critics to respond with their own timeline of events. Perhaps only the text in Isaiah 14 and not 17 came in 710, but regardless the language does create some questions.

“This means that the prophesies of Isaiah 17 were not given to the prophet until 715 B.C., which is nearly two decades after the conquering of Damascus [in 732], so this helps us have assurance that Isaiah 17 wasn’t fulfilled in 732,” he continued.

Rosenberg said that it’s easy to overlook the verse referencing the king – one that seemingly provides context to Isaiah 17. The 732 B.C. prophesy, Rosenberg argues, gives Isaiah credibility, however what he promises in chapter 17 has yet to, in the Bible expert’s view, come to fruition.

“When he gives us end times prophesies, we can be assured that those will happen one day because the other things he had said had already come true,” Rosenberg told TheBlaze.
<h4><strong>3. Isaiah 17 Isn’t the Only Alleged Prophecy to Come</strong></h4>
The <a style=”color: #e91e24;” href=”http://www.amazon.com/Damascus-Countdown-David-Shirazi-Book/dp/1414319703/ref=sr_1_1?s=books&amp;ie=UTF8&amp;qid=1378870691&amp;sr=1-1&amp;keywords=damascus+countdown” target=”_blank”>“Damascus Countdown”</a> author also notes that it’s not only Isaiah 17 that makes apparent End Times references. You have to look at Jeremiah, too.

While the Syria conflict has shed light on the first three verses of that chapter, Rosenberg made it clear that Isaiah 11 through 24 is filled with “big picture” prophesies that he believes are set to take place in the future. These even include timestamps, Rosenberg claims.

“It’s really sad what the Bible says will happen to Damascus one day and I’m not saying that I know when it will happen,” he added. “I don’t know when these prophesies will come to pass. Will they happen in our lifetime? Well, they could.”

Regardless of where people stand on the issue, Rosenberg said that it’s important for individuals to be aware of what is said in the scriptures. The impact of the End Times — and the theories surrounding the controversial theology — are worth understanding, he told TheBlaze. Rosenberg also recommends that people who are interested in the subject read a parallel passage in Jeremiah 49:23-27 – a prophetic word that he believes couldn’t have possibly happened in 732 B.C., as Jeremiah wasn’t born yet (he died in 570 B.C.).

“It backs up Isaiah 17 and gives us more details and it comes in a section about End Times prophecies,” he said. “It refers to the judgment of Iran, which was known at that time as Elam.”

Rosenberg noted that these verses, again, describe Damascus. Here are those scripture references:

Again, he cautioned that we may not yet be seeing this come to pass, despite the fact that Syria is currently in the headlines. But Rosenberg did describe some of the modern-day happenings that cause some pause. In the current crisis, millions have fled Syria and the United Nations recently estimated that five million people are internally displaced. In sum, seven million Syrians have attempted to escape to either internal or external locations. “I want to be the most conservative guy on this … I’m not claiming that this prophesy is going to come true in our lives,” he said. “[But] it’s worth at least being aware of these prophecies.”
<h4><strong>What is Aroer?</strong></h4>
Isaiah 17:1-3 also claims that “the cities of Aroer will be deserted and left to flocks.” Considering that this often gets little attention (after all, if Damascus’ destruction has apparently yet to come, what about “Aroer?”) TheBlaze asked for Rosenberg’s understanding of the word.

“The word Aroer in Hebrew means ruins. It comes from a root word, which can be interpreted — it either means destitute, stripped naked or it can also be translated in other places as a bush or a tree,” explained Rosenberg, noting that there are questions about whether it’s a proper name or a descriptor. He added that the Bible does name at least a few small towns by this name that are located far away from Damascus.

If Aroer is a separate location, critics could argue – pending there’s evidence of an attack – then the verses have already come to fruition or are baseless, as Aroer is no longer a standing locality.  But Rosenberg tends to lean against the idea that the word is referencing a specific place, siding with those who believe it really just means “ruins.” “I personally lean against the idea that it’s referencing these specific three small largely unknown places…not a lot happened there of Biblical import,” he said.
<h4><strong>There’s No Definitive Timeline</strong></h4>
Rosenberg encouraged cautiousness when attributing current events to scriptures written long ago and he noted that there is no solid timeline through which people can presume when the End Times might unfold. “Neither Isaiah 17 nor Jeremiah 49 give us any detail about precisely when these prophecies will come to pass,” Rosenberg said. “We know that they would happen prior to the Second Coming of Jesus Christ, because there aren’t judgments that are happening during the Millennial Kingdom” (Christ’s reign before the final judgment). These events, he insists, will happen sometime between today and Jesus’ return.