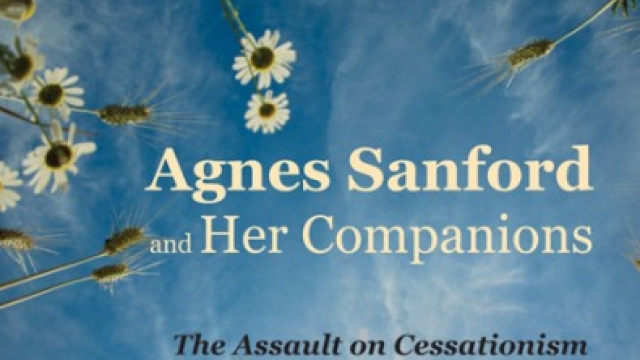 I am thankful for this very positive review by Dr. Jon Ruthven, one of the top Pentecostal scholars of our day. The editors of Pneuma Review has been exceptionally kind in printing it as a lead article.Below is the link. The book may be purchased on Amazon as a book or Kindle. A discount for the paper book version can be gotten at the publisher’s webpage (wipfandstock.com) by entering the title to the search box. 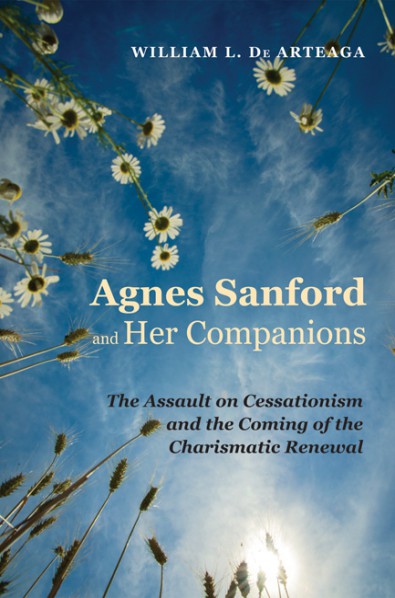 William L. De Arteaga, Agnes Sanford and Her Companions: The Assault on Cessationism and the Coming of the Charismatic Renewal (Eugene, OR: Wipf & Stock, 2015),ISBN 9781625649997

William De Arteaga has created a ground-breaking, major contribution that is foundational to the evolving understanding of the Pentecostal/charismatic movement projected to reach 811 million in only four more years.

The author offers a surprisingly sympathetic narrative of one whom he regards as the foremost, and ultimately, most influential theologian of the charismatic renewal, a woman nonetheless maligned as a “new age” heretic, Agnes Sanford.

De Arteaga’s work employs two metaphors to express its thesis that Sanford’s ministry overcame cessationism (the “Galatian bewitchment” 3:1-3, replacing the miracle power of God with human effort), by a series of “Marcion shoves” (a reference to a heretic pushing a truth into error in order to bring that truth to the attention of the mainstream). In Sanford’s case, hers was a trial-and-error sampling of various contemporary positions on healing, being dialectally “shoved” into a thoroughly biblical understanding.

In the early 1930s, the loudest voice against healing, however, was the heretical consensus doctrine of Protestantism of that time: cessationism, that is, miracles of healing simply do not happen today. Sanford began her God-given quest by having to reject the “Galatian bewitchment” of her cradle faith, Protestantism. In this De Arteaga showed how Sanford, in the total vacuum of Christian biblical scholarship on healing, was compelled to search a variety of fringe groups for any possible insight into the truth about the healings she had received from God. Through all this, Sanford held to the centrality of Jesus and his scriptures, but only gradually, with no help from the church, discovering how central was healing to the biblical mission and message of Jesus and the New Testament.

Agnes was the daughter of Presbyterian missionaries in China, educated in the US, who as an adult continued their ministry back in China briefly until she met and married an Anglican missionary, Ted Sanford. Against the growing destabilization of China by competing warlords in the 1920s and by the insurgent communists, the new family moved to the USA to minister in Anglican churches near Philadelphia. Upon the healing of her baby son of a severe ear infection and of her own deep depression by a fellow Anglican clergyman, Agnes Sanford’s life course was set. It was discerned that her depression derived from “violating her God-given nature” by trying to be an excellent housewife instead of the writer and minister of healing that God had called her to be.

At this point, since the Christian tradition at that time was unanimously cessationist (the “Galatian bewitchment”) Sanford decided to test (ever alert to the “Marcion shove”) the variety of competing ideologies on healing, Christian Science, occult “science,” spiritism, “New Thought,” New Age, etc. against the “standard” of Jesus described in the four Gospels.

Since she had personally experienced such miracles, Sanford’s curiosity was drawn to the only voices of the time, who seemed to affirm what she had seen so clearly. She skimmed Mary Baker Eddy’s Science and Health but found “it did not make sense.” She twice attended a “Christian” spiritist séance, “carefully keeping an open mind,” but discovered the leader himself was plagued by spirit-induced headaches. When Sanford prayed for the spiritist’s sick mother, she found herself in “deep depression” and “could taste in [her] own mouth” the foul odor on the breath of the spiritist. On top of that the spiritist’s mother immediately died. Sanford promised the Lord that she would “never go near a séance again.” Unwittingly, she came to understand that her prayer was mixing the “energy” of the demonic with that of the Holy Spirit. Thereafter, she would screen out for special attention and prayer anyone who admitted to involvement in spiritism. Despite her strict and clear repudiation of her experiment with “Christian” spiritism, critics pounced on her account as evidence of her “demonic” ministry, instead of it serving as a “Marcion shove” toward biblical truth. Sanford’s “scientific” and biblical process of “Do not quench the Spirit . . . test all things, hold fast to that which is good” (1Th 5:19-20) proved inflammatory for her critics.

De Arteaga points out that even Sanford’s use of the terms, “healing light” or “energy” of God for healing precipitated criticism because the terms were associated in the indiscriminate, foolish consistency of Fundamentalist cessationist critics as demonic “New Age” expressions. Actually, the terms, in the context of Christian behavior and healing, occur in the New Testament as binding on believer’s action: “For you were once darkness, but now you are light in the Lord. Live as children of light (for the fruit of the light consists in all goodness, righteousness and truth) and find out what pleases the Lord.” Certainly, one could argue that obeying the com­mands of Jesus to practice healing, is an expression of “living as children of the light” which produces “all goodness, righteousness, and truth”! (Eph 5:8-9). Indeed, Jesus himself gives the “light of life” (Jn 8:12). In speak­ing of God’s divine energy bestowing healing into a weaker, physical energy of a sick person, Sanford was right in line with the universal principle about all spiritual gifts: “There are varieties of ‘energy things’ [Greek: energēmatōn] and it is the same God whoenergizes [energōn] all [charismata] in all [everyone]” (1 Cor 12:6). Again, “All these [charismata] are empowered [energei] by the same Spirit” (vs 11). These, and 15 similar verses necessarily vindicate as thoroughly biblical, Sanford’s term, “healing energy”—hardly a term proving “New Age” influence.

According to De Arteaga, Agnes Sanford was not only a trail blazer for the charismatic renewal in the older mainline churches for the practice of healing, but she appeared as the most outstanding and definitive biblical theologian as well. Following her lead, Francis MacNutt wrote the book on healing that later completely shaped the theology and practice of John Wimber and the broader Pentecostal and charismatic movement.

Agnes Sanford and Her Companions: The Assault on Cessationism and the Coming of the Charismatic Renewal has now taken its place as the definitive study on the one who probably is the most seminal and influential figure in the early charismatic renewal. De Arteaga has provided a powerfully insightful study, not only of an original charismatic theology and its development, but a cautionary tale for critics of a Godly, highly intelligent woman, surrounded by conflicting heresies—including mainstream Christianity—who finished well by faithfully following “Jesus, the author and finisher of our faith.”

Does Agnes Sanford offer something for Post-Christian Europe? by William L. De Arteaga

“How you doin’ in the Spirit” A Pentecostal Group Update PentecostalTheology.com is celebrating its 6th birthday Pentecostal Theology aimed to break the closed borders…