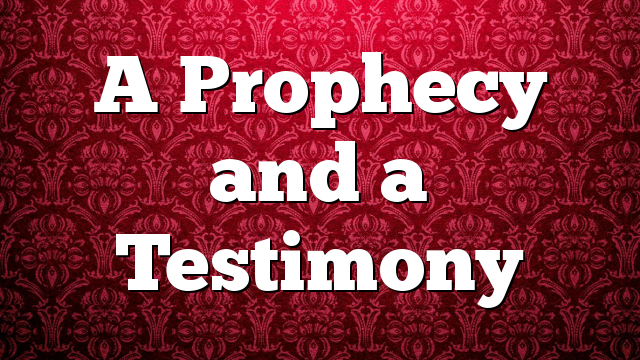 “Reaping far beyond the known limits of the past will be a new norm for many” – Robin Roberts
(From a letter written to his ministry partners). Also, a testimony of his accurate personal prophecy in my life – Ray E Horton

“A new season is upon us both in the natural and the supernatural. “To everything there is a season, and a time to every purpose under the heaven” (Eccl. 3:1). Seasons come and go, but the faithfulness of the Lord is everlasting.  God is forever faithful, even in new seasons and new purposes ordained by Heaven.

“It is with much anticipation and joy, that we can enter into the seasons with God.  Heaven has prepared only the highest and best for us in this new season of Divine purpose.  Higher ways and higher heights await us as we press into our Master’s plan.  Reaping far beyond the known limits of the past will be a new norm for many.

“His name will be exalted in places and quarters previously known only for their darkness. The circumstances of nations will yield to the Light of the Gospel and fullness of times. Naysayers will be confounded and scoffers silenced because of the abiding power and presence of God in their midst. T he impossible will become the probable and very often the norm.

“Bible Days will once again reappear, accompanied with Bible Ways, causing many to rejoice and be glad for this new season.”

For those who don’t know Robin Roberts, for verification of his gift, let me (Ray) tell you my personal experience with his prophetic gift. In 1997 my family had to be out of the house we were renting very soon because it was being sold. We had unbelievably inexpensive rent, which had been good since we were very tight on money at the time. We would have liked to buy a house, but we had no money for a down payment or to make large monthly mortgage payments.

Robin came to the church we were a part of and had a prophetic word that we would receive a substantial inheritance. We had no idea how that could be since we couldn’t think of any relative with much money.

But within weeks, an aunt who I never met, died. She had been in a nursing home. It turned out she had plenty of money left, and her will divided it among me and ten cousins. It was enough for a substantial down payment on a nice house the Lord made available to us (that’s a whole other testimony), enough so mortgage payments could be very low, and enough left over for some new furniture and a replacement van for one of our old cars. God is amazing – I never knew anything about this aunt, yet He gave that word for us to brother Robin.

Several years later we were concerned about how we would pay for our son to go to college.  We knew he was a good student, but still thought we would have major expenses.  Robin prophesied that young Ray would go to college and it would not cost us anything.

Since then, young Ray graduated from Case Western Reserve University with his master’s and then PhD, after having earned a bachelor’s degree at Mercyhurst University. He was a 4.0 GPA student. None of his many years of college and post-graduate school cost us a thing, and for the latter, he received not only scholarships but was paid for a teaching assistantship.  Praise the Lord!