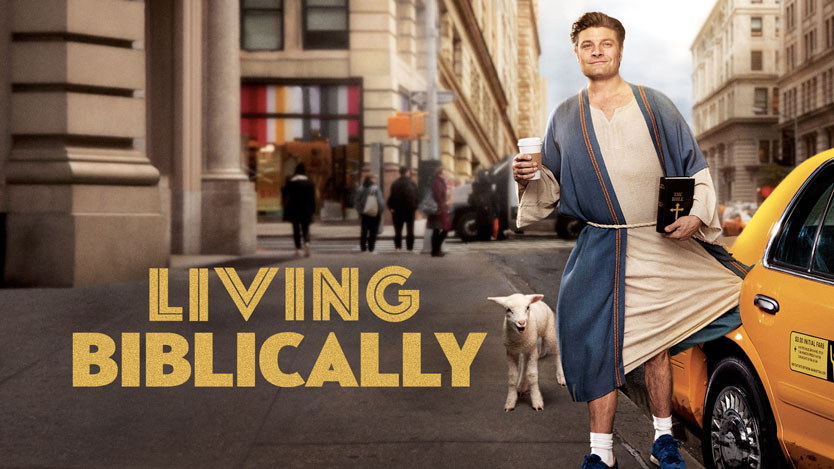 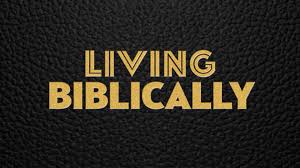 The show’s creators discuss opening a conversation between the faithful and the not-so-much.

“Sometimes miracles occur only when you jump in.”

“In trying to avoid one sin I’ve committed another.”

SELECT QUOTES for Pentecostals from Living Biblically (the show)

“There’s a beauty to forgiveness, especially forgiveness that goes beyond rationality. Unconditional love is an illogical notion, but such a great & powerful one”

“I am officially Jewish, but I’m Jewish in the same way the Olive Garden is an Italian restaurant.”

“I’ve rarely said the word “Lord,” unless it’s followed by “of the Rings.”

“I’m still agnostic. But in the words of Elton Richards, I’m now a reverant agnostic.”

“The whole bible is the working out of the relationship between God and man. God is not a dictator barking out orders and demanding silent obedience. “

“This is what the Sabbath should feel like. A pause. Not just a minor pause, but a major pause.”

“The Bible is right: A deluge of images does encourage idolatry. Look at the cults of personality in America today. Look at Hollywood. Look at Washington. I’d like to see the next presidential race be run according to Second Commandment principles. No commercials.”

ADD YOUR FAVORITE QUOTES from Living Biblically (the show)

Timothy Carter There are not many comments on that thread.

Louise Cummings I hadn’t heard of this one.

Timothy Carter Booi Marie Goff Klein, why did you turn the channel?

Timothy Carter Bobbi Marie Goff Klein I watched it today. Your correct they are in a bar. The main character meets his spiritual advisors in the bar, a Jew and a Catholic Priest. He calls them “my God Squad” because theses two men answer Bible questions while the thr…See More

Troy Day  Timothy Carter what is your personal take on it?

Timothy Carter I watched a couple of times to see how the Bible would be presented. So far noone on the show is making fun of the Bible or Christians. So, that is a good thing. Everyone on the show makes fun of Chip (the main character) Because he is taking the laws …See More

Troy Day Right. But it also stopped being funny

Timothy Carter Troy Day it seems that the actors are struggling to identify with their characters. The comedy is cheesy.

Troy Day was funny @ first – not funny no more
Manage

Apostles and Prophets An Interview with Peter Wagner

Topic: Apostles and Prophets An Interview with Peter Wagner In the woods behind the Wagner homestead runs an old stagecoach trail that, a century…