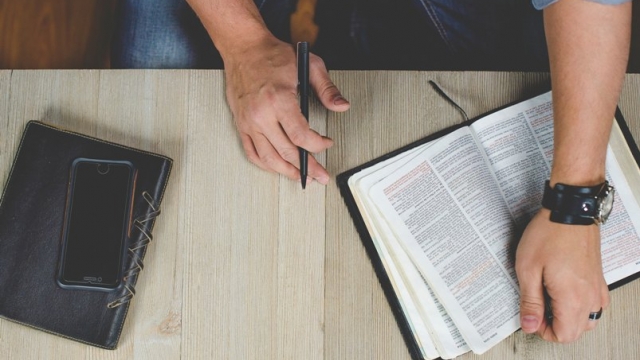 What is this mysterious number, so familiar to horror film buffs, Satanists, and fundamentalist apocalyptic speculators alike? The answer is very intriguing, satisfying and perhaps ominous. It’s also a great illustration of all the different things that can sometimes go into biblical interpretation.

The passage in Revelation that mentions the number of the beast is an explicit riddle and demands that we try to figure it out. In Revelation 13:11-17 we are presented with a description of “the beast,” that mythical creature who will bring the whole world under the sway of its power, to then be defeated by God in the battle of Armageddon (Rev. 19:19-20). Then John adds,

This calls for wisdom. If anyone has insight, let him calculate the number of the beast, for it is man’s number. His number is 666 (Rev. 13:18).

The answer lies in gematria 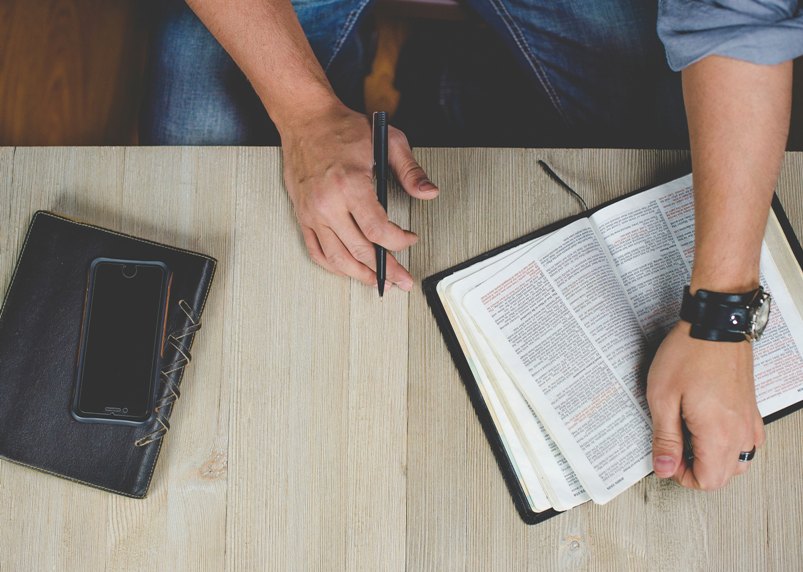 Who could resist this challenge? Historically many have attempted to decode the number on the assumption that it is an instance of gematria, using numbers as codes for words. This made a lot of sense in the ancient world where letters were used as a matter of course to represent numerals. In gematria the number was arrived at by adding together the values of each letter of a word. If you assigned numbers to letters in English (a=1, b-2, etc.) then my name, Rob, would add up to 35 (18+17+2). The number of Rob is 35.

Here are some ancient examples,

But another level of complexity is that you have to know which language the code applies to. In Greek, 666 doesn’t seem to line up to anything very significant. Just a few common names, as Ireneaus, the second century church father, discovered. The key here is that the calculation must be done in Hebrew.

Let’s switch for a moment to a different word in the sentence to get started with our calculations. The Greek word for “beast” used in the text of the New Testament is theirion (θηρίον). If this word is transliterated to Hebrew (תריו֝), it adds up to 666. Of course, this does not tell us much, since it is stated explicitly in the text that 666 is the number of the beast. But maybe it does tell us something about method. Maybe it means that in order to find the name behind the code 666 you have to transliterate a Greek name to Hebrew and then add up the letters.

Fortunately the work on this was already done a long time ago, and we don’t have to go scouring ancient manuscripts for names. If we take the Greek phrase “Nero Caesar” and transliterate it into Hebrew, it turns out that the letters add up to, you guessed it, 666.

A couple pieces of information make this a very likely interpretation. First, a contemporary Aramaic (not Hebrew) document makes a similar calculation, and also arrives at 666 as his number. Second, there is a variant in several ancient copies of Revelation where 666 is replaced by 616. Why is this?  If we take the Latin form of “Nero Cesar” and transliterate it into Hebrew, the letters adds up to that number. It seems clear that someone in the ancient world was making the connection between this passage and Nero through gematria, most likely under the influence of the Greek to Hebrew connection.

What does this mean?

For some readers of Revelation this might seem like a strange turn. Isn’t Revelation a book about things in future? But Nero was emperor from 54-68 AD, well before Revelation was written (early 90s AD). Why is the beast being identified with a past ruler? I think the answer is that Nero serves as an example of the coming beast. The code is saying, “if you want to get a better idea of how the beast will rule, just look at Nero. He is one of the same type.” But John, the author of Revelation, cannot do this explicitly without risking the wrath of the Roman government.

And why would Nero be identified as a prototypical “beastly” individual? The answer is easy. Nero was famous for his cruel treatment of Christians and initiated the first major Roman persecution of Christians. This included having them eaten by dogs, crucifying them, and lighting them on fire on poles to serve as human lampposts. He is probably also the emperor under whom Paul and Peter were martyred. So the coming beast, also, like Nero, will be a brutal enemy to Christians. Here is Tacitus’ account of Nero’s treatment of Christians after a great fire in Rome in AD 64,

Consequently, to get rid of the report, Nero fastened the guilt [for the fire] and inflicted the most exquisite tortures on a class hated for their abominations, called Christians by the populace. Christus, from whom the name had its origin, suffered the extreme penalty during the reign of Tiberius at the hands of one of our procurators, Pontius Pilatus, and a most mischievous superstition, thus checked for the moment, again broke out not only in Judaea, the first source of the evil, but even in Rome, where all things hideous and shameful from every part of the world find their centre and become popular. Accordingly, an arrest was first made of all who pleaded guilty; then, upon their information, an immense multitude was convicted, not so much of the crime of firing the city, as of hatred against mankind. Mockery of every sort was added to their deaths. Covered with the skins of beasts, they were torn by dogs and perished, or were nailed to crosses, or were doomed to the flames and burnt, to serve as a nightly illumination, when daylight had expired (Tacitus Annals XV.44).

A Caution: Lest anyone get the wrong idea I must insert a caution. I am not by any stretch of the imagination suggesting that we go crazy on the numbers of the Bible with gematria . This is the only place I see it at work, and the reason is that the passage explicitly encourages us to do the calculation. Most of the historical data I’ve mentioned here is provided in the Word Biblical Commentary on Revelation 6-16 by David Aune.

About the Author: Rob Haskell grew up in Argentina as the son of missionaries. He has done college ministry and worked in missions in Latin America, training pastors. Rob has a ThM in New Testament from Regent College. He is author of a Spanish language book on hermeneutics (Interpretacion Eficaz Hoy) and co-editor of Local Theology for the Global Church, a book produced by the World Evangelical Alliance Theological Commission. Currently he makes websites at his company, Intuito Websites, and teaches regularly at his local church in Bellingham, Washington. He enjoys a busy life as a single parent and an avid hiker.

The fact is you must be born again