A homosexual man has filed a $70 million lawsuit against Bible publishers Zondervan and Thomas Nelson, alleging that their version of the Bible that refers to homosexuality as a sin violates his constitutional rights and has caused him emotional distress. The 39-year-old is suing the Grand Rapids publisher for compensation of 20 years of “emotional duress and mental instability” He’s seeking $60 million from Zondervan and $10 million from Thomas Nelson Publishing. 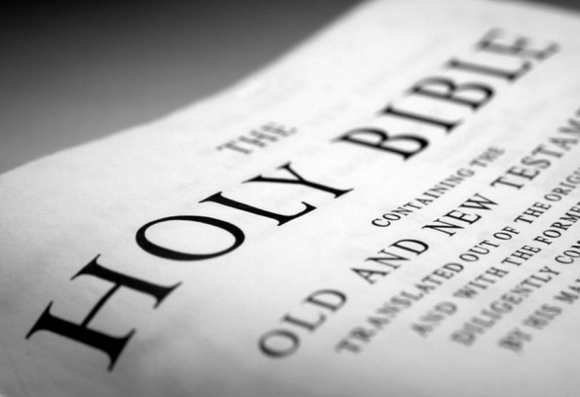 Pentecostal Theology [07/10/2015 3:58 PM]
Zondervan issued a statement to The Christian Post that said they do not discuss ongoing litigation. The company’s spokesperson Tara Powers, however, pointed out that they only publish Bibles, not translate them.“Since Zondervan does not translate the Bible or own the copyright for any of the translations we publish, we are not in a position to comment on the merits of how a word should or should not be translated,” said Powers.

John Kissinger [07/13/2015 3:14 PM]
The Rainbow Study Bible is actually a pretty good and well colored inductive study Bible. You probably mean this one here (I do NOT endorse). Rick Wadholm Jr will be happy to check the “Extensive Notes On Greek Word Meaning” http://www.amazon.com/Study-Testament-Lesbians-Gays-Transgender/dp/0980443016

John Kissinger [07/17/2015 7:36 PM]
Some Advice on Same-Sex Marriage for US Church Leaders and Other Articles to Get You Unstuck http://tmlive.us/1NYeXd8

DougandTracy Anderson [08/01/2015 11:19 AM]
Well I’m sure God will give him everything he deserves no matter of the outcome of his law suit.

Was there an astronomical origin of the Star of Bethlehem in Matthew 2?

In Matthew 2:1-12, there are mentions of the Star of Bethlehem, specifically

and asked, “Where is the one who has been born king of the Jews? We saw his star when it rose and have come to worship him.”

Then Herod called the Magi secretly and found out from them the exact time the star had appeared.

Also, is the subject of many Christmas carols, including We Three Kings of Orient Are.

My question is, is there evidence to suggest an astronomical origin of the Star of Bethlehem?