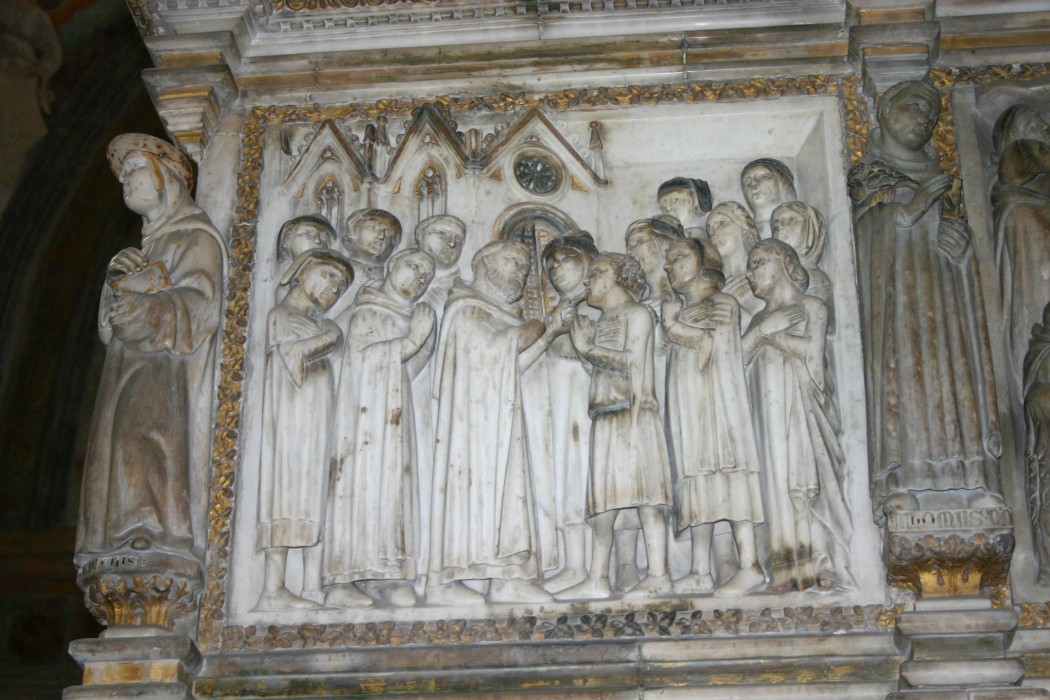 Do you know of a case in the Bible, where a person received healing and then lost it? Rick Wadholm Jr Daniel Rushing Pack Rat Charles Page

Pack Rat [04/20/2015 3:00 PM]
many Jews were not healed because of their unbelief, but no one that I know of received healing and lost it. Deliverance on the other hand is a different question….

John Kissinger [04/20/2015 4:36 PM]
That’s beyond the premise of the question of course. If we counted every healing as resurrection and every loss of healing as death, then well…

Pack Rat [04/20/2015 4:39 PM]
Then it goes and takes with it seven other spirits more wicked than itself, and they go in and live there. And the final condition of that person is worse than the first. That is how it will be with this wicked generation.”

Pack Rat [04/20/2015 5:08 PM]
While it is not a lost of a healing for a person in the bible. Many illnesses were cured by deliverance from demons. In theory a healed person whom returns to sin, becomes many times worst. Again I can not remember an example in the scripture, but in ministry this is often the case.

Daniel Rushing [04/20/2015 5:39 PM]
I have personally seen instances where a spiritual experience may cause an ailment to cease for a moment, without a complete healing happening. My Dad, for instance, cannot walk more than a fee steps due to a stroke. However, once in a worship service, he was so overcome by the Spirit that he walked around the church. After the experience, the strength left and he was not completely healed.

Jeffrey D. Madison [04/20/2015 6:44 PM]
This teaching comes from John chapter 5. Here Jesus warns a man who he healed at the pool of Bethesda that something worse will happen to him if he does not stop sinning. Scripture does not mention the sin, it only confirms that sin can cause one to lose their healing: v.14; “See, you are well again. Stop sinning or something worse may happen to you” (NIV). Sin in this case “could” have been a hard heart. Scripture says that the man went to the Jewish leaders to tell them that it was Jesus who healed him. This goes against Jesus’ instruction about his concealment while he was on earth (Mark 7:36). When he was with us Jesus would receive praise and worship, but he did not want the Jewish leaders to know that it was him who was doing the miracles. (He did not want them to crown him king before it was his time (John 6:15), he also wanted to be able to mingle with the people without the crowds pressing on him (Mark 1:43-45).

John Kissinger [04/20/2015 6:49 PM]
While this seem like a valid example, the expression “something worse” is hard to related to sickness again, but perhaps something worse like death. For sickness again would have not been exactly something worse, but rather more of the same. Also while there’s a stated warning, there’s no record of the sickness returning again to the man.

Jeffrey D. Madison [04/20/2015 8:06 PM]
Here two things should be considered. The first is the character of God. In that he is GOOD all the time! In his benevolent mercy he seems to prevent immediate death for regurgitated sins, just like he did with Adam in Eve’s original sin. Scripture does not have an example of an immediate death after someone is healed and then sins. Second, Scripture does provide an example of what happens when demons are cast out and a person continues to sin (Luke 11:20-26). Considering that infirmity was considered a demonic oppression (Luke 13:11-16; Matthew 9:32-33), it is highly possible that John is implying to what is already known about the matter due to Luke’s text. This correlates with 1 John ch. 3. Scripture is clear in confessing that Satan and his demonic horde are indeed the author of sin and death. Scripture is also clear in stating that Jesus came to drive them out. (Acts 10:38, 1 John 3). By connecting Luke 11:20-26 with infirmity, it is clear that one can regain their infirmity or have something worse happen to them. However, as mentioned, death due to sinning after being healed is not mentioned in the text. Getting the infirmity back is implied. With that being said, if you or someone you know is worried about loosing their healing due to sin, please know that God loves you (them) and does not cause anyone to loose their healing. Grace be with you!

John Kissinger [04/21/2015 6:02 AM]
Agreed, but all I am saying is thou there was a valid warning, there’s no actual records of happening. My original inquiry was for example where healing was actually lost and sickness returned

Pack Rat [04/21/2015 7:54 AM]
Having no biblical examples neither proves or disproves the curse. but if your intention was to make us think, well done!

John Kissinger [04/21/2015 7:56 AM]
OK then, so here’s the theological dilemma: if sickness can get back in a healed person, what is to stop a demon to get back into a saved person?

Pack Rat [04/21/2015 8:19 AM]
The variable here is not Almighty God, or demons, or that persons salvation; the variable is sin, willingly or unwilling sinning.

I have been totally healed by God of cancer, which has been verified with a bone marrow test and 28 monthly blood test.

However if I allow the sin of fear to grip me, or continue in bad health habits, cancer could again attack. I know to avoid sugar, which feeds cancer cells. So it is within my free will to sin against my own body…

Jeffrey D. Madison [04/21/2015 4:22 PM]
TB: Yes, the exegesis that I provided highlights a persons free will to fall back into sin, along with the possible consequences. When it comes to the supernatural, not every doctrine is spelled out word for word in the Bible. Like the doctrine of the Trinity, and Jesus’ divinity, we have to piece things together in prayer and in community. As a result of this strange phenomenon we search the Scriptures for the reasons why. Pack’s example of sin is a good one because we are commanded not to fear. Worry, doubt, and fear are actions that give rise to Biblical examples of sin. Theologically, I would label this as demonic trickery (as seen in the temptation of Christ: Matt. 4:1-11). Here the enemy uses fear, worry, and doubt as manipulators that take over our thinking patterns. It is at this point that demonic oppression takes place. The general consensus among Pentecostals is that it is demonic oppression that causes one to lose their healing, not their salvation. In my opinion, Demonic possession can happen only if the Christian willingly walks away from God to serve Satan or demonic entities. Hebrews 6:4-8 speaks of the reality of losing salvation. However, for this to happen one would have to completely walk away from Christ. Here they would have to publicly disown Christ (Matt. 10:33). At this point I am sure that they would be open for demonic possession. Regardless, it is not easy for humans to be demon possessed. In that God’s prevenient grace is deployed to protect humanity from Satan.