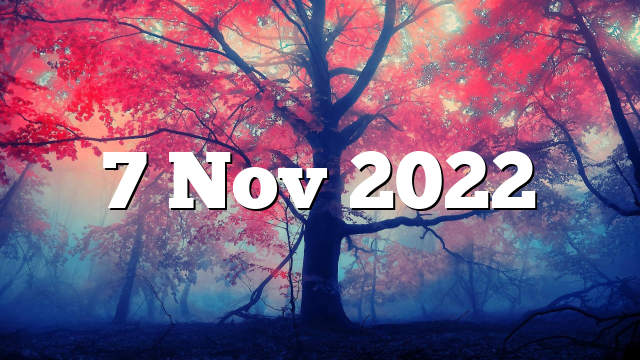 The Strategic Petroleum Reserve Has Become a Joke

The Strategic Petroleum Reserve (SPR) is an emergency stockpile of petroleum maintained by the United States Department of Energy (DOE). It is the largest publicly known emergency supply in the world. The oil is stored in giant underground salt domes in Louisiana and Texas. The SPR has a capacity of 714 million barrels.

The United States started the petroleum reserve in 1975 to mitigate future supply disruptions as part of the International Agreement on an International Energy Program after oil supplies were interrupted during the 1973–1974 oil embargo.

Since 2015, Congress has been selling the oil in the reserve to partly fund the national deficit, in unpublicized sales. The DOE has run at least seven sales since 2017, selling 132 million barrels, or about 18.2% of what had been in the reserve.

According to legislation already in place, the amount of oil in the reserve could fall to as little as 238 million barrels in the next five years. This will be a 67% reduction to the oil in the reservoir since 2010.

The administration has no working plan to refill the reserve. In 2012, the total value of the crude in the SPR was approximately $43.5 billion, while the price paid for the oil was $20.1 billion (an average of $28.42 per barrel). The current spot price of oil is around $90 per barrel, so we would pay through the nose to refill the SPR.

Biden has turned the SPR into a joke. The inventory is now so low that it could not help with any major crisis. If Biden and future presidents are going to deplete the SPR during every future oil spike, the reserve could eventually run dry.

The SPR has just been neutralized by our so-call friend in the Arab world. The oil-producing cartel OPEC and its allied countries announced they would cut their collective production by 2 million barrels a day. Biden went to the Saudi Arabians to beg them to produce more oil, and they made a fool of him by taking the opposite action.

The U.S. used to have all types of reserves, but we sold most of them off in good times. We once had a billion-ounce reverse of silver. The treasury now has zero ounces of silver. Our ability to import goods from China has caused us to not even have reserves of essential drugs and rare earth metals. The only meaningful reserve we have left is a huge stash of government cheese. The dairy lobby has convinced Congress to fund this hoard that sits in old mines and rots.

The DOE has raised the possibility of limiting fuel exports in a bid to force domestic gasoline prices lower, but the administration has in recent days toned down its rhetoric, according to two industry people. Oil company executives and analysts have said the move could backfire because it could cause producers to slow their drills if they no longer have access to foreign markets, increasing domestic prices.

The SPR was a good idea, but government corruption ruined it. We should have had an SPR of at least 2 billion barrels. Energy is something that you can’t live without. Europe now sees the value of having greater gas reserves. Great Britain was really caught with its pants down. Its natural gas reserves are near 100%, but they will only last a few weeks. Some European nations have reserves that will last them until next spring.

One of the most inspiring scriptures that explains why we have a problem with oil is Deuteronomy 25:4. I like Timothy’s quote that is sighted below. When Biden came to office, he attacked oil companies as greed firms that should be driven out of business. He still attacks them as profit-driven, but that is how the capitalist system works. Without a reward, you get less production. God is not only the Lord of the universe, but He is the world’s wisest economist.

“For the scripture saith, Thou shalt not muzzle the ox that treadeth out the corn. And, The labourer is worthy of his reward” (1 Timothy 5:18).

Geopolitical warmongering intrigues are in full bloom for those who watch for end-of-the-age signals. Societal and cultural Sodom-like reprobate madness is on display and growing in ways prophesied by Paul in Romans chapter 1. National and global economic scheming and profligate spending treachery by governments have the seas of humanity roaring.

And now, as if to fully round out the picture of end times developments, the religious harlot system is in dynamic agitation, shaping dramatically for all who are truly watching to see.

John, given the vision while on Patmos, describes that wicked religious entity that will ride the back of the Antichrist’s regime.

“And there came one of the seven angels which had the seven vials, and talked with me, saying unto me, Come hither; I will shew unto thee the judgment of the great whore that sitteth upon many waters: With whom the kings of the earth have committed fornication, and the inhabitants of the earth have been made drunk with the wine of her fornication.

“So he carried me away in the spirit into the wilderness: and I saw a woman sit upon a scarlet coloured beast, full of names of blasphemy, having seven heads and ten horns. And the woman was arrayed in purple and scarlet colour, and decked with gold and precious stones and pearls, having a golden cup in her hand full of abominations and filthiness of her fornication: And upon her forehead was a name written, MYSTERY, BABYLON THE GREAT, THE MOTHER OF HARLOTS AND ABOMINATIONS OF THE EARTH. And I saw the woman drunken with the blood of the saints, and with the blood of the martyrs of Jesus: and when I saw her, I wondered with great admiration” (Rev 17:1-6).

It is an amazing thing to observe, even for those who are alert to things that must come to pass according to God’s Holy Word. And the story developing is nothing short of prophetic in consideration of the above prophecy given John to forewarn those who will have the ability to discern the signs of the times.

The picture of the coming harlot that rides the beast has been in the last days developing process for some time. We have gone over how the global warming matter has morphed into the climate change mantra. The earth is being destroyed by mankind is the incessant hue and cry. There is a religious-like fervor to “save the planet.” The basic color scheme for the developing secular-humanistic system – the hue of the robes worn by the priests of climate change – is, of course, green.

Also, in order to save the earth, there must be a drastic depopulation of the planet. The Georgia Guidestones told us so. The population must be pared down to a maximum of 500 million inhabitants –else all of mankind will face the fate of extinction.

That message and doctrine has at its heart, although the priests of green have never said so publicly –the elimination of humanity through the process of murder of children while in their mothers’ wombs. This doctrinal matter within the climate change religion serves, in my view, as a sacrificial presentation upon the white-hot Moloch-like altar of the self-appointed gods of this world. Thus their Utopian world can, they seem to be convinced, be brought to perfection.

The following information was recently brought to my attention. To me, the information seems to bring into focus the formation quickly taking place – the symbolic religious harlot of Revelation 17.

Between November 6th and 18th, 2022, the UN climate conference COP 27 will take place on the Sinai Peninsula in Sharm El Sheikh, Egypt. Religious communities and religious leaders have a key role to play in addressing climate change and climate justice, which requires deep transformation within society. The knowledge of what changes are critically needed to diminish long-term harm to the planet is readily available.

However, bringing about change in action demands deeper changes in attitude, a change of heart. This has been the domain of religions for millennia. Religions are sources of inspiration for the transformation of the heart and the ensuing changes of attitude…. Religious leaders will call for a reexamination of deep-seated attitudes and for identifying ways to transform these attitudes for the wellbeing of Earth, our common home.

Over the weekend of November 12th-13th, few official discussions or activities are planned at COP 27. This provides a major moment when the attention of media and participants can be turned to interreligious climate messaging and a transformative vision. On Sunday, November 13th, religious leaders will ‘return’ to Mount Sinai, a mountain whose memory and meaning loom large as a place of revelation in the collective consciousness of Christianity, Judaism, Islam, and others.

As an ancient sacred space, it was the site of prophetic experience, and receiving God’s message, for the prophets Moses and Elijah in all three Abrahamic traditions, and the prophet Muhammed in the Muslim tradition. COP 27 taking place in Sinai can remind humanity of our sacred responsibility to care for God’s creation.

Source: In Sinai – A Prophetic Call for Climate Justice and Ceremony of Repentance, The Interfaith Center for Sustainable Development, https://interfaithsustain.com/returning-to-mt-sinai/

So we get insight at this late, prophetic hour into the religious system John forewarned of and which the false prophet of Revelation chapter 13 will, no doubt, greatly expand.

The following is the statement of commitment by the leaders of this developing Mystery Babylon system.

“We come to Sinai in a movement of repentance and quest. We seek a new vision for humanity and its endangered existence, and we seek to receive and amplify a message of life-sustaining living and habits that humanity needs to hear today. In this spirit, the project partners will bring together premier religious leaders from the world’s major religions to gather upon Mount Sinai to engage in a first-ever Climate Repentance Ceremony, and to put forth a prophetic interreligious call to action: ‘climate Justice: Ten Universal Commandments.'”

Goals of the Event

With the Harlot getting ready to ride the Satanic beast Daniel and John saw – the last world empire that Antichrist will rule – observers of the times from the preTrib view can do none other than believe the Rapture is very near.

Here again is how to be part of that Blessed Call to believers when the Lord Jesus Christ’s Voice sounds as a Trumpet.

Why would any minister, teacher, deacon NOT want to be licensed?

Why would any minister, teacher, deacon etc NOT want to go ahead and become licensed? What would be a valid reason for not doing…