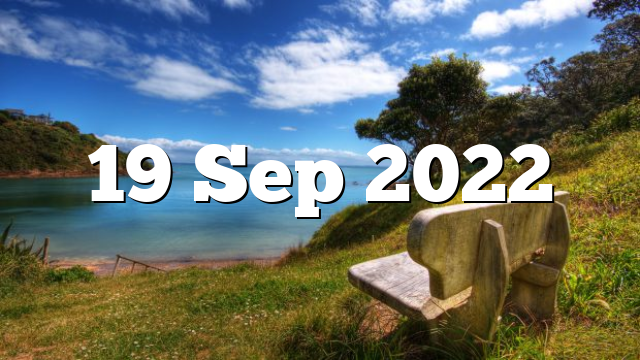 The Prophetic Significance of the Death of Queen Elizabeth II

Several years ago, I noticed our society is being influenced by something that has a direct impact on Bible prophecy. It is a very long-term factor, but it will guide how prophecy unfolds. As one generation dies off, it is replaced by one that is further away from God’s will.

Of the people under the age of 30, nearly 70% have no religious affiliation, they largely support gay marriage, and the majority of them support people who wish to change their gender. They are so liberal in their politics that they would turn America into a one-party nation. Even now, many cities are so heavily controlled by the Democratic party, Republicans don’t even bother to field a candidate.

Queen Elizabeth was generally private about her political views. She saw her role as one who should be on the side that sought the greater good. If the prime minister was from Labor or the Tories, she would give them the same advice.

During her 70 years in power, Queen Elizabeth gave up all of her colonial claims. I couldn’t find an example where she sought to expand her power. She wisely realized the British Empire could only be an alliance of equals that shared the benefits of being part of Great Britain. The people of Scotland recently voted on staying or leaving the union, and they decided that staying was the best option.

What Queen Elizabeth lacked in political power, she more than made up in being a great diplomat. She met with hundreds of political leaders and addressed all manners of problems. The general history of the world involves mankind either fighting or talking. Queen Elizabeth had amazing skill at bringing together political opponents. Brian Mulroney, Canadian prime minister between 1984 and 1993, said Elizabeth was a “behind the scenes force” in ending apartheid in South Africa.

Even though Queen Elizabeth was very popular with the public, the liberal media couldn’t help taking a stab at her because of their general hatred of all white people. The New York Times quoted Uju Anya, a Nigeria-born professor at Carnegie Mellon University, who posted a tweet in which she wished the queen “excruciating” pain on her deathbed for overseeing a “thieving raping genocidal empire.”

Buzzfeed gave a voice to Scaachi Koul, who said, “I don’t care that the Queen is dead. She had a good run, and I didn’t know her, so why should I waste the six tears I am allotted per year on a stranger? The only reason I’m here is that I delight in upsetting Europeans, a long-held tradition of nonwhite Canadians for at least a century and a half.”

“The monarchy is defunct, its members are institutionally powerless, and now the Queen is dead. The world is moving on past what the monarchy gave us or, rather, what the monarchy took. Diana’s gone, Meghan’s making podcasts in Palo Alto, and you want me to feel sad that the Queen died? Pass. Save your tears for something that matters.”

Both of these women are disgusting individuals. Most of their writings are laced with profanity, and they have a self-serving fixation on racism. A third-world prostitute would have a better claim of moral superiority than these two dingbats.

I hope the best for King Charles III, but I’m very doubtful that he will come anywhere close to matching his mother’s legacy. Charles has already made several errors that show he lacks good judgment. His failed marriage to Princess Diana is at the top of any list. Charles is a big-time environmentalist. He said that climate change skeptics are playing “a reckless game of roulette” with the planet’s future and are having a “corrosive effect” on public opinion. Charles said he would vow to be a “Defender of Faith” as king, but he came across as a universalist by “ensuring that other people’s faiths can also be practiced.”

A key reason why good people are dearly missed is that most people don’t do anything positive in the world. If you try to bring peace to the world, you have a right to complain about the lack of it.

“Blessed are the peacemakers: for they shall be called the children of God” (Matthew 5:9).

Prepping for the Prince that Shall Come

Prepping for terrible times ahead, anticipated by the entire spectrum of those garnering goods and shelters in order to survive, saturates the many blogs that predict worldwide collapse into dystopia. This prepping includes many who are Christians –true believers in Jesus Christ for their Salvation.

This is the case, despite God’s prophetic Word plainly teaching that there is no preparation, apart from relying totally on God, alone, that can guarantee even a modicum of safety in that most horrendous time of history to come –the Tribulation. And believers of this age won’t endure that terrible time at any rate.

But this isn’t the prepping that is the subject of this commentary.

My thought is to address the preparations we can see being made by the minions, both demonic and human, of Ephesians 6: 12. The principalities and powers in high places which, unwittingly and unknowing, perhaps, in the case of the human minions, are preparing the way for human history’s most terrible tyrant.

And boy! Is that preparation ever taking shape in ways and at speeds which prophecy Watchers from the preTrib perspective find truly astonishing?!

As stated in previous attempts to cover what is happening with regard to things shaping up for the ending to this Church Age(Age of Grace,)I’m convinced that evil assaults on children constitute a major signal of just how near the beginning of the Tribulation must be.

Satan is preparing the hearts of fallen mankind to accept every form of wickedness in paving the road for his Antichrist’s regime to take power. The devil is more and more focusing his attack on the United States of America, because this nation is the last bastion of liberty in terms of human government. America also, despite speeding into anti-God behavior on practically every level of society and culture, still maintains the Light of God’s Salvation Message in which He Invites the world to accept His Grace Gift. –Thus the attack increases almost hour to hour.

One such report shows this as plainly as it can be shown, I believe. The once seemingly innocent Walt Disney productions, as I heard recently are banishing Prince Charming and is instead bringing in the prince of darkness. The following are a few excerpts of that report.

“Little Demon,” a new animated show about a woman who mates with Satan and produces the Antichrist, is raising eyebrows and making cultural waves.

But amid the cacophony of frustrated retorts to the show — which airs on the Disney-owned network FXX and stars Danny DeVito as Satan — faith leaders and media experts are sounding some consequential theological and practical alarms for parents and children alike.

“I … can’t believe that this show exists,” Mike Signorelli, senior pastor of V1 Church in New York City, told CBN’s Faithwire. “I think if we could go back 30 years … everybody would universally be shocked and appalled.”

Signorelli isn’t exaggerating the situation, as the promotional language for “Little Demon” alone showcases the disturbing themes and images embedded in the show — violence, paganism, and satanic storylines cloaked in attempted comedy.

“Thirteen years after being impregnated by Satan, a reluctant mother, Laura, and her Antichrist daughter, Chrissy, attempt to live an ordinary life in Delaware but are constantly thwarted by monstrous forces, including Satan, who yearns for custody of his daughter’s soul,” reads the show’s description.

Signorelli said “Little Demon” is the fulfillment of what happens when morals and ethics slowly erode and decay, sending culture on a slippery slope that tragically yields such a strange moment.

“What happens is, things incrementally change year over year to where you can accept what you would have never accepted in a previous generation,” he said. “As a Christian, I believe that the enemy is after our children. We wrestle not against flesh and blood but principalities powers and rulers in high places.”

Considering the purported paganistic themes in “Little Demon,” one of the quotes about the series that is circulating comes from actress Aubrey Plaza, who plays Laura.

“I love that we are normalizing paganism,” Plaza said while speaking about the show during an event this summer. “Laura is a pagan. She’s a witch. She’s jacked.”

Lucifer and his minions are determined that America blocks the blueprint for the regime that will thwart Heaven’s prophetic Blueprint for mankind. So the assaults intensify. Demonic forces seem to be concentrating on demolishing the moral center of America, and seem to be successful to this point.

I remember placing the transcript of a warning issued by one of the nation’s top broadcast conscience-stimulating voices in my very first book –Storming Toward Armageddon—30 years or more ago. I will leave you with this once again. Paul Harvey’s prescience in delivering this stunning message and I believe delivering it for us at this moment, must have been Heaven-Directed.

PAUL HARVEY’S ‘IF I WERE THE DEVIL’ TRANSCRIPT

If I were the devil … If I were the Prince of Darkness, I’d want to engulf the whole world in darkness. And I’d have a third of its real estate, and four-fifths of its population, but I wouldn’t be happy until I had seized the ripest apple on the tree — Thee.  So I’d set about however necessary to take over the United States. I’d subvert the churches first — I’d begin with a campaign of whispers. With the wisdom of a serpent, I would whisper to you as I whispered to Eve: ‘Do as you please.’

“To the young, I would whisper that ‘The Bible is a myth.’ I would convince them that man created God instead of the other way around. I would confide that what’s bad is good, and what’s good is ‘square.’ And the old, I would teach to pray, after me, ‘Our Father, which art in Washington…’

“And then I’d get organized. I’d educate authors in how to make lurid literature exciting, so that anything else would appear dull and uninteresting. I’d threaten TV with dirtier movies and vice versa. I’d pedal narcotics to whom I could. I’d sell alcohol to ladies and gentlemen of distinction. I’d tranquilize the rest with pills.

“Within a decade, I’d have prisons overflowing, I’d have judges promoting pornography — soon I could evict God from the courthouse, then from the schoolhouse, and then from the houses of Congress. And in His own churches, I would substitute psychology for religion, and deify science. I would lure priests and pastors into misusing boys and girls, and church money. If I were the devil I’d make the symbols of Easter an egg and the symbol of Christmas a bottle.

“If I were the devil I’d take from those who have, and give to those who want until I had killed the incentive of the ambitious.

And what do you bet I could get whole states to promote gambling as the way to get rich? I would caution against extremes and hard work in Patriotism, in moral conduct. I would convince the young that marriage is old-fashioned, that swinging is more fun, that what you see on the TV is the way to be. And thus, I could undress you in public, and I could lure you into bed with diseases for which there is no cure. In other words, if I were the devil I’d just keep right on doing what he’s doing.