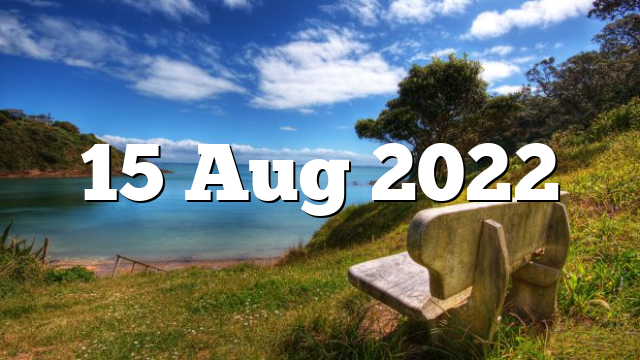 I remember once visiting an antique shop near Jaffa Gate in Jerusalem’s Old City. At the time, if I’d had a lot of money, I would have bought a slab of stone bearing the inscription of the 10th Roman Legion, the infamous fighting force that destroyed Jerusalem and murdered thousands of Jews in AD 70. The white stone was chiseled with that “Roman” font, a stark reminder of one of history’s darkest days—the destruction of the Temple.

(In one sense though, we can look at that day as a remarkable, detailed fulfilled prophecy given by Jesus and recorded in Matthew 24; the Lord predicted the destruction of the Temple, at that time an unthinkable occurrence.)

After the Six Day War in 1967, Israeli archaeologists began removing dirt and debris that had accumulated around the Temple Mount, much of it dumped there by the Jordanians. Today, a gleaming archaeological park is there and the walls have been almost fully exposed. One of the most amazing things I’ve ever seen is the pile of gigantic stones lying at the bottom of the Western Wall; they were pushed over the side by Roman soldiers, almost possessed by a demonic energy as they destroyed the Temple in a frenzied effort of fire and blood.

We know what happened due to a few historical accounts, the most important being that of Josephus, a Jewish historian that had been captured by the Romans and taken to Rome. Upon his return, he was camped with the legionnaires as they laid siege to the city.

Four years before, the Jews had revolted against Rome, wanting to throw off the oppression and rule. Nero was the emperor and Vespasian the general that commanded the troops in Judea. Nero would die and Vespasian would go back to Rome as emperor. It was in this era that the famous Masada siege also took place; Jewish scribes just down the road were setting to writing what would become known as the Dead Sea Scrolls.

Titus would eventually replace his father, Vespasian, as commander of the forces in Judea; they would spend five months laying siege to the fabled city.

All this to say…archaeologists have now uncovered proof of the Roman siege of Jerusalem, and it’s a fascinating story. From a Jerusalem Post report:

“Over the course of many years, archaeological excavations were able to uncover a significant number of Roman military equipment in the city. Many of these were found by Arbiv and fellow researcher Dr. Rina Avner in the Russian Compound near the Jerusalem Municipality.

“So far, the excavated equipment consists of anything from ballista stones, sling stones, spears, arrowheads, swords and catapults.”

I’ve seen various Roman and Babylonian ballista stones, arrowheads, etc., in various parts of the city. But these latest discoveries show a widespread and well-coordinated attack. As the Romans squeezed the city’s inhabitants even more, starvation and suicide took place on a wide scale.

These large, ballista stones were launched from a platform that also employed springs that would send the heavy stones over great distances, at great speed.

These stones were used with brutal effectiveness:

“This lines up with the Siege of Jerusalem, with the ballista stones found being of varying weight and size, able to be launched in an effort to break through the walls or to hit people and prevent the defenders from trying to come out from cover to strike back.”

The story of this siege is fascinating:

“Much of the battle itself was described by the famed Jewish historian Josephus in his landmark work The History of the Jewish War against the Romans.

“With this information, Arbiv was able to match it up with his own findings. These were gained through the locations of where the ballistae stones were found and, from there, he calculated where they must have been fired from.

“This complex series of calculations had to factor in everything from the location of the city walls, the angles used to launch each stone and what their ranges were and the local topography.

“From here, Arbiv helped discover two things: Where much of the Roman artillery was located, and where the Romans probably managed to breach the city.”

It seems the artillery was in what is now the center of modern Jerusalem, to the west of the Old City. And the Romans breached the walls in the area of today’s Russian Compound.

Still to be discovered are the towers and siege rams that were also used.

We wait with great anticipation for these and other discoveries!