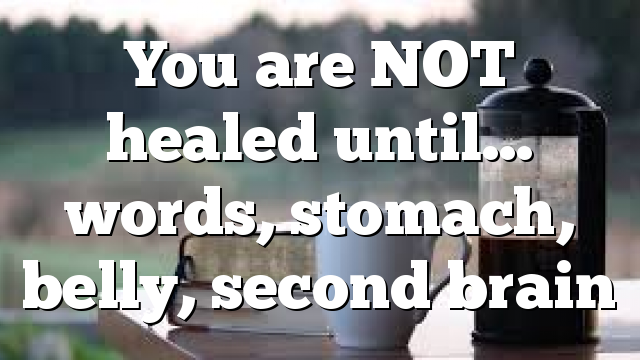 When toxic emotions are resolved, spontaneous healing follows! Drs. Dennis and Jennifer Clark teach you how to be healed of emotional baggage by yielding to JESUS in your heart. It will transform YOU! Get your copy of Breaking Soul Ties & Healing from Toxic Relationships: http://bit.ly/2XSLfBo Drs. Dennis & Jennifer Clark mentor you in freedom and deliverance. They also equip you in hearing and praying from your spirit. Drs. Dennis and Jennifer Clark say you CAN break unhealthy soul ties in your life! God wants you free from toxic emotions that sabotage His blessings and purposes!

60 Days to Complete Freedom and Peace
By Drs. Dennis and Jennifer Clark

Twenty years ago, my mentor—a Christian counselor, Bible school president, and psychologist—privately told my new husband, Dennis, that she had believed I was too emotionally damaged to be of much use to God. I’m glad she never told me that because I’d have been devastated!

I urge you to get The 60 Day Challenge & Flowing in the River of God’s Will (Book, Journal/Devotional & 3-CD Set).
In spite of a dramatic conversion experience, old emotional baggage held me back at every step. People and circumstances continually triggered insecurities, fears, and long-suppressed pain. After a few years, I became a Christian counselor because it grieved me to see so many wounded believers like myself in the church. I learned to “cope” with my feelings better. However, coping isn’t healing—it’s flesh.

Most of the time I managed to present an appearance of professional confidence and decorum, but beneath the surface I experienced hidden torment. Despite all my training, I was trapped in my past—bound by hidden hurts, wounds, fears, anger and shame. I also had difficulty receiving guidance from the Lord because my inner turmoil prevented me from hearing Him clearly.

The next time my former mentor saw me, however, I had been married to Dennis for two months. She exclaimed, “What happened to you? You’re completely transformed!”

And I was. The issues that had plagued me were gone! Removing the baggage of my past resulted in a total life makeover. All things have become new (2 Cor. 5:17).

A Transformed Life
Let me tell you the story. We were two strangers from different parts of the country—a pastor named Dennis and me, a Christian counselor—attending a conference in Jacksonville, Florida. I had been to plenty of conferences before, but none of them changed my life quite like this one.

During one session, a young woman suddenly had an emotional meltdown. Completely freaking out, she collapsed onto the floor, weeping. Nobody helped her. Instead, everyone simply froze in their tracks, staring in shock as the tormented young woman writhed on the carpet.

I thought to myself, “That’s five or ten years of counseling right there on the floor!” Based on my experience, I had little hope for her.

After a brief moment of hesitation, a pastor came over and calmly knelt beside her. Step-by-step, he began to coach her, and her emotional pain was quickly and easily transformed into deep peace. It was an amazing scene.

In less than ten minutes, the woman was up on her feet, smiling and calm, testifying that her emotional pain was gone. I’d never seen anything like this. This pastor’s approach amazed me. It not only brought relief, but it was fast. I thought, “This is huge!” In a flash, I saw what such rapid and thorough emotional healing could mean to a world full of hurting people.

My life has never been the same since that day when I saw a young woman’s life transformed in mere moments. That’s also the day I met Dennis—the pastor, who is now my husband—and he started teaching me about this revolutionary new-to-me approach of going directly to Messiah Jesus in our own heart to meet every need: Messiah in you, the hope of glory (Col. 1:27).

How was I healed? My husband, Dennis, taught me a new way to pray and coached me in it for the first two months of our marriage as the Lord healed my heart. All people, including believers, deal with toxic emotions that can sabotage marriages, cause sickness, stop us from hearing God or tragically, keep us from fulfilling our destiny. You can get rid of a lifetime of toxic emotions supernaturally as I did. Removing toxic emotions also resulted in spontaneous physical healings. According to the Centers for Disease Control and Prevention, 90 percent of physical ailments are emotionally based.

It was simple and easy. I yielded to Jesus in my own heart and He did the work. The end result was so dramatic I could hardly remember the wounded and defeated woman I had once been.

Everyone Can Learn
Believers from three to 103 can learn how to do this for themselves as well as help others. I wrote down what Dennis taught me and now it has become our quest to get the how-to’s out to as many people as possible.

We have equipped thousands of believers around the world and our online school is currently reaching 35 nations. Many have developed ministries within their own churches or started house churches and groups. We have also trained many pastors who have made their own lives easier by teaching members of their congregation how to go directly to Jesus within for healing and deliverance.

Forgiveness is Not a Process, It’s Instant
Stored toxic emotions and resultant behavior patterns are destiny destroyers that prevent us from receiving the promises of God…until we learn how to remove the barriers.

Forgiveness is the key for removing negative emotions. When we forgive properly , toxic emotions are instantly washed out and replaced by supernatural peace. However, most believers think it’s a long process. The problem is that they are trying to forgive with their head instead of their heart. Christianity is a matter of the heart. Believers know intuitively that salvation takes place in the heart! We must believe in our heart to be saved (see Rom. 10:9). We must also forgive from our heart (see Matt. 18:35). “From the heart” is the secret. Our inner reality is determined by what is in our heart, not by the words we say or our mental analysis. What happens in our heart is what counts!

When you learn to function from your heart, all the promises of God are activated!

You Have Two Brains
Researchers have discovered that we have not one but two brains—a thinking brain in our head and an emotional brain in our gut*. In early embryonic development a band of neural tissue divides and forms two separate and independent nervous systems—the central nervous system (CNS) and the recently discovered enteric nervous system (ENS) comprised of nerve cells that line the esophagus, stomach, intestines, and bowel**. The thinking brain doesn’t relay information to the gut, however. The brain in our gut tells the brain in our head how we feel! Have you ever heard bad news and felt “sick” in your gut? Had a gut hunch? Listened to your heart instead of your head? Now you know why. Our emotional heart is centered in the gut.

Interestingly enough, science is finally catching up to the Bible because words such as “belly” in the original Hebrew and Greek are often translated “heart” in English. The spirit of man is the candle of the LORD, searching all the inward parts of the belly (Prov. 20:27 KJV). And, in the New Testament, Jesus says, He that believeth on me, as the scripture hath said, out of his belly shall flow rivers of living water (John 7:38 KJV) implying that our spiritual life is also centered in the gut.

Spending 60 days forgiving from the heart as the Lord leads will change your life forever!

What is the “day of the LORD again?