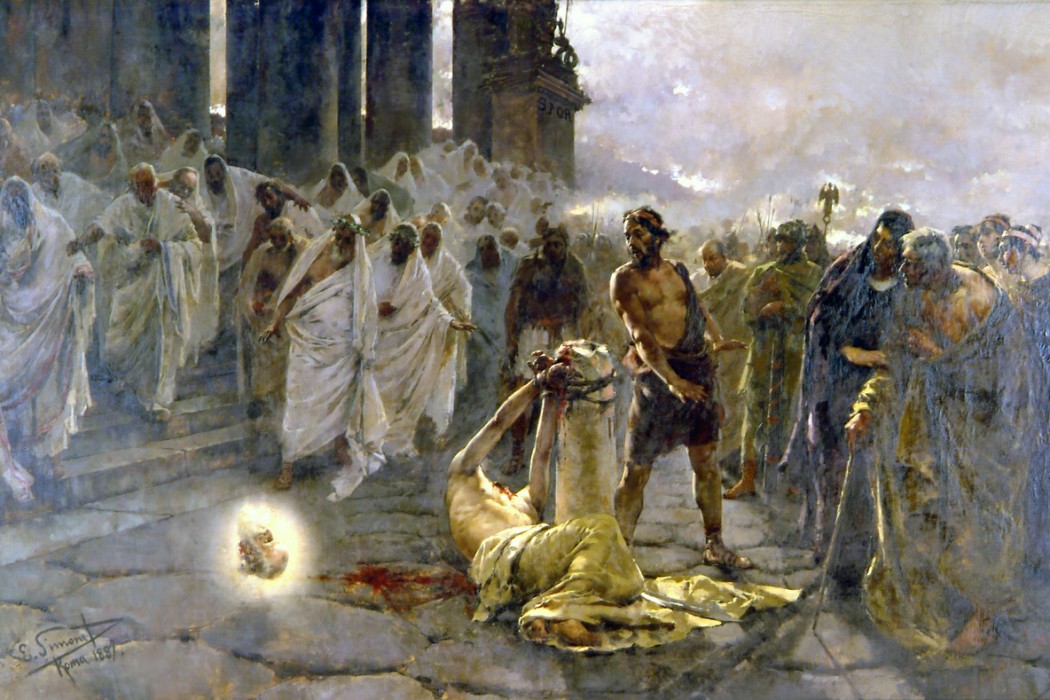 WHAT was Paul’s THORN in the FLESH?

John Kissinger [12/04/2015 3:37 PM]
The identity of that thorn in the flesh has been much debated. Paul did not describe it in detail, indicating that the Corinthians knew what it was. Most commentators assume it was a physical ailment, such as migraines, ophthalmia, malaria, epilepsy, gallstones, gout, rheumatism, an intestinal disorder, or even a speech impediment. That such a wide range of possibilities has been put forth indicates a lack of specific support in Scripture for any of them. (Even if Paul’s words in Gal. 6:11, “See with what large letters I am writing to you with my own hand,” indicate an eye problem, there is nothing in that verse that connects it with the apostle’s thorn in the flesh.) Skolops (thorn) could be better translated “stake,” graphically indicating the intensity of the suffering it caused Paul; it was not a small thorn but a large stake.

Glynn Brown [12/04/2015 7:18 PM]
Some have offered the suggestion that it could have been the many marks left on his body by the beatings he received.

John Kissinger [12/04/2015 8:44 PM]
MacArthur: It is best to understand Paul’s thorn as a demonic messenger of Satan sent to torment him http://www.gty.org/resources/bible-qna/BQ052013/what-was-pauls-thorn-in-the-flesh

John Kissinger [12/04/2015 8:46 PM]
Viola: Paul’s thorn appears to be a man (inspired by Satan) who was obsessed with discrediting Paul and his ministry. This man followed Paul wherever he traveled, beginning in South Galatia (Acts 14ff.). He sought to undermine Paul’s work. http://frankviola.org/2012/04/24/paulsthornintheflesh/

John Kissinger [12/04/2015 8:50 PM]
Albert Barnes’ Notes on the Bible elaborates: “It would seem … there was a party which was jealous of the influence of Paul, and which supposed that this was a good opportunity to diminish his influence, and to strengthen their own cause…”

John Kissinger [12/04/2015 8:50 PM]
The commentary of Jamieson, Fausset and Brown agrees, stating: “Some indeed [were] preaching Christ even for envy, that is, to carry out the envy which they felt towards Paul … they wished through envy to transfer the credit of its progress from him to themselves.” Does the above sound familiar?

John Kissinger [12/05/2015 6:05 AM]
The commentary of Jamieson, Fausset and Brown agrees, stating: “Some indeed [were] preaching Christ even for envy, that is, to carry out the envy which they felt towards Paul … they wished through envy to transfer the credit of its progress from him to themselves.” Does the above sound familiar?

John Kissinger [12/05/2015 7:55 AM]
well, a TORMENTING THORN in FLESH – a messenger from Satan is not exactly a self explanatory terminology (except if you are a DAKE reader Ricky Grimsley Charles Page John Conger )

John Ruffle [12/05/2015 8:00 AM]
Depends on if you are willing to place faith in the text and proclaim it as it is. I’ve preached it the way I just said it and it cuts right through a lot of needless doctrinal bickering. Does it really matter? He had a messenger from the evil one. Period.

John Conger [12/05/2015 8:04 AM]
No way to know. All speculation is just speculation. Think the most common belief is bad eye sight since his comment about his eyes but many believe it was a person.

John Ruffle [12/05/2015 8:09 AM]
It matters to whom? If anyone wished to shut themselves in a holy mountain for 50 years they’ll probably get St Paul telling them directly. But even then, what’s the point?

John Kissinger [12/05/2015 8:12 AM]
Ricky Grimsley now you are contextualizing the text to your personal experience; thou we all know how such can hinder one’s research Rick Wadholm Jr

OUR PRAYER LIFE IS COMMUNING WITH GOD ~ Ray E Horton

Someone asked “how do you get results in prayer?” My response may be helpful to others: “Brother, you must be hungry for God and…