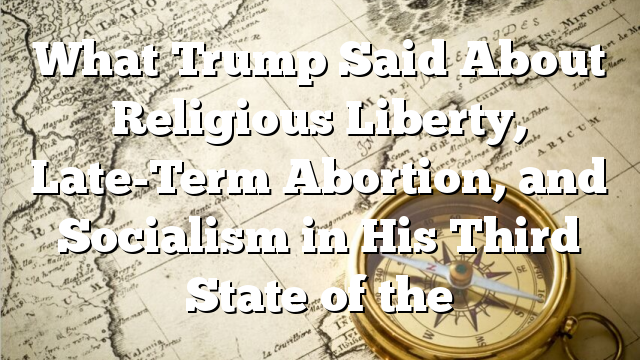 What Trump Said About Religious Liberty, Late-Term Abortion, and Socialism in His Third State of the Union

FacebookTwitterSubscribe
Subscribe to receive all news to your email or phone: [wysija_form id="1"]
broadcastcbnchristiannewsonline

John Hagee: The Storm of Self-Confidence & Matt Hagee: Are You Starving to Death?