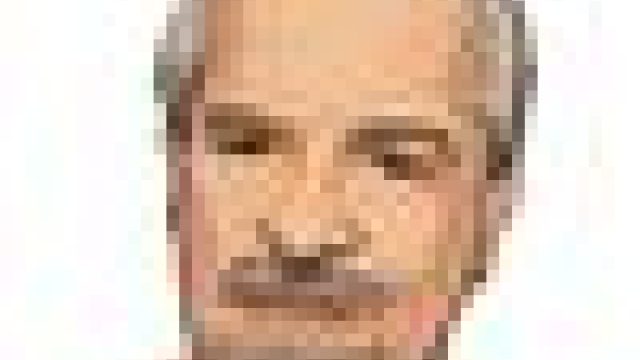 What comes from the Spirit the utterance or the language. “…they spoke in tongues as the Holy Spirit gave the utterance.”

Some people say we don’t need anything from the nose up when we speak in tongues. The Holy Spirit takes over and he speaks. They say there is no brain activity involved!

Is this what Pentecostals believe?

I take that as being the Spirit gave them the words to speak, just as God gave OT prophets the words to proclaim. The speakers still had to open their mouths. I don’t read it as the Spirit taking the people over like ventriloquist’s dummies and making sounds come out of their mouths without the words first being formed in their brains.

Charles Page [01/12/2016 3:11 PM]
if you are following this conversational thread then by all means WATCH THE WHOLE VIDEO!

I agree with the pastor in the interview and he speaks in tongues on demand!

There are two flows of dialogue. There is the pastor’s dialogue and there is the dialogue of what the producers hear what Pentecostals say.

Charles Page [01/12/2016 3:23 PM]
medical science proves there is an outside force producing a language apart from the “learned” response that is normally given in speech.

John Kissinger [01/12/2016 3:24 PM]
Thus we need the INITIAL EVIDENCE – the initial evidence CANNOT be a learned response. But go tell it to the wanna-be Pentecostals

John Kissinger [01/12/2016 3:49 PM]
So lets say Charles Page is right and tongues COULD be in fact imitated i.e. everyone seen it from someone before them. Charles saw it in his church, his church from Azusa, Azusa from Irwing, etc. all the way to the apostles who saw it from Jesus. Even this scientifically proves TONGUES come directly FROM GOD… 🙂

John Kissinger [01/12/2016 4:15 PM]
so to answer earlier question they drop dye in the brain and hook it up to a SPECT scanner to monitor activity

Charles Page [01/12/2016 4:28 PM]
If you were being tested would you be able to lay on a table with injection of dye to your brain and speak on demand or would you have to be injected and have some dancing room to work up to speaking in tongues?

John Kissinger [01/12/2016 4:29 PM]
A Methodist pastor did it. Afterward, I ask McDermott if any of this challenges his beliefs. Not at all, he says. “I think we’re wired for the supernatural,” he says. “I think we’re meant to sense a world beyond our five senses. Come on! Taste and see that God really is good.” http://www.npr.org/templates/story/story.php?storyId=104310443

Charles Page [01/12/2016 4:37 PM]
I would expect a Buddhist and a Methodist to deny original sin and say we are wired for the supernatural.

John Kissinger [01/12/2016 4:38 PM]
Well they also found out that atheists showed different results during prayer. While observing atheists meditating or “contemplating God,” Dr. Newberg did not observe any of the brain activity in the frontal lobe that he observed in religious people. The image below compares brain activity at rest and while the subject is in deep meditation. http://www.huffingtonpost.com/2012/10/18/how-does-prayer-meditation-affect-brain-activity_n_1974621.html

David Lewayne Porter [01/13/2016 7:51 AM]
I personally believe from the examination of this thread that the body of Christ (the church) is not connected closely enough to it’s head (Jesus). If we were, most of this would be of no concern or an issue.

It is possible that the gift and evidence is being sought more than the relationship (KJV word servant verses the original closer meaning of bond slave).
If we seek His will, His glory, and Him we will never be wrong. Because (1 Corinthians 12:3
Wherefore I give you to understand, that no man speaking by the Spirit of God calleth Jesus accursed: and that no man can say that Jesus is the Lord, but by the Holy Ghost).

The issue is, is it the True and Genuine Spirit of God?

Derrick Harmon [01/13/2016 9:30 AM]
Now isn’t that silly? In him we live and move and have our being . . . so wouldnt’ it stand to reason that the utterance and the language and everything else comes from him?

David Lewayne Porter [01/13/2016 10:43 AM]
Derrick Harmon
Simple answer to your question
NO….
I guess you have never cast out a devil as “it” was “speaking in other tongues”.
Everything (I did repeat) everything that speaks in “tongues” is not from (our) God.

Why does The Bible (your Bible) says to [[try]] the [[spirits]]. 1 John 4:1 Beloved, believe not every spirit, but try the spirits whether they are of God: because many false prophets are gone out into the world.

Notice it is a continuation of chapter 3 which has the thought of discerning the spirit within us and others and a lot of it comes from their actions. (Now many false prophets, ,,, are not the prophets supplied by/through the same Spirit as all other gifts, offices, and the initial evidence? The verses following (no one speaking by The Spirit calleth Jesus accursed) 1 Corinthians 12:4 Now there are diversities of gifts, but the same Spirit.
5 And there are differences of administrations, but the same Lord.
6 And there are diversities of operations, but it is the same God which worketh all in all.
7 But the manifestation of the Spirit is given to every man to profit withal.

As written, your statement reads like something John MacArthur would write, that any and all tongues activity does not come from God, but rather the demonic.

Mark Gonzales [01/13/2016 7:51 PM]
You do the talking and the spirit gives you the utterance. I says and they spoke in tongues. One thing I know we have a free will. The spirit gives you the language. when you speak in tongues its the overflow of the infilling of the holyghost. You get submerge as a water baptism , but this is a spiritual Water, living water

What is Pentecostal Theology?

What is Pentecostal Theology? Now that there are millions of pentecostals worldwide and who serve the Lord under many different political systems as well…