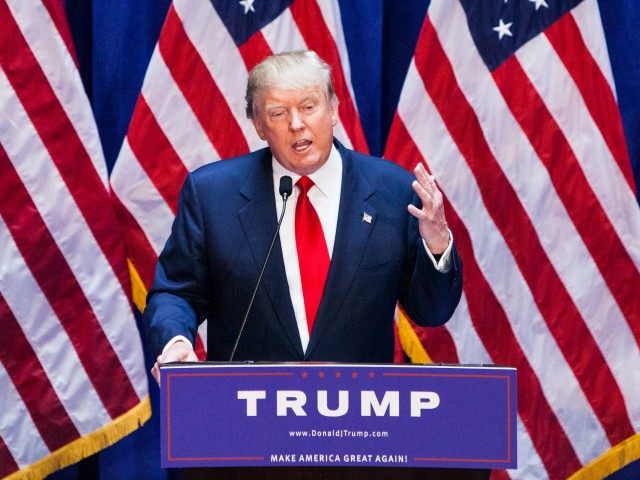 WHAT I THINK ABOUT TRUMP I know I’m going to upset some people’s Apple carts, but this is the way I feel about Donald Trump!!! Maybe I’m being a little bit plain, but it’s time we had some plain talking to Christians who are willing to sell their souls for political feel good moment!!! Trump is a sleazy, immoral, anti- Christian, humanistic pagan!!! He even bragged that he does not need to repent to GOD, because he is such a wonderful person! Why are so many taken in by him??? He isnt even a wolf in sheep’s clothing, but a wolf in wolf’s clothing! Just remember until recently he was kissy face with the Clintons and he voted for Barack Obama two times in a row!!!! By hook or crook he’d lie or buy the presidency!!! He is a disaster waiting to happen, he would destroy this country. With his hard head strong arm tactics he might even start a world war III. He believes in using eminent domain to devour widows houses so he can profit. He destroys people in his casinos!!! And stripper clubs!!! He sees nothing wrong with declaring bankruptcy to defraud the creditors that he owes so that he can become a multi-billionaire. That’s before talking about his braggadocious attitude towards sleeping with other men’s wives!!! Trump is a bad man, and evil man, a wicked man, a deceitful man, he is the kind of man the Bible warns against!!! I’m not saying he is “the antichrist”, but he could write a new book on how to be one!!! If he ever read the book of Revelation he would probably think the Antichrist was the hero, and that the antichrist would be a good guy to do business with!!! I wonder if Jim Jones was a Republican or a Democrat!!! It’s time we stop drinking The Devil’s purple Kool Aid and serve GOD like the Apostles taught us to!!! I just can’t see Peter or Paul or any of the others voting for an infidel like the narcissistic bombastic devilish man that Trump is!!! He doesn’t even hide his devilish ways, he brags about them!!! If I was on a ball team that had to lie, steal, and cheat to win, I’d quit playing ball!!! And this is a whole lot more important than a stupid ball game!!!

Stan Wayne [01/28/2016 4:32 PM]
“And the lord commended the unjust steward, because he had done wisely: for the children of this world are in their generation wiser than the children of light.” Luke 16:8 KJV

He is not running for pastor but commander in chief. It wasn’t until Lincoln got Grant (a profane man) that the mess of the Civil War was won – meanwhile Stonewall Jackson and Robert E Lee were brethren in Christ!

Do you really think ALL politicians don’t lie and deceive? Of course they do!

If you take the attitude above you might as well quit voting.

We aren’t in a theocracy. We aren’t electing a pope, preacher, pastor or minister . We are electing a President and a Commander in Chief with a clear agenda and the leadership to move that agenda forward.

I actually can see Peter and Paul voting for Trump because they knew the value of praying for unredeemed political leaders.

“First of all, then, I urge that supplications, prayers, intercessions, and thanksgivings be made for all people, for kings and all who are in high positions, that we may lead a peaceful and quiet life, godly and dignified in every way.” 1 Timothy 2:1-2 ESV http://bible.com/59/1ti.2.1-2.esv

Those who Paul was saying to pray for in positions of civil leadership were heathens and pagans. He said even they can be used of God to bring peace and dignity to daily life.

Jacque Polk Hindman [01/28/2016 5:08 PM]
Can I ask what you will do if he IS the choice? Are you saying you would rather see Hilary or Bernie? NOT a Trump supporter….BUT, I am having issue with people who bash a candidate one month and a few months later are trying to get him elected.

Mary Dinnan [01/28/2016 5:21 PM]
I am not a Trump follower and would not vote for him as far as I have listened to him, he hates women, ugly fat women, Rosie and is a COWARD for not being on the debate tonight. He let a pretty white woman stop him from telling us how wonderful he is????

John Kissinger [01/28/2016 5:25 PM]
Turmps NOT appearing is a very smart move on his part. No presidential candidate has dared go down that path. By doing it Trump is doing EXACTLY what the people would want him do – disregard any political or TV networks intriguing and come out on the other side stronger and swinging. A very risky but in his position a very smart tactical move in the time of debate when the hard questions are asked. He will not have to answer them and will come with higher ratings. Trump is not my favorite either but lets not resource into name calling in this CHRISTIAN group. David M. Hinsen Jon Sellers

David George [01/28/2016 5:25 PM]
Christian or not.. common sense tells you by the actions of this man he is not right in the head. The bible says that “Out of the abundance the heart the mouth speaks”

John Kissinger [01/28/2016 5:26 PM]
David George you’ve got to be a little not right in the head to begin with in order to get in politics Stan Wayne Terry Wiles Alan N Carla Smith

John Kissinger [01/28/2016 5:31 PM]
Obama is done and old news. Trump knows after what he did to Megan, FOX news will destroy him at a debate. So he gets them where it hurts – MONEY – and he knows it. Much lesser number of people will even watch the debate without Trump and Fox will have hurt ratings tomorrow. While Trump will be in triumph all over all other media channels that will gladly have him to take Fox ratings. A very, very smart business move. Link Hudson has PhD in some sort of economics and even he will have to admit Trump is making a great financial move tonight. Never mind the people loving him for doing it

John Kissinger [01/28/2016 5:51 PM]
Vlad that’s what Fox news said to smoke him out but it aint happening. This is a very good move for him. I will not be surprised if NOT appearing puts him at 50% ratings in about a week or so. But he will not win the elections at the end. Washington is structured for Hillary and they will have it no other way… [BTW little girl is a form of name calling] Roger

Vlad Stepanov [01/28/2016 5:55 PM]
Maybe so, but if his emotions aren’t unstable, I’m afraid he may do something stupid before thinking, as president.

Tom Steele [01/28/2016 6:38 PM]
I think in many ways Christians, at least genuine ones, see Trump as the possible lesser of two evils. It seems that standing next to Hillary, Trump seems to stand out to most as the better choice, not as though that is really saying much.

John Kissinger [01/28/2016 6:45 PM]
Question to all our Christian friends JUST joining us in the #TRUMP discussion which has been going on for months in this group – WHAT do you think about the prophet Jeremiah Johnson’s [pastor of Behold the Man Ministries] favorable prophecy over Trump and his political career? Has GOD not truly spoken… http://www.pentecostaltheology.com/did-this-pastors-hear-from-god-about-trump/

Rebecca Nelson-Innocent [01/28/2016 9:10 PM]
Donald Trump is the most un-Christian, sickening, hateful, racist, uncompassionate…oh my gosh…I could go on all night. Christians who support this man…well, lets just say that I question your faith. I may even call you a hypocrite! We are NOT to hate our brothers without cause! Feed those who are hungry, clothe those who have no coat! Hello! This man rubs me so raw! I am trying so hard, but I can’t even get my thoughts out properly! Lesser of two evils? You’re joking right? Dear Lord help us if this man gets elected! “Christian” voters tying their own nooses!

Are YOU Delivered from Doubting Thomas during COVID-10 Pandemic