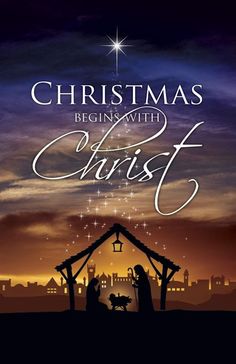 Dating as far back as Origen (early church father, 3rd century AD), tradition pointed to Migdal Eder as the birth place of the Savior. Constantine and Justinian, Roman emperors, built monuments on the spot where Migdal Eder was supposed to be – Justinian’s Basilica of the Nativity still stands today.

Jewish scholars (opinions based on Micah 4:8, other Scriptures, and oral tradition) considered Migdal Eder the place where the Messiah would be born.

(Just a quick aside in case you look up Micah 4:8. The verse uses the phrase “watchtower of the flock”; that is the translation of Migdal Eder. I won’t take the time to dissect this passage, but it’s definitely a reference to the coming of the Messiah.)

Mary and Joseph couldn’t get a room in the inn, but she was about to give birth. Where would be the best place to go? Where they knew other births were happening – albeit sheep. There were practical reasons for going there, but the simple truth is THAT is where God wanted His Son to be born. Why?

Because the flock of Bethlehem, only a few miles from Jerusalem, were the sheep used for proper sacrifices at the Temple in Jerusalem. Those sheep born at Migdal Eder were destined to be slaughtered one day as part of the divine instructions for temple worship! They were born to die as sacrifices!

So there’s Mary giving birth to the Son of God, born as the one sacrifice for sins forever (Hebrews 10:12); chances were there were a dozen or so pregnant ewes also ready to give birth. And what did Joseph do? He took the new-born Child and wrapped Him in swaddling clothes, the same clothes used to wrap those all-important new-born lambs. He laid Him in the manger.

The manger may have been a ‘feeding trough’ like we have always pictured it, but only full-term pregnant sheep would have been there. This wasn’t a barn to hold a bunch of animals, and the overwhelming majority of the flock of sheep would have been outside because the sheep in Bethlehem were kept outside 24 hours a day all year long. So Mary didn’t have to step over the donkey dung and sidestep the cows to give birth to the Son of God!

Also, the Greek word used for ‘manger’ in Luke 2 can be translated ‘stall’ (Luke13:15), ‘stable’ or even ‘crib’ – yes, a crib. In other words, Jesus may not necessarily have been placed in a feeding trough, but just laid down to sleep in the stall beside the other new-born lambs. Mary gave birth to a Lamb – THE Lamb – just like those pregnant ewes were doing. It was a clean place, a place designed to provide comfort and safety for these most-important lambs in all of Israel.

Shepherds were the lowest of Jewish society. They were not trusted – their testimony not usually permitted in court. If anything was ever stolen, there was an assumption that a shepherd did it. They were like modern-day gypsies, travelling to and fro – for obvious reasons.

They were always ceremonially unclean – handling dead animals, assisting in the birth of new ones, dealing with all manner of issues in the wilderness that would cause them to become and remain unclean. Because of the nature of their job, they would not be able to take the time to become clean.

Many suggest that God offered to them the first news of the Messiah’s birth because of society’s poor treatment of them.

But these shepherds were different.

Ever wonder how they knew where to go find the Babe? (Every time I’ve asked this in a Bible study, someone answers: “the star”. Not so, the Magi were following the star – not the shepherds.) They would have had to spend all night searching behind every inn in Bethlehem, looking for Mary, Joseph, and Jesus. But they knew where to go, because they knew the prophecies of Scripture and the traditions of the Jewish scribes.

These shepherds were specially trained shepherds who took their jobs seriously. They were in charge of the flock in Bethlehem that supplied the Temple sacrifices. They knew the Law; they understood how important it was for the sacrificial lambs to be spotless and perfect. They would have protected those animals and would have especially made sure that the new-borns were taken care of. When the angels came and told them of the Messiah’s birth, they didn’t have to tell them where to go look, because they already knew where to look – at Migdal Eder!

God is specific. He wouldn’t waste this opportunity to just let His Son be born in any old barn. The symbolism is so obvious and so strong. THE Lamb of God, the One who would be sacrificed for our sin, was born where THE ACTUAL lambs were born who were sacrificed for the sins of the Jews at the Jerusalem Temple as prescribed by God’s Law.

I’m not suggesting we throw away our nativity scenes. But I am concerned that our traditional view of the Savior’s birth in Bethlehem has robbed us of the tremendous spiritual truth of God’s foreshadowing His Son’s death by orchestrating His birth at Migdal Eder, the ‘tower of the flock’ at Bethlehem.