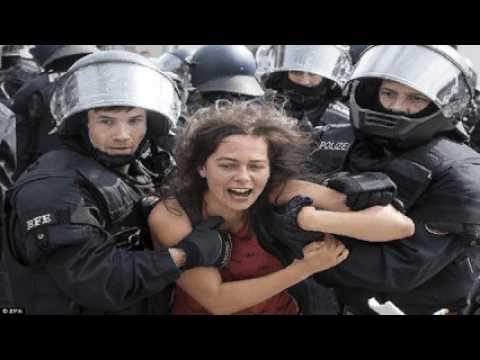 Mainly in G20’s view of world finances:
More and more information has been leaking out this week, regarding the recent G20 meeting. It is amazing how significant these meetings are, and the impact they can have on our lives, yet go barely noticed as people go about their daily lives.

Biblical prophecy informs us that during the Tribulation, there will be a global financial system (Rev 13), as led by one individual (the False Prophet) and this financial system will include the mandatory “Mark of the Beast” – a visible indicator that the individual has sworn allegiance to the Antichrist. This “Mark” will be required, in order for the individual to be able to buy or sell. Ultimately, this figure known as the Antichrist will control the world’s government, along with his “Ten Kings”.

Because of these scriptures, prophecy watchers have been watching developments which indicate that the world is headed to a “Global Financial System” and/or a “Global Governance”. Interestingly, both terms have been commonly used, ever since the financial “crisis” which began in fall of 2008.

According to the UK Telegraph, under the title “The G20 moves the world a step closer to a global currency”, one finds several interesting quotes (article here):

“The world is a step closer to a global currency, backed by a global central bank, running monetary policy for all humanity.”

“In effect, the G20 leaders have activated the IMF’s (International Monetary Fund) power to create money and begin global “quantitative easing”. In doing so, they are putting a de facto world currency in play.”

“There is now a world currency in waiting. In time, SDRs are likely to evolve into a parking place for the foreign holdings of central banks, led by the People’s Bank of China.”

Apparently, SDRs, (Special Drawing Rights) is a synthetic paper currency, issued by the IMF. This currency has been dormant for approximately 50 years, but now, with an infusion of money from the G20 group this currency can be activated. It is hard to know exactly how this will evolve into a central currency.

In a recent commentary, political author Dick Morris considers the actions of the G20 in a very negative light. Under the title “The Declaration of Independence has been repealed” (read here), the term “global economic union” is used to describe this new G20 group. Mr Morris has this to say:

“The joint communique essentially announces a global economic union with uniform regulations and bylaws for all nations, including the United States. Henceforth, our SEC, Commodities Trading Commission, Federal Reserve Board and other regulators will have to march to the beat of drums pounded by the Financial Stability Board (FSB), a body of central bankers from each of the G20 states and the European Union.”

“The mandate conferred on the FSB is remarkable for its scope and open-endedness. It is to set a ‘framework of internationally agreed high standards that a global financial system requires'”

What I find interesting is – neither of the above articles were written by “prophecy people”, or written from a perspective of biblical prophecy, yet their descriptions of current events seem prophetic in nature. Watching the world take one more step towards those predictions given in the book of Revelation is surreal.

I don’t believe that we’ll wake up tomorrow and have a single world currency. It appears that there could be an interim phase in which IMFs are accepted in gradually, and over a period of time become a world currency. What we see with the actions of the G20 is another step in that direction. Its a big step however, as the G20 has now stepped into the forefront of global financial policy which will affect “all important financial institutions”.

One last point of interest. Because we know that the tribulation period will last seven years, much of what we are seeing today could have occured during the seven years of tribulation. The fact that we are actually witnessing the evolution of the world’s economy into a single, global financial system is fascinating. Not only that, but the speed with which these changes are coming about is of equal interest.

The world is changing rapidly – more now than I can ever remember. Its hard to imagine that the “gathering up” of the Church, as described in 1 Thessalonians 4:15-17 and 1 Corinthians 15:50-52, isn’t coming soon. Keep looking up – our redemption is drawing near.

FacebookTwitterSubscribe
Subscribe to receive all news to your email or phone: [wysija_form id="1"]
meetingmistakepropheticputinsignificanttrump

Class on SPEAKING IN TONGUES?

i’m suppose to teach a class on SPEAKING IN TONGUES in the near future. Other than scripture, can anyone point me in the direction…