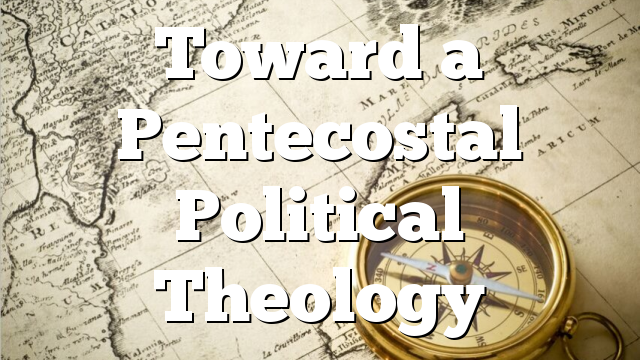 It seems as if it was just a few years ago that Pope John Paul II was
warning the Catholic leadership of Latin America of an “invasion of
sects” within their borders. The pontiff was reacting to the tens of
millions who have left the Catholic Church and the Catholic identity
of their ancestors and converted to evangelical Protestantism since the
1970s. The breadth of this change throughout the region is incredible. A generation ago professing Catholics made up 95–98 percent
of all citizens in Latin America. Today, pentecostalized Protestants, or
better “ evang é licos” as they often call themselves, make up 20–30 percent of the population in a number of Latin American countries. 1
Studies also indicate that the vast majority of new Protestants are pentecostal or charismatic in denomination and/or in practice, making
this a theologically distinct group from the Catholic majority. 2
What has largely been lacking for these evang é licos is a political theology from within the movement to provide a frame of reference for
understanding and engaging political life. This is not simply a lacuna
for Latin American neo-Protestantism; it is a century-old problem for
global pentecostalism, especially across the Americas. This chapter
takes a macro-approach that has global applications. This essay discusses the politicocultural backdrop against which contemporary pentecostals of the Americas need a vibrant theology for engaging political
life. The paper goes on to argue that pentecostals, including their
leaders and academics, need to avoid the sins of hyperexperientialism and novelty seeking and flesh out a political theology rooted in classical Christian notions of order, justice, and conciliation based on the
Pauline-Augustinian tradition.
Theoretical Approaches to Political
Attitudes and Behavior
The motivations for conversion and the multitude of religious and
social ramifications of choice are the subjects of various existing sociological, religious, and anthropological studies. Much of this material
focuses on whether there are shifts in political attitudes and behavior
when one converts; unfortunately, much of this literature neglects a
study of emergent political theologies.
This essay is focused on the vast majority of Latin American
Protestants who are influenced and/or experience charismatic or pentecostal practices. Although there are many “mainline” denominations present in Latin America (e.g., Methodist, Lutheran, Anglican),
the stunning growth and major impact has been from pentecostalized
groups ( evang é licos). Moreover, it is not always possible to disentangle such influences on the ground, such as widespread charismatic
practices in many Latin American Baptist congregations. In any case,
there is a rich social science literature that attempts to look at some of
the defining features of religion and religious change. The important
question is, what happens to the individual after joining one of these
congregations? Numerous studies suggest that Protestants hold values
consistent with democratic norms and are more likely to engage in
political behavior than their Catholic neighbors. These arguments are
based on two social science traditions. The first tradition focuses on
culture and is associated with Max Weber’s Protestant Ethic hypothesis
as well as the civic culture tradition in political science, which argues
that democracy rests on a foundation of democratic values shared by
the populace. 3 Weber argued that Protestantism emphasizes individuality, thrift, and egalitarian social relations that are the foundation for
capitalist economies. Civic culture theorists like Almond and Verba
and Ronald Inglehart extend Weber’s argument by suggesting that
this value system is also responsible for the growth of a democratic
middle class in Northern and Western Europe as well as in the United
States. 4 Recent scholarship on Latin American religion has followed
this trend. For example, Amy Sherman argues that evang é licos develop
values of thrift, individualism, and industry just as Max Weber predicted. 5 Moreover, research today shows that pentecostals often intersect
with democratic values. 6