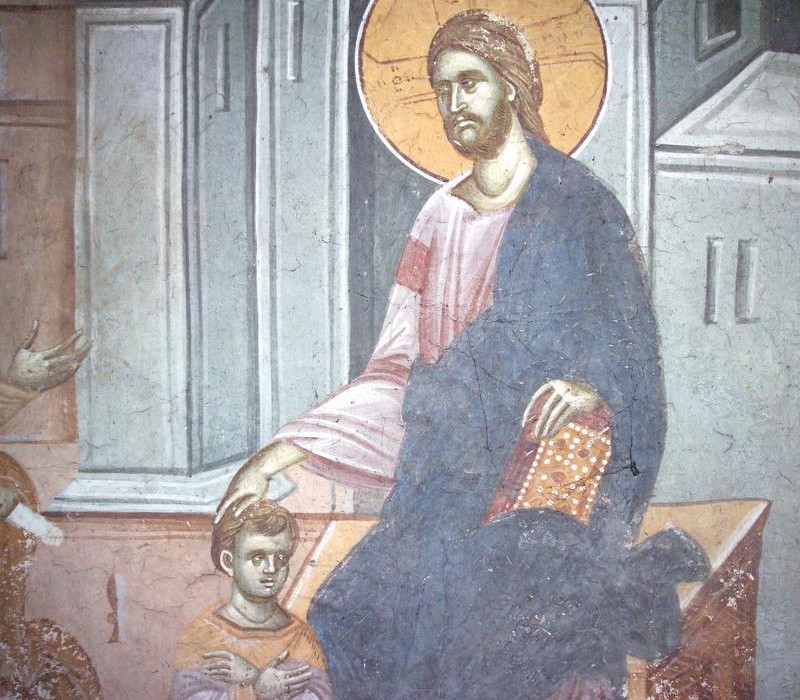 “They abstain from the Eucharist and from prayer, because they do not admit that the Eucharist is the flesh of our Savior Jesus Christ,..” – St. Ignatius of Antioch, “Letter to the Smyrnaeans”, paragraph 6. circa 80-110 A.D.”

Today is the memorial of St. Ignatius, the bishop of Antioch who was martyred in Rome in AD 107. What does St. Ignatius reveal to us about the Church? According to the early fourth century Church historian Eusebius, St. Ignatius was the second bishop of Antioch (from approximately AD 70 to 107) after Evodius, about whom little is known. Evodius, apparently, was ordained by the Apostle Peter, who according to the account in Acts 12, seems to have gone immediately to Antioch after being released from jail by the angel. St. Ignatius is thought to have been an auditor (i.e. hearer) of the Apostle John, who died around AD 100 AD. St. John Chrysostom (c. 347 – 407 AD), who grew up in Antioch, taught that St. Ignatius had been ordained at the hands of Apostles, including St. Peter. According to ancient tradition, St. Ignatius was the child whom Christ had held, as described in Matthew 18:4… John Kissinger [12/19/2015 5:16 AM]
When Trajan, not long since, succeeded to the empire of the Romans, Ignatius, the disciple of John the apostle, a man in all respects of an apostolic character, governed the Church of the Antiochians with great care, having with difficulty escaped the former storms of the many persecutions under Domitian, inasmuch as, like a good pilot, by the helm of prayer and fasting, by the earnestness of his teaching, and by his [constant ] spiritual labour, he resisted the flood that rolled against him, fearing [only] lest he should lose any of those who were deficient in courage, or apt to suffer from their simplicity. Wherefore he rejoiced over the tranquil state of the Church, when the persecution ceased for a little time, but was grieved as to himself, that he had not yet attained to a true love to Christ, nor reached the perfect rank of a disciple. For he inwardly reflected, that the confession which is made by martyrdom, would bring him into a yet more intimate relation to the Lord. http://www.newadvent.org/fathers/0123.htm

FacebookTwitterSubscribe
Subscribe to receive all news to your email or phone: [wysija_form id="1"]
antiochignatiusourcogsttoday