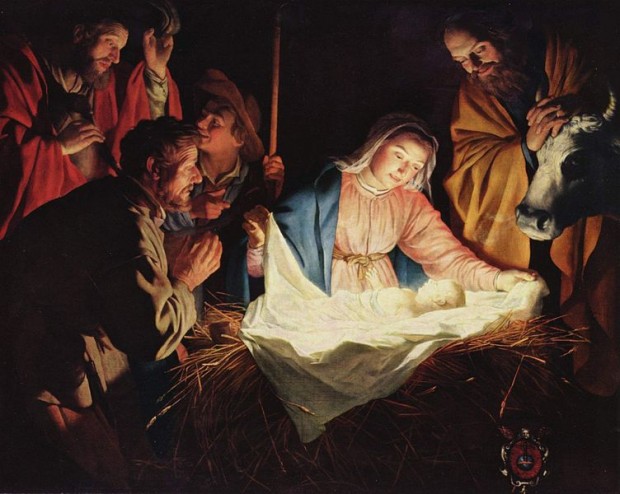 Three Wise Men? Maybe Not Wise Men’s Gifts to Jesus Cause Confusion The Magi: Kings or Astronomers? Did the Wise Men Even Visit Jesus as a Baby?

John Ruffle [12/29/2015 8:59 AM]
Looking at the stars was the only way to physically ponder beyond our own solar system. The Magi could easily have arrived in Bethlehem: it depends upon when they commenced their journey. I think astronomy and astrology were closely inter-related as the scientific method was not yet invented. I do believe there was deep significance in their homage and in their gifts. But I don’t want to be over-dogmatic about it.

“Then the king made Daniel great, …and to be chief governor over all the wise men of Babylon.”
Daniel 2:48 ASV

“Know therefore and discern, that from the going forth of the commandment to restore and to build Jerusalem unto the anointed one, the prince, shall be seven weeks, and threescore and two weeks.”
Daniel 9:25 ASV

Ricky Grimsley [12/29/2015 9:40 AM]
It was was later because the wise men came to “the house”. Herod killed children two years and younger. They saw the star when jesus was born and then they started walking obviously they didnt make it to bethlehem in one day.

Ricky Grimsley [12/29/2015 9:44 AM]
Matthew 2:11 KJVS
[11] And when they were come into the house, they saw the young child with Mary his mother, and fell down, and worshipped him: and when they had opened their treasures, they presented unto him gifts; gold, and frankincense, and myrrh.

Corey Forsyth [12/29/2015 9:53 AM]
Well based on my nativity scene next to the Christmas tree, the wise men stood opposite the shepherds. Jesus was still a newborn so they must have gotten there quickly…

Based on Herod’s decree to kill children 2 years and younger, it seems rather obvious that Jesus was around that age when the magi showed up. Since social media wasn’t around, we can be certain that Jesus’ birth wasn’t plastered all over Facebook, Instagram, and Twitter so news travelled somewhat slower than it does today. Like John Ruffle, I also believe the gifts had significance in their symbolism.

John Ruffle [12/31/2015 12:44 AM]
Only Matt and Luke highlight the Nativity. Matt 2:1 “Now after Jesus was born…” (v7) “… then Herod … determined from (the magi) what time the star apeared.” So all we know here is that the Magi arrived in Jerusalem AFTER the birth of Jesus. How long after we do not know. (v16) “(Herod) sent forth and put to death all the male children who were in BETHLEHEM and all its districts.” (Emphasis added). From Matt account, it would appear that the magi arrived where Jesus was while the Holy Family were still in Jerusalem during the days of purification. I’ll deal with the Lukan account below.

John Ruffle [12/31/2015 12:58 AM]
Luke has the Holy Family returning to Nazareth (2:39) with no mention of the slaughter of the innocents or the Magi at all. Luke adds that “(Jesus’) parents went to Jerusalem every year …” (2:41). Now, this does not preclude the flight into Egypt, it just shows that Luke has chosen not to mention this part of the narrative at all. He may have realised that it would be impossible to include part of that narrative without going into the full details (given Luke’s very precise mind) and he might not have been able to verify every aspect of its sources, so opted to remain silent. Here, what Luke does not tell us is as important as what he does. I’m certainly NOT going to question the accuracy and the inspiration of both accounts, and will not accommodate the view that does is conflict here. I don’t fully understand it, but that dies not allow me to disbelieve. What I have not done at this point is to look at the Church tradition re. the Nativity. This is because most here would probably opt to discount extra-Biblical tradition, and so I am respecting that viewpoint. But from the Scripture alone, it would appear reasonable to suggest that the Magi arrived at a house in Bethlehem within a couple of weeks of Jesus’ birth (although someone may wish to consider the Greek for the words “young child”. That might settle things once and for all. Well … for THIS year, anyhow!) Hope this helps! ?

John Kissinger [12/31/2015 6:43 AM]
“The possibility that one or more of the magi were female cannot be excluded completely,” said a governing committee that has tweaked 68 other prayers included in the revised book of worship. The committee retained ‘magi’ on the grounds that the visitors were not necessarily wise, and not necessarily men.”

The decision to adopt what a spokesman calls a more “gender-neutral” term has riled those who say the 27.5 million-member church the mother church of Episcopal congregations in the United States is bowing to feminists in the name of political correctness, and altogether misinterpreting the account of Matthew 2:1 http://www.washingtontimes.com/news/2004/feb/11/20040211-121228-7836r/?page=all

FacebookTwitterSubscribe
Subscribe to receive all news to your email or phone: [wysija_form id="1"]
giftsjesusmenmenswise

George Peter Holford : The Destruction of Jerusalem, An Absolute…

This book is a must read to understand Matthew 24 and the Abomination of Desolation George Peter Holford : The Destruction of Jerusalem, An…